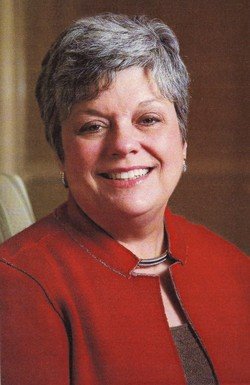 Please share a memory of Judith to include in a keepsake book for family and friends.
View Tribute Book
Judith Suzanne Gravel, 60, died on Wednesday, December 31 at Mt. Sinai Medical Center in New York City, after a valiant battle with ovarian cancer. An internationally renowned pediatric audiologist, Judy was Director of the Center for Childhood Communication and held the William P. Potsic Endowed Chair in Pediatric Otolaryngology and Childhood Communication at the Children’s Hospital of Philadelphia. A graduate of the University of Massachusetts at Amherst, she earned her Ph.D. at Vanderbilt University. She did clinical practice in the Washington, DC area at Gallaudet University and the Fairfax County Public Schools. She held faculty appointments at Columbia University, Albert Einstein College of Medicine, the City University of New York, and most recently at Vanderbilt University and the University of Pennsylvania. She edited three books and authored more 75 articles and 35 book chapters aimed at achieving a better understanding of hearing loss in children, and how best to provide pediatric assessment and management. Dr. Gravel served on more than 60 committees, panels, task forces, and review teams on behalf of the National Institute on Deafness and Other Communication Disorders, The Centers for Disease Control and Prevention, U.S. Public Health Service, Commission of the European Communities Directorate, National Early Hearing Detection and Intervention Technical Assistance Advisory Group, International Working Group on Childhood Hearing, the American Speech Language Haring Association, the Academy of Audiology, and as a Fulbright Scholar. Dr. Gravel was married to Bruce Taylor of Wilton, CT. In addition, she is survived by her mother Muriel Gravel and sister Janet Angelico (Joel) of Foxboro, MA; his children Julie Taylor Hall (Joshua) of Charleston, SC and Jay (Adrian LeMaster) Taylor of Franklin, TN; six grandchildren; and six nieces and nephews. A memorial service will be held at 11 AM on January 24th at St. Mark Episcopal Church, New Canaan, CT. To continue the work to which Judy devoted so much of her time and talent, Vanderbilt University is establishing the Judy Gravel Pediatric Audiology Fund. In lieu of flowers, Judy’s family requests that donations be made to: Judy Gravel Pediatric Audiology Fund c/o The Vanderbilt Bill Wilkerson Center 1215 21st Avenue South Medical Center East, S. Tower Nashville, TN 37232 Saturday January 24, 2009 , 11:00 am at St. Mark's Church Click for Map and Directions

Share Your Memory of
Judith
Upload Your Memory View All Memories
Be the first to upload a memory!
Share A Memory