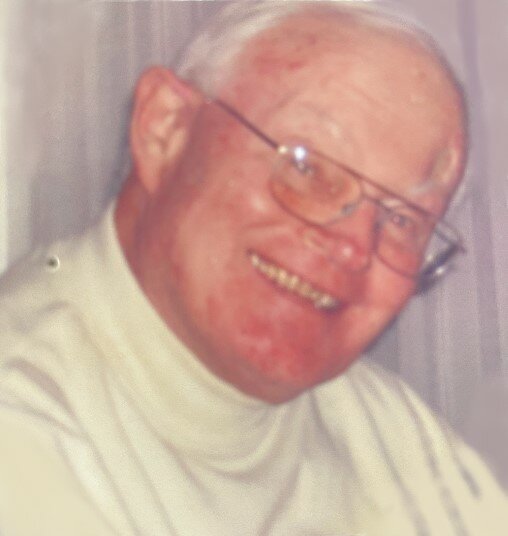 Please share a memory of Donald to include in a keepsake book for family and friends.
View Tribute Book

Donald John Usher, Jr. 87, of Cape Cod, formerly of New Canaan, CT passed away peacefully with his loving wife, Elaine Hanson Usher, by his side. He was born in Troy, NY. to the late Donald John Sr. and Nora (Greely) Usher.

He enlisted in the US Navy in 1955 and served four years as a Navy Medic at the Charlestown, MA Naval Hospital and aboard the USS Renville in the South Pacific. He graduated from the Cleveland Institute of Technology and received an MS in Science (Biology) from the University of Bridgeport, then studied Marine Biology at the University of Oregon.

He taught at the University of Bridgeport, then joined the faculty at New Canaan High School as a Biology teacher and served as the Department Head for several years. He was an Assistant Football, Track and Basketball Coach and then became Varsity Basketball Coach from 1976-1995.

Don was a fan of UCONN Men and Women’s Basketball, enjoyed skiing, suffered playing golf, tending his Rose Garden, fishing for stripers, singing with the Mid Cape Chorus and attending Cape Symphony concerts. His most favorite thing to do was to spend time with his wife, son and grandchildren.

He was a member of the New Canaan Old Timers Association, a member and usher at the Church of the Holy Spirit, Orleans, MA, a member of the Romeos Lunch Group (Retired Old Men Eating Out), Mid Cape Chorus, and Mid Cape Men’s Club.

In lieu of flowers, the family suggests donations to:

Share Your Memory of
Donald
Upload Your Memory View All Memories
Be the first to upload a memory!
Share A Memory