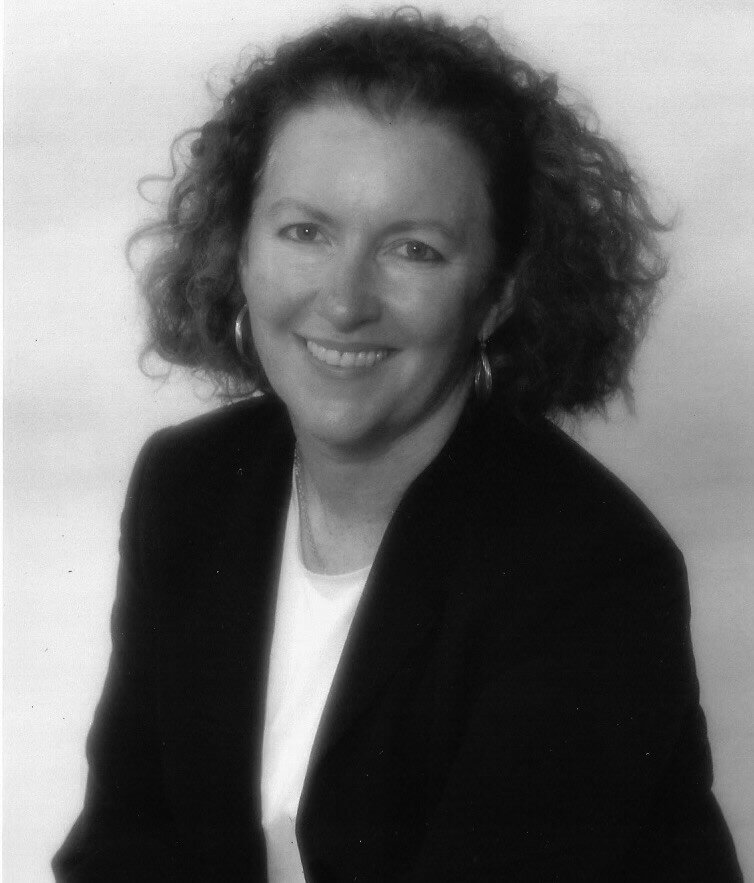 Please share a memory of Eleanor to include in a keepsake book for family and friends.
View Tribute Book

Eleanor B. Meredith passed away on October 2, 2021 at her home in New Canaan surrounded by her husband and children after privately struggling with bile duct cancer for several years. A caring wife and loving mother of four; owner of her own publishing business and an entrepreneur at heart; and a friend to many and a sounding board to all.

Born in Trenton, New Jersey in 1956, Eleanor grew up in Pennington, New Jersey, with horses in her backyard - which started her life-long passion and love of riding horses. She attended Stuart Country Day School of the Sacred Heart in Princeton, where she excelled in a variety of sports and was the president of her senior class. She then went to Georgetown University in Washington, D.C., graduating with a degree in English Literature, where she made a permanent mark on the university’s athletic program in several ways. She played varsity field hockey all four years, was MVP, and was invited to play on the national Women’s Field Hockey Team. Her most significant impact started her first semester freshman year, where she decided to start a women’s lacrosse program there - which didn’t exist at the time. In a typical Eleanor fashion, she stubbornly went toe-to-toe with the legendary basketball coach John Thompson Jr. to get funding for the new team - which has flourished into a successful national program. While attending Georgetown, she was named Washington, D.C. Woman Athlete of the Year.

After graduating from Georgetown in 1977, Eleanor headed to New York City and Chase Manhattan Bank’s training program, where she met her future husband, Steve Monroe. After two years, she left and went to Columbia Business School, with Steve in tow. Graduating with a major in finance, she headed to private investment banking firm Dillon Read for three years, where she structured large bond financings for major not-for-profit hospital systems, and then moved to Paine Webber.

But she always had that entrepreneurial itch, and in September 1986, she transitioned from executive to entrepreneur after taking ownership of Irving Levin Associates with her husband, Steve. She was the Publisher and Partner, directing all marketing, strategic direction, and business development. Eleanor won many industry awards for her early and innovative use of online and video marketing and led Irving Levin’s revenue growth to put the company on the Inc. 5000 list of fastest growing companies in the country for three years in a row.

Having served as an influential authority in healthcare finance for almost 40 years, Eleanor was a commanding and compassionate leader in business. Her incredible career was recognized through several awards, winning a Stevie Gold Award in 2015 for “Female Executive of the Year” and a 2016 Folio Award for “Top Women in Media: Entrepreneurs.”  Eleanor continued to follow her passion of helping young adults with her own nonprofit, Two Bookends, which brought students and seniors together through legacy researching and publishing projects. She also employed many of her children, children’s friends, and family friends through a robust internship program she created - continuing to serve as a role model for young adults in the business world.

Eleanor’s proudest accomplishment was raising four children while running a business, and was an inspiration to all as she showed everyone that women could do both. Her children were her world, as she took immense satisfaction in their accomplishments.

Eleanor’s speciality was connecting with people. She was an enthusiastic host whose entertaining skills focused on the company and conversation while always welcoming new guests to the table. Countless friends and family spread across the world have felt her grace when crammed around her family dinner table. Though the dinners were loud, boisterous affairs with Eleanor’s laughter carrying over the fray, her spirit also lives on in the quiet conversations and support she’s offered to her family and friends over the years - shaping big decisions and helping a generation of children grow into adults, as she was a mother figure to many. She was a role model for people both young and old in her personal life and business life. She was kind, generous, open, thoughtful, and loving, but tough when it was needed. Most of all, she was known for her infectious laugh, which could get an entire room laughing.

Eleanor always strove to impact any community she was a part of, whether through mission trips with the Congregational Church of New Cannan, her nonprofit Two Bookends, coaching many youth soccer teams for her children, and serving a four-year term on the Board of Education in New Canaan.

She was an avid walker, tennis player, horseback rider, traveler, lover of the arts and culture scene in New York City, and late in life took up doubles squash, a sport she fell in love with and could play for hours on end. Eleanor was an active and beloved member of the Country Club of New Canaan, The Quechee Club in Vermont, and the University Club in New York City.

With her infectious and jovial laugh she made the world a better place. She will be missed and loved, but most importantly celebrated for the remarkable woman she was.

She is survived by her husband of 36 years, Steve Monroe, and four children: Meredith, Ellie, Regi, and Drew; son-in-law Sam Thorburn; her two sisters, Regina Meredith-Carpeni and Alexandra Meredith, nieces and nephews, and countless close friends that she would consider family. She is predeceased by her brother Edward B. Meredith, Jr. and her parents, Regina H. Meredith and Edward B. Meredith.

A memorial service to celebrate Eleanor’s life will be held on October 23 at 11:00 am at the Congregational Church of New Canaan.

Share Your Memory of
Eleanor
Upload Your Memory View All Memories
Be the first to upload a memory!
Share A Memory