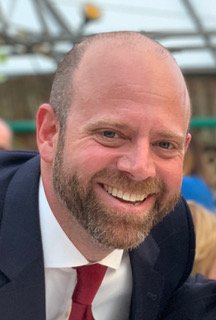 Kevin Thomas Flatow, of Westport and Norwalk CT, died unexpectedly at home on March 25, 2021. He was 47 years old.

Kevin spent his early childhood years in Philadelphia and moved to Westport at 14. He was a 1992 graduate of Staples High School, where he Captained the Varsity Ice Hockey team, and a 1996 graduate of Curry College in Milton, MA. Kevin enjoyed a robust and successful career with the healthcare firm True Benefit. He was an avid men’s league ice hockey player, youth hockey coach and scheduler with Darien Youth Hockey Association, and a longtime NY Rangers fan like his father. His kind and thoughtful spirit, his love of friends and family and his infectious sense of humor always enlivened his backyard barbecues with his wide circle of devoted family and friends.

Kevin’s greatest accomplishment and love, however, was his son William. They were truly best friends who always looked out for one another. He cherished every hockey game, every flag football game and every round of golf with his son and favorite partner, Will.

Like his maternal grandfather, Kevin was naturally mechanical. At an early age he could take apart a lawnmower engine and put it back together – and then proceed to throw said engine on a go-cart and fly up and down the street. Kevin was a neat freak. So much so that when he and younger brother Brendan shared a room he divided it with tape so he could keep his side clean. Kevin was profoundly social and his positive, gregarious presence was immediately felt everywhere he went. Kevin loved to travel, especially when it was with family to Ireland, Canada, Florida, Avalon, NJ and Nantucket.

A kind, sincere and big-hearted man, a dedicated and committed uncle, brother, son and most importantly Dad, his indomitable spirit and infectious ready smile, constant phone calls, trademark whistle and genuine love of family and friends will sustain us all forever.

A Mass of Christian Burial will be held Wednesday, March 31st at St. Aloysius Church, 21 Cherry Street, New Canaan at 11:00AM. A reception line will be held before the Mass beginning at 10:00AM. Interment will be private.

The Mass will be streamed for those unable to attend: Link: https://boxcast.tv/view/memorial-mass-for-kevin-t-flatow-fq3fcwijzgy4jpzijtvl

In lieu of flowers, donations may be made to Friends of DYHA (Darien Youth Hockey Association)

Friends of DYHA primarily raises funds to assist the organization in fulfilling its mission of providing an opportunity for the maximum number of local children to participate in its hockey programs—girls, boys, house and travel.

Share Your Memory of
Kevin
Upload Your Memory View All Memories
Be the first to upload a memory!
Share A Memory