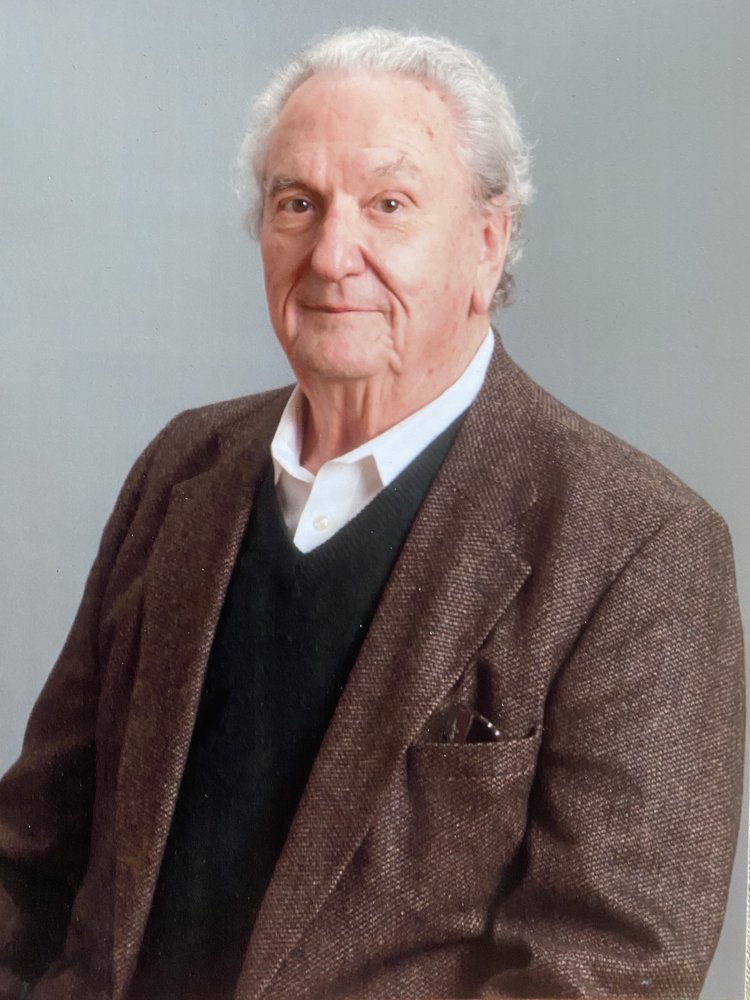 George H. Megrue, age 84, passed away at home on December 27, 2020, in New Canaan, CT.  He is survived by his wife of 63 years, Suzanne J. Megrue of New Canaan, his son and daughter-in-law George R. and Kathleen Megrue of Milford, CT and daughters, Katherine Megrue-Smith and her husband Allen of New Canaan and Karen Megrue Feringa and her husband Dave of Basking Ridge, NJ and his brother John F. Megrue of Dataw Island, SC. He was predeceased by his son, Kevin and his mother, Mildred K. Baehr.   He was very proud of his 14 grandchildren and one great grandson.

George graduated from Amherst College in 1957 and received an MA in 1960 and a PhD in 1962 in Geology from Columbia University.  His education continued as a postdoctoral student and Junior Research Scientist in the Chemistry Department of Brookhaven National Laboratory.

He pioneered the development of laser mass spectrometry and received a patent for the development of this apparatus in 1971.  His system and technique enabled him to be a Principal Investigator for NASA to analyze soil and rock samples returned from the Apollo 12, 14 and 15 lunar landing missions. He was awarded a grant to explore the Ethiopian Rift Valley while employed as a Senior Scientist at the Smithsonian Astrophysical and Harvard College Observatory in Cambridge, MA (1967-1974).   In 1975, he incorporated Megrue Microanalytical Systems Company, a research and development firm.

With his wife, George cofounded Foxglove School in New Canaan which provided an early childhood environment for learning by self-discovery.

George began his study of sculpture in 1976 at the Silvermine School of Art in New Canaan and later studied under Jose de Creft at the Art Students League in New York City and Robert Reed from Yale University.    His figurative work was in wood, metal and fiberglass and he also enjoyed creating graphics and photography.

Intellectually curious, George continually challenged himself to read and learn about a wide variety of subjects.  He especially loved world travel with his wife.  He was a loving husband, father and grandfather (“Papa”) and will be greatly missed.