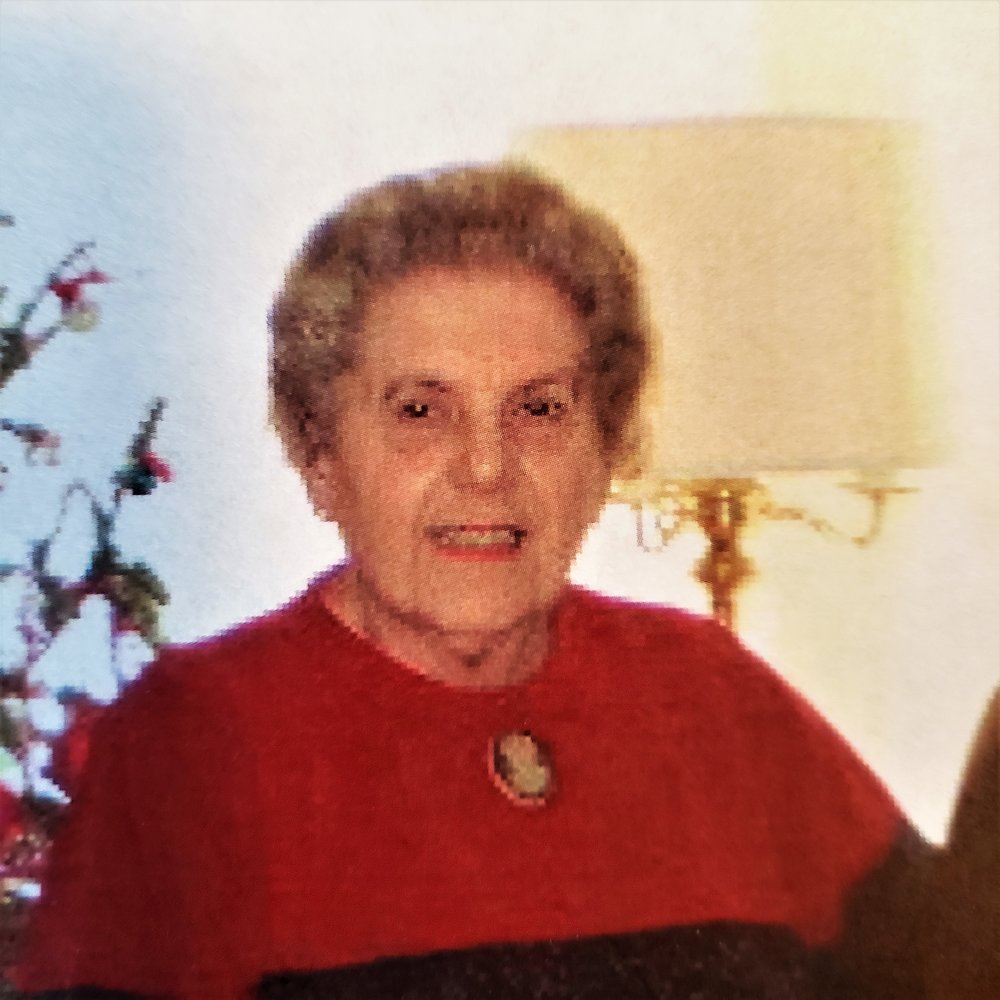 Please share a memory of Carmela to include in a keepsake book for family and friends.
View Tribute Book

She was the daughter of the late Joseph DiPanni and Teresa Lapolla DiPanni. She was predeceased by her husband, Patsy J. Totaro.

Carmela attended Center, Saxe, and graduated from New Canaan High School.  Carmela then went to work at Totaro's Fancy Foods Market on Elm Street. She and Patsy were married September of 1951 and raised a son, Gary Totaro of New Canaan and a daughter, Patricia T. Angeletti of Florida.

One of Carmela's favorite activities was bowling. Her creative skills included designing specialty fruit baskets at Totaro's Fancy Foods. After her retirement, she continued the fruit baskets at her brother's Michael and John DiPanni's family Deli and Veggie Barn and also designed the wreaths for the family Christmas tree business.

A Mass of Christian Burial will be held at St. Aloysius Church, New Canaan, CT on Tuesday, December 29th at 11:00am.  A public walk through visitation will be held on Tuesday, December 29th from 9:30-10:30am at Hoyt Funeral Home, 199 Main St., New Canaan. Visitors are asked to wear masks as they walk through, pay their respects and exit without lingering to ensure all guests can come through the building. Interment will follow at Lakeview Cemetery.

Share Your Memory of
Carmela
Upload Your Memory View All Memories
Be the first to upload a memory!
Share A Memory