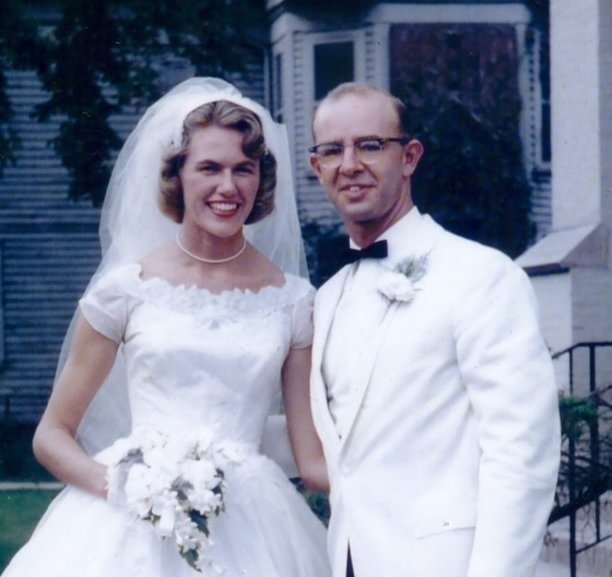 Edward January 28, 1933 ~ March 18, 2020 On March 18, 2020, Edward Joseph Elbert, 87, devoted husband and father, passed away after a brief illness. Born to Edward & Lillian Elbert in Brooklyn, NY on January 28, 1933, Ed grew up in Little Silver, NJ. Throughout his primary education, he received compliments from his teachers describing his kindness, positivity and determination. He graduated from Red Bank High School in 1951 and attended Lafayette College in Easton, PA on a full scholarship and majored in industrial engineering. He was captain of the swim team and an incredibly dedicated member and alumnus of the Delta Tau Delta fraternity throughout his life, attending nearly every reunion and many Lafayette sporting events with his fraternity brother and best friend of 70 years, Lou Schaffer. Upon graduation in 1955, he was hired by IBM in plant management which initially took him to Kingston, NY, and ultimately to New Canaan, CT where he raised his family. He traveled extensively for work, both domestically and internationally to include Europe, Japan and South America. This incredible career allowed him to cultivate lasting friendships with international colleagues whose families often visited their home in Connecticut. As a result, their daughters developed deep interests in Europe and Japan which greatly influenced the trajectory of their lives. He retired from IBM in 1992 and, not surprinsingly, chose to keep his mind active and challenged, preparing taxes for H&R Block for 20 years and then independently until his passing. He was a very active member of the Presbyterian Church of New Canaan. Over the 45 years he attended, members greatly admired his steadfast devotion, adored his bright personality and were deeply grateful for the multitude of roles he embraced with energy and dedication. Ed married Vivian Etta Tarbell on August 27, 1960 with whom he raised two daughters, Sally and Susan. They enjoyed frequent family trips to Lake George, NY and he took great joy in sharing both Europe and Asia with Vivian and his daughters. He truly found something to love and learn about every place to which he ventured and everyone with whom he spoke. In retirement, he could often be found reading and clipping articles to share, tending to his yard and garden beds, watching the Yankees and UCONN Women’s Basketball, swimming, running errands, attending Men’s Club meetings and events, and spending time with his daughters and grandchildren who were his world. True to form, Ed could not pass up an opportunity to see his grandson play baseball in the Cal Ripken World Series and traveled to Florida in August 2018 to witness this event first-hand. He is survived by his daughter, Susan Elbert Tregoning (Aaron), son-in-law, Steven Kalin, and three grandchildren, William and Madeline Kalin, and Connor Tregoning. Vivian, his wife of 60 years, followed him to heaven on March 21, 2020. He was preceded in death by his daughter, Sally Elbert Kalin (June 19, 2010). Vivian April 24, 1937 ~ March 21, 2020 On Saturday, March 21, 2020, Vivian Tarbell Elbert, 82, loving wife and mother, passed away after a brief illness. Delivered into this world by her grandfather to Roscoe & Marjorie Tarbell on April 27, 1937 in Cortland, NY, Vivian grew up in Elmira, NY. Her three younger brothers filled her childhood with countless memories of fun, mischief and steadfast sibling love. One of her brothers recalled hiding her school bag one day so that she couldn’t leave the boys behind. Another brother shared that at very young ages, she taught them the fine art of chivalry and how to respect women. She also provided them the perfect example of how one pursues their dreams. She graduated from Southside High School in 1955. Vivian earned an associates degree from Elmira College in 1957 and worked summers serving others at the Northfield Inn. Her passion to help others and become a nurse led her to Columbia Presbyterian School of Nursing where she earned her RN. Mutual friends introduced Vivian to Edward Elbert and they married on August 27, 1960. Ed’s career with IBM brought them to Kingston, NY where Vivian became a Public Health Nurse for the Ulster County Department of Health. There they enjoyed a full social life with their IBM and nursing colleagues and friends. They ultimately settled in New Canaan, CT where they raised their two daughters, Sally and Susan. The family attended the First Presbyterian Church of New Canaan. Vivian provided her daughters with a truly idyllic childhood and embraced her role as wife and mother hosting innumerable playdates and parties. She helped Sally run Camp Pixie summer camp from their home for several summers which kept Susan and many of her friends busy with crafts and games. The family enjoyed traveling to Lake George, NY, Nantucket, MA and Stone Harbor, NJ, several popular U.S. destinations including a two-week western trip to visit national national parks and internationally to Europe and Japan. Vivian worked as a school nurse at East School and part-time as an office manager for a few small businesses in New Canaan. She was an avid reader and enjoyed long conversations with those she loved most. Vivian and Ed enjoyed watching the Yankees and UCONN Women’s Basketball and actively followed their grandchildren’s sports and activities. She gave everyone with whom she spoke her undivided attention. Her smile and voice were filled with warmth and compassion and left a lasting impression. Vivian was always thinking of others, never wanted anyone to worry about her, and derived so much joy from her friendships. Her family was her world, especially time spent with her grandchildren which was priceless to her. Vivian is survived by her daughter, Susan Elbert Tregoning (Aaron), son-in-law, Steven Kalin, three grandchildren, William and Madeline Kalin, and Connor Tregoning, two brothers, Russell Tarbell (Marion) and Edward Tarbell (Marianne), sister-in-law, Niki Tarbell, six nieces and one nephew. She was preceded in death by only three days by her husband of 60 years, Edward Elbert (March 18, 2020), daughter, Sally Elbert Kalin (June 19, 2010) and brother Richard Tarbell (April 5, 2016). A Celebration of Life will be held at a later date at the First Presbyterian Church of New Canaan.

Share Your Memory of
Edward J. & Vivian T.
Upload Your Memory View All Memories
Be the first to upload a memory!