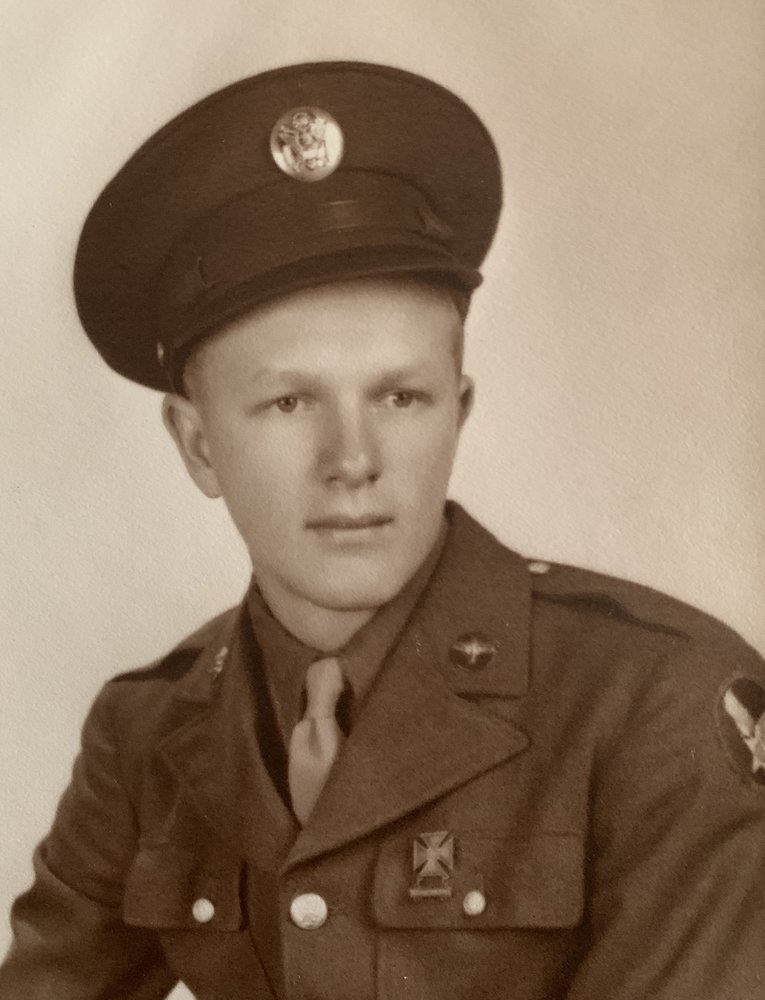 Theodore (Ted) Edward Ogonek, 94, of Stamford CT, passed away peacefully on March 17, 2020, with his son by his side. He was born in Stamford, CT on December 8, 1925, the youngest of six children of first generation polish immigrants, the late Valerian and Stella Ogonek. Ted was a lifelong Stamford resident. He grew up on Selleck Street and attended John J. Ryle Elementary School, Cloonan Junior High School and the Connecticut Trade School (now known as J.M. Wright Technical High School). On March 7, 1944, Ted enlisted in the United States Army Air Force and became an aircraft mechanic and flight engineer, focusing his craft on B-17 Flying Fortresses, B-24 Liberators and B-29 Super Fortresses. After Japan surrendered, he went to Germany to work on P-51 Mustangs and helped assemble the P-80 Shooting Star, the first U.S. jet fighter plane in Germany. He was a Sergeant in the 38th Fighter Squadron 55th Fighter Group. After the war, Ted returned to Stamford and worked at Stamford Tool and Die. After 25 years, he joined Perkin Elmer until retirement. In 1952, Ted married the love of his life Anastasia Daniluk. They were married for 65 years and raised two sons together, Ted and Mark, in North Stamford, CT. Ted was a devout Catholic and a member of the Church of the Holy Spirit in Stamford. He and his wife Anastasia enjoyed attending Msgr. Kevin Royal’s masses on Saturday evenings. Ted’s passion was his patriotism. He often told stories about World War II. He was the Grand Marshal of the 2018 Stamford Veterans Day Parade. Ted was thankful to the Springdale VFW and the Stamford Veterans Council for this honor. Ted is survived by his loving son, Theodore S. Ogonek, and his fiancée Maria Camomilli and her son Paul Camomilli. He was predeceased by his son, Mark David Ogonek and his beloved wife, Anastasia, in 2017. The Family of Theodore E. Ogonek would like to thank Ted’s many home health care aides and Edgehill Skilled Nursing Facility of Stamford for their excellent and compassionate care. Funeral services are private and provided by Hoyt Funeral Home, 199 Main Street, New Canaan, CT. Burial at Lakeview Cemetery, 352 Main Street, New Canaan, CT. A Catholic Memorial Mass will occur at a future date.

Share Your Memory of
Theodore
Upload Your Memory View All Memories
Be the first to upload a memory!