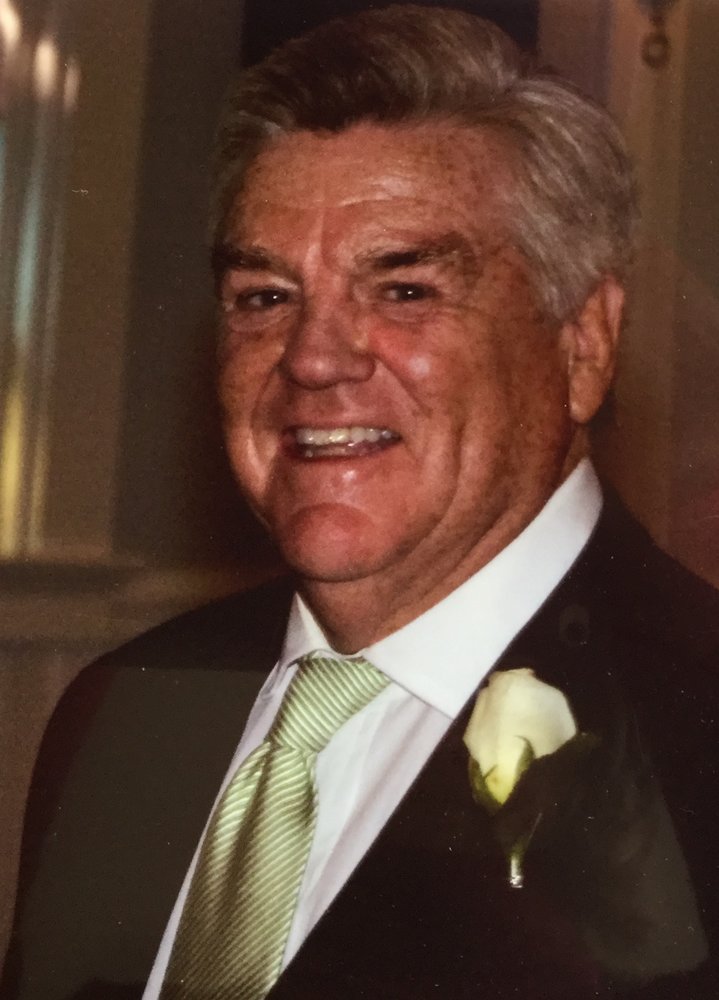 William Thomas Murphy, Jr., 72, of New Canaan, CT, passed away peacefully on January 26, 2020 after a year-long battle with cancer, his loving family by his side. Bill was born in Providence, RI to the late William Thomas and Martha Otto Murphy. He was a loyal friend to many and devoted husband of Nancy E. Edmonds. He possessed an enthusiasm for life, a gentleness of spirit, and a deep love of family. At Lake Forest Academy, Bill developed his expertise as, among other things, a springboard diver; he graduated from Williston Academy in 1965. At Harvard College, where he graduated in the Class of 1969, his coach and others considered him one of the college’s best divers ever. He received an MBA from Stanford Graduate School of Business in 1972, and enjoyed nearly five decades of diverse work in advertising, sales and marketing, completing his career selling real estate in New Canaan. Bill was an all-around athlete, with infectious enthusiasm and sportsmanship. He loved and excelled at any sport he tried, whether in the pool or on the courts with racquet in hand for paddle, tennis, or squash. But his greatest passion was for the game of golf. A former member of The Country Club (Brookline, MA), Pine Valley Golf Club (NJ), Woodway Country Club (Darien, CT), and a current member of The Kittansett Club (Marion, MA), his knowledge of the game was encyclopedic and his respect for its rules and integrity was unwavering. He was a formidable opponent, a supportive partner, and an astute coach. He loved everything about the game: the architecture, the history, the lore and the crazy colorful clothes! In addition to Nancy (the love of Bill’s life and his wife of nearly ten years), two daughters and a son survive him. They are Alison L. Murphy, of New York, NY, and Lindsay Murphy Barr (Justin), of Highlands Ranch, CO, and William Thomas Murphy, III (Katharine), of Atlanta, GA. Bill was deeply proud of all three, and of his two granddaughters Sloane and Berkeley Barr and his grandson William T. Murphy, IV. He is also survived by his former wife Cynthia Wilkinson. His brother, Peter Otto Murphy, predeceased him. A Memorial Service in celebration of Bill’s life will be held February 15, 2020 at 11:00 at the Congregational Church in New Canaan, at 23 Park Street, followed by a reception at Woodway Country Club. In lieu of flowers, contributions in Bill’s memory can be made to Lake Forest Academy, through its Advancement Office, 1500 W Kennedy Rd, Lake Forest, IL 60045, or www.lfanet.org/give. Please indicate that your gift is in memory of Bill Murphy, ’65.