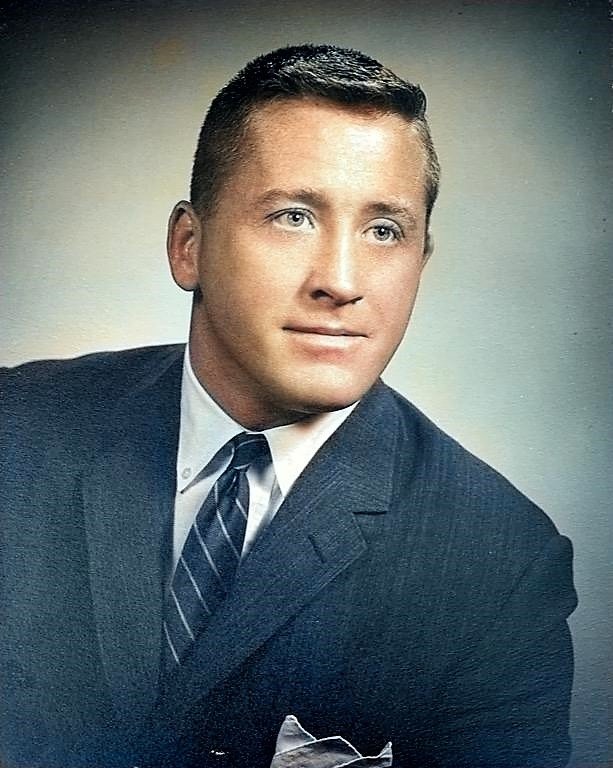 Robert J. Arrix, 86, of New Canaan, CT passed away peacefully on July 20th, 2019 with his loving family by his side. He was born April 13th, 1933 in Teaneck New Jersey to the late John and Mary Arrix.

Bob excelled in the classroom and on the athletic fields. After graduating Teaneck High School in 1950 and earning All-State honors in football, Bob continued his prolific athletic career at The Peddie School. During his post-graduate year, Bob played an integral role in an undefeated season tallying a team leading 76 points (nine touchdowns and twenty-two extra points), and was later inducted into The Peddie School Sports Hall of Fame in 2006 for his standout two-way play. Bob went on to play football at University of Notre Dame where he was a member of the 1953 National Championship team led by Frank Leahy. During his sophomore year for the Irish, he set a modern Notre Dame record for field goals, including a key three-pointer against USC to cement a 9-0 victory in one of the most dramatic games ever played in South Bend.

Bob’s successful career began as a brand marketer with Colgate-Palmolive followed by Johnson & Johnson. He then worked as Director of Marketing for Trans World Airlines (TWA) for 6 years. Bob harmonized his love for athletics and advertising when he transitioned into a job at Ski Magazine as Vice President of Sales and Marketing. In 1973 Bob founded Capital Sports, a marketing company that would go on to redefine how brands integrated with sporting events. Capital Sports was instrumental in building and facilitating events such as the 1980 Olympic Games in Lake Placid, US Open tennis, Tour de France, The Equitable Family Tennis and Ski Challenges and the Bausch & Lomb Woman’s Tennis Championship for over 25 years. Bob was quoted in 1977 describing his business’ ethos: “our company was founded on performance...we have a good reputation for fulfilling obligations. If nothing else, that’s what Capital Sports is all about.”

Bob married the love of his life, Catherine Kervick, on April 12th, 1957 in Short Hills, New Jersey St. Rose of Lima’s Church. The couple moved to Westfield, New Jersey where they lived for nine years. As their family grew, Bob and Cate moved to New Canaan, Connecticut in 1967 where they would become core pillars of the community for over five decades. Bob, a loving husband, devoted 61 years to his happy marriage with Cate.

Bob was best known for his larger than life personality, booming laugh, and quick wit. He enjoyed traveling, spending time in Florida during the winter, playing golf, and most of all being around his family. He has been a member of Woodway Country Club since 1975.

In a 2005 article, Bob proclaimed that “to stay young, you must be involved with life. Attitude is everything. If you can’t laugh, if you can’t enjoy what you’re doing, then life is just not worth living.”

A mass will be held at St. Aloysius Catholic Church in New Canaan on Wednesday July 24th at 11:00 am. The family will be receiving friends at 10:30 am at St. Aloysius Church prior to the Mass.