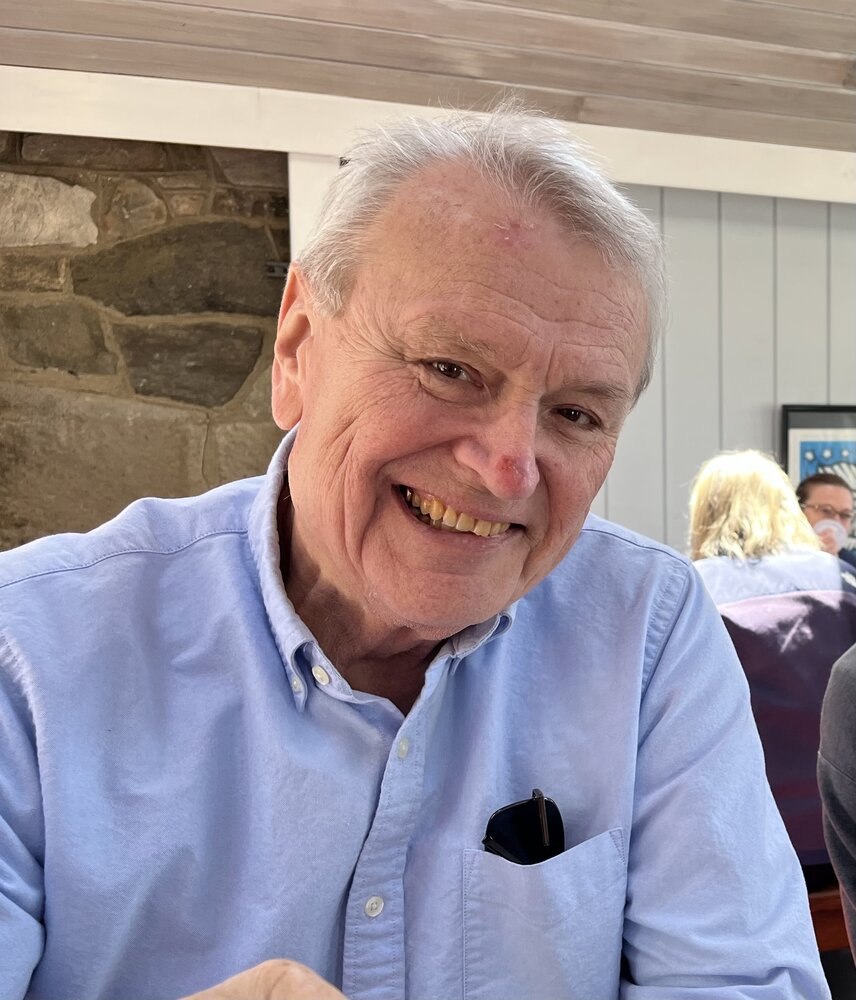 Please share a memory of Daniel to include in a keepsake book for family and friends.
View Tribute Book

Daniel John Scanlon, 77, a resident of New Canaan, CT, passed away peacefully at home surrounded by his loving family on January 23, 2023. He was born on April 28, 1945 in Peckville, Pennsylvania to the late James and Margaret (Slivka) Scanlon.

Dan, or Danny, to many, grew up in Jessup, PA, and Linden, NJ. He attended Villanova University, Class of 1966, and started a legacy there, with both his children, his niece and now a granddaughter following in his footsteps. As an educator earlier in life and later a financial services executive, he provided for his family and was able to enjoy a variety of hobbies including golfing, sailing, woodworking, gardening, and being a Villanova basketball season ticket holder. Of late, he enjoyed the “Property Manager” title at the family homestead.

Dan is survived by his son, Brian, daughter-in-law, Erin, and grandchildren, James, Clara and Madeline Scanlon, and his daughter, Audrey, son-in-law, Patrick, and granddaughter, Jane Cavanaugh. Also, his loving brother, Jim, and sister-in-law, Karen Scanlon, niece Megan (Todd) Brandenberger, and their children, Tyler, Wesley and Sara. He has many treasured friends and family in the Lackawanna Valley, and up and down the East Coast. He will be missed by many.

At the request of the family, services will be held in private.

Share Your Memory of
Daniel
Upload Your Memory View All Memories
Be the first to upload a memory!
Share A Memory