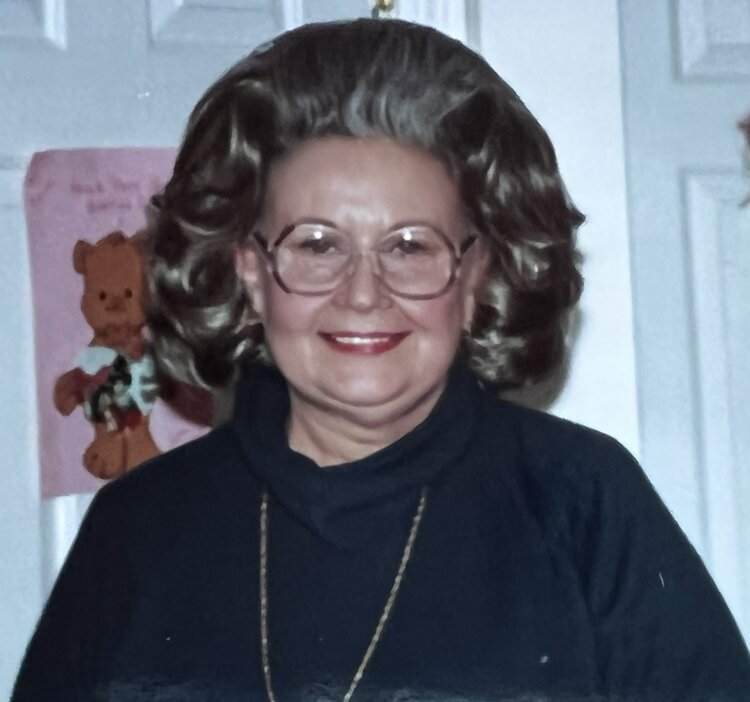 Please share a memory of Audrey to include in a keepsake book for family and friends.
View Tribute Book

Audrey was born in New York City on October 18, 1926. She was the daughter of Robert and Ivy Lewis Clarke. Audrey was a registered nurse at St Catherine’s Hospital in Brooklyn, New York. There she met Charles, who was then a resident doctor at St Catherine’s. They married soon thereafter. His continuing duties in the Air Force following World War II took them initially to Orlando, Florida.

They eventually moved back to New York and together raised their family in Forest Hills Gardens, Queens, New York as Charles established his medical practice in Greenpoint Brooklyn. Audrey and Charles had been married for 60 years at the time of his passing in 2007.

Audrey was an active member of the New Canaan community. She was a longtime member of St. Aloysius parish where she participated in various church groups. She was a dedicated volunteer for Meals on Wheels as well as Waveny Care Center.

The family would like to express its deep appreciation for the wonderful, attentive and compassionate care the Waveny staff always showed to Audrey, especially in the last week of her life.

A Mass of Christian burial will be held on Thursday, January 12, 2023 at 10 AM at St Aloysius Church, Cherry Street, New Canaan with Interment at Assumption Cemetery, Westport CT.  The Mass for Audrey will be live streamed at the following link, https://boxcast.tv/view/memorial-mass-for-audrey-fleischmann-laeaubk0vnpqymzj0nbs

In lieu of flowers contributions may be made to the Waveny Care Center, 3 Farm Rd., New Canaan, CT 06840.

The Hoyt Funeral Home, New Canaan has charge of arrangements.

Share Your Memory of
Audrey
Upload Your Memory View All Memories
Be the first to upload a memory!
Share A Memory