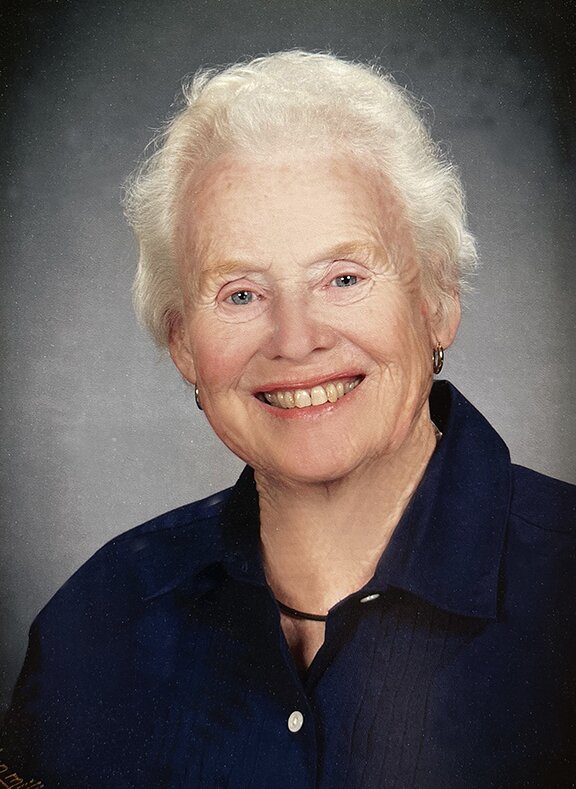 Please share a memory of Betsey to include in a keepsake book for family and friends.
View Tribute Book

Betsey Doyle died peacefully after a long illness on November 27.  She was born Betsey McClellan Innes on September 26th, 1929, in Ross, California and grew up in rural California.  She had many fond memories of summer vacations on the beach in Bolinas California and sailing on Pinecrest Lake in the Sierra Nevada Mountains.

At the Katherine Branson School and the University of California – Berkeley, she met lifelong friends.  She graduated from the University of California Berkeley in 1952.   She maintained contact and was active in several her high school and college networks and alumni associations.  She celebrated her 93rd birthday with family and friends a few months before her death.

At Berkeley, she met her husband, Bernard Ray Doyle.  She raised three children with him, all the while relocating her family from California, to Washington state, to upstate New York, back to California, and then finally to New Canaan, for his career at General Electric. In 1971 she and her family settled in New Canaan and she has lived there ever since. One constant in her life was summer vacations at Blue Mountain Lake in the Adirondacks for over 50 years.

Betsey will be remembered with love and gratitude for her selfless devotion to her family, for her loyal and long-lasting friendships, and for her love for and dedication to her husband.  She spread beauty wherever she went through her gardening, her flower arranging, her thoughtful consideration for others, and her artwork.

A Memorial Service honoring Betsey that was originally scheduled is now at 1pm on Saturday, March 4th at St. Mark’s Church in New Canaan with a reception following at The Inn (located behind St. Mark’s).  In lieu of flowers please contribute to the Waveny Care Center.  Link for donations - https://weblink.donorperfect.com/BetseyDoyle

Share Your Memory of
Betsey
Upload Your Memory View All Memories
Be the first to upload a memory!
Share A Memory