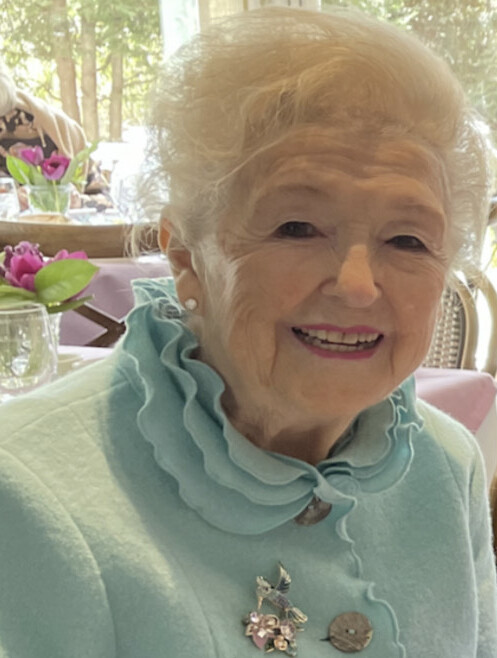 Please share a memory of Eileen to include in a keepsake book for family and friends.
View Tribute Book

Eileen “Sulli'' Seger passed away after a brief illness on October 29th, surrounded by family. Sulli was born on May 22, 1930 in Lewiston, Maine to Joseph and Ida Sullivan. She attended Edward-Little High School in Auburn, Maine. After high school she went to the Auburn Maine School of Commerce where she met Roland “Ron” Seger. They were married in 1950 and left Maine to begin their life together following Ron’s career across the country. When they landed in Long Island they had their first child, Ronald. Later they moved to Illinois where they made many friends and were very involved in Barber Shop and Sweet Adeline singing groups. There they welcomed their daughter Kathleen. In 1968, the family of four moved to Wilton Connecticut where they lived for 25 years. In Wilton, Sulli was involved in many organizations including New-n-Towne, Encore, Gourmet Club and the Wilton Playshop. At Playshop, Sulli was in several productions and shined with her brilliant smile and great sense of humor.

Sulli took pride in being a stay-at-home mother but after her children grew up and left home, she attended Sacred Heart University and became a real estate agent. Her real estate career was a successful one including selling the first million dollar home in New Canaan and winning a Mercedes. It was then that she fell in love with New Canaan and decided to purchase a Victorian home to renovate there. Renovating her South Avenue home was a labor of love and it showed in every nook and cranny. Upon completion, she and Ron moved into it and spent the last and most happy years of her life. She made many friends playing bridge, attending St. Aloysius, discussing movies at Critics Corner, and storylines with her book group.

Sulli is survived by her son Ronald Seger and his wife Jody of Wenham, MA, her daughter Kathleen Derian and her husband David of Medfield, MA, her five grandsons, Nicholas, James, William, Christopher and Michael and her many friends. We will miss her, however we take solace in some of her last words, “I am content. I have lived a wonderful life.” And she did.

Visiting hours will be on Friday, November 4th from 4-8 pm at Hoyt Funeral Home at 199 Main St., New Canaan. A funeral mass will be held in St. Aloysius’ Church at 21 Cherry Street at 11:30 am on Saturday, November 5th. All are welcomed. In lieu of flowers, contributions in Sulli’s name may be made to St. Jude’s hospital to fight children’s cancer.

Share Your Memory of
Eileen
Upload Your Memory View All Memories
Be the first to upload a memory!
Share A Memory