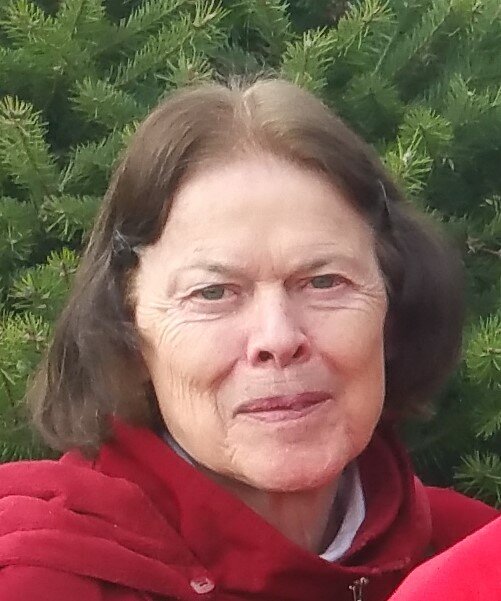 Please share a memory of Ruth to include in a keepsake book for family and friends.
View Tribute Book

The daughter of Ralph F. and Alice Patterson Bovier, Ruth was born in Towanda, PA on August 24, 1938.  She attended elementary and high school in Towanda, and moved during her junior year to Johnstown, where she graduated from Westmont-Upper Yoder High School in 1956.  She enjoyed playing the clarinet, and was a cheerleader and flag twirler.  She learned to sew at a young age, a skill that she used throughout the rest of her life.

Ruth earned a degree in Home Economics from Hood College in 1960, moved to Grosse Pointe, MI and worked for Detroit Edison as a Home Economist.  Her role for the company was to demonstrate to consumers the wonders of cooking with electricity.  However, she and her roommate noted the benefits that their friends who were teachers enjoyed (summer vacations, namely), so she returned to school and earned a teaching certificate from the University of Michigan.  She enjoyed teaching elementary school in St. Clair Shores, MI.

Shortly after moving to Michigan, Ruth met Robert (Bob) Witt at a party.  They discovered mutual Pennsylvania roots; he offered her a ride home for Easter, and they fell in love.   The two married in 1965 in Grosse Pointe, MI.  They then moved to Darien as Bob’s career took him to New York, and to New Canaan in 1970, where they raised their three children and enjoyed 50 years of marriage.

As a parent of twins with special needs, Ruth became very active as their advocate and co-founded the New Canaan Parents of Special Children in the early 1980’s.  The group successfully lobbied for New Canaan’s first Group Home.  Ruth also served on the board at STAR, Inc, dedicated to supporting children with special needs.  She also remained a dedicated crafter, and joined the New Canaan Sewing Group in 1988, eventually serving as head of the group responsible for quilting hundreds of items whose profits have been donated to local area charities over the years.

In addition to volunteer work, Ruth was an active tennis player at Mead Park, and enjoyed touring the world with Bob.  They visited 6 of 7 continents together, often traveling with friends.  Ruth wasalso a longtime member of the Presbyterian Church of New Canaan.

One of her greatest joys was her three grandchildren, who grew up locally in Wilton.  Ruth was involved in all aspects of their childhoods, and was present at all of their births, recitals, sports events, graduations, and more.  She traveled with them to Canada, Arizona, Maine and Hawaii over the past few years, and shared incredible adventures and laughs with them. Always sharp-witted, family Sunday dinners with Ruth were a joy.  She will be greatly missed.

Ruth was predeceased by her parents and her husband Bob.  She is survived by her sister Dorothy (Dot) Gueritey of Marco Island, FL, twin sons Ronald Witt of Stamford and Robert Witt of Norwalk, daughter Robin Witt Allen (Matthew) of Wilton, grandchildren Connor, Caitlin and Courtney Allen of Wilton, and several nieces and nephews.

A memorial service will be held on Saturday, September 10 at 12:00pm at the Presbyterian Church of New Canaan.

In honor of Ruth and her contributions to the community, a charitable legacy fund has beenestablished at the New Canaan Community Foundation.  This fund, in both Ruth and Bob’snames, supports nonprofit organizations and causes that mattered most to them, such as GetAbout, STAR, Inc., Abilis and Camp Horizons.  Donations of any amount may be sent in hermemory to the Foundation at 111 Cherry Street, New Canaan CT 06840.  For more information, please call 203-966-0231 or email info@newcanaancf.org.

Share Your Memory of
Ruth
Upload Your Memory View All Memories
Be the first to upload a memory!
Share A Memory