10 trees were planted in memory of
Alfred E. Smith V

Such a heartbreaking loss.
Please wait
P
Peter posted a condolence
Alfie was and remains a unique and gifted soul. His authenticity, courage and thirst for life were inspiring. His love for his dad was inspiring, as was his dad's love for him. Their lives here were an example of empathy for others, honest effort, and genuine kindness. I love them but miss them both terribly.
Please wait
Share Comment
S
Stacy O'HareY lit a candle
//s3.amazonaws.com/skins.funeraltechweb.com/tribute-gestures/Candle.png

I am heart broken this young man left this world wow what a gentleman and true beautiful person .His family helped my Mom I will never forget it my heart aches for your family how generous and lovely you all are.God called you home You were so kind and such a nice friend. You are in paradise with all those who reside in heaven. May your family find peace strength grace and ❤️ They truly do not make like you anymore .I just want to say it was an honor to have known you .May you rest peaceful and sing high with all the Angelic angels God's amazing helpers in heaven .God bless you all Stacy O'Hare
Please wait
Share Comment
D
David O’Halloran posted a condolence
On behalf of Saint David’s teachers and boys, past and present, I extend our heartfelt condolences to Spencer, ‘22 and his family. May his dad rest in eternal peace — David O’Halloran
Please wait
Share Comment
A
Adam Berman posted a condolence
I first met Alford over seven years ago he taught me everything about the gold business we constantly laughed supported each other when we needed to in and out of the program but it’s the end of the day we’re always there for each other I saved him a seat every Friday night at the Palasides meeting I was always texting him are you coming? He would say yeah Berm! Short Berman !
Please wait
Share Comment
J
Jimmy Ritman uploaded photo(s)
/public-file/859/Ultra/532d469f-dc7e-42b0-9336-f416a1743457.jpeg 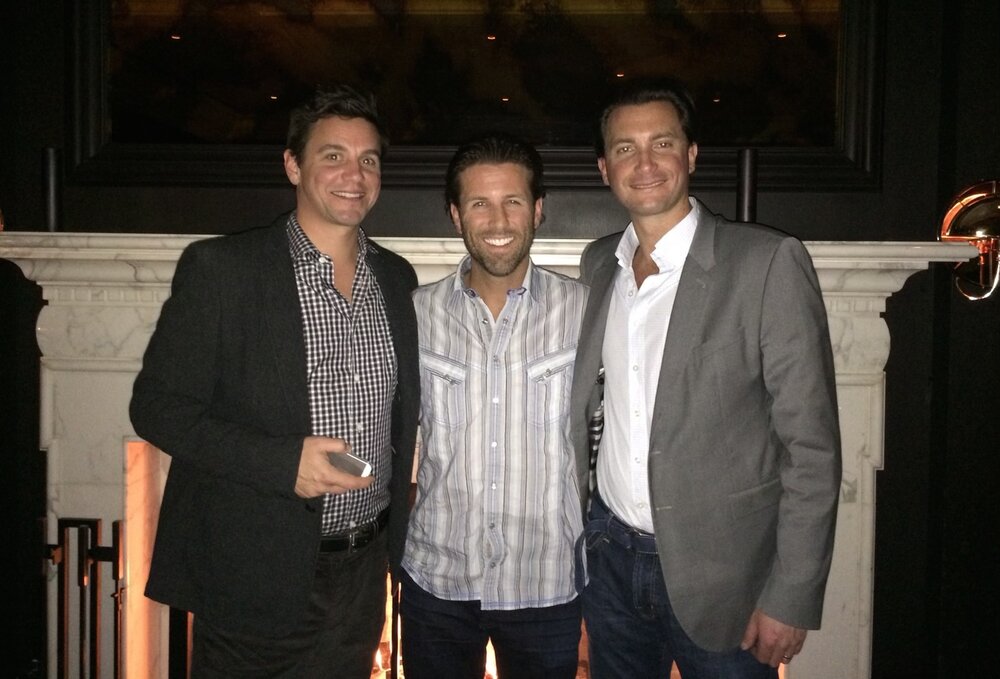 The biggest brightest smile, the warmest kindest heart and a charisma that swept up any room or gathering. Alfie was at his core, plain and simple, just a great guy. He is loved by so many. Because to know Alfie was to love Alfie. He had way of putting you at ease, and was the most generous soul. A gentleman, a great friend and a lovely human. Gone way too soon but never forgotten. Say hi to your Dad Alfie. We will all miss you. Love you pal. My deepest condolences to all who loved Alfie, especially his family. Sincerely, Jimmy
Please wait
Share Comment
D
Dan True uploaded photo(s)
/public-file/858/Ultra/Image_jpg.jpg 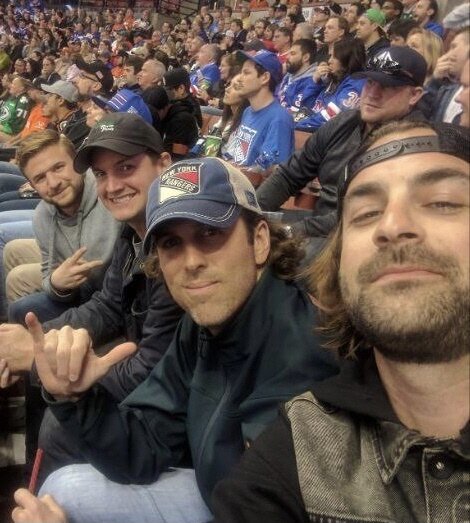 In the summer of 2015, my fiancé and I moved out to Santa Monica. Neither of us had jobs lined up let alone a place to live or a car to get around in, so the first few weeks were spent in motels and on a few rare lucky nights, hotels. Fittingly, Alfie couldn’t understand why we wouldn’t just spring for the Loews on Ocean Avenue until we found an apartment. Naturally, reality quickly kicked in and we worried if we’d ever land on our feet. Sensing my concern, Alfie asked if I’d work with him and assured me everything would work out just fine. I wasn’t sure if I was mistaking Alfie’s nonchalant positivity for bliss naivety, but he had me sold so I went with it. As it turned out, he was right, and Aisha and I went on to live in Santa Monica for 5 unforgettable years. Alfie had many great qualities. He was genuine, sincere, gracious and he loved to have a good time, but above all, I’ll remember his incredible generosity. One particular night that stands out was when we went out for a celebratory dinner (Alfie made sure each win in life was fully celebrated). Alfie had never let me pay for anything, so I figured I’d finally turn the tables on him. Right after we requested the check, I excused myself so I could find our waiter to make sure Alfie didn’t have the opportunity to reach for his wallet and ultimately pay, because he would have insisted until the very end. Once I found the waiter, he told me my friend was much quicker to the draw. Alfie had slid him his credit card the minute he walked into the restaurant, demanding to cover the entire bill. Once I returned to the table, Alfie told me the celebration was for me and that I could pick up the next dinner, which of course he never allowed. Whether it was scheming the perfect give-and-go in between shifts during our hockey games, making the annual trek to Staples Center and Honda Center to cheer on our beloved Rangers or driving home from work in your doorless 1980’s Jeep Wrangler on the freeway with Jerry Garcia blaring, that magical adventure would not have been possible without your inspiration and guidance. I will forever be indebted to you for taking me under your wing professionally and for making sure as outsiders Aisha and I got to experience all Southern California had to offer. It was an honor to be considered your right-hand man in the office, and an even greater privilege to just be your friend. Until we meet again, may the four winds blow you safely home. -Dan True
Please wait
Share Comment
s
sheila kearney cordtz posted a condolence
We send our deepest condolences to Nan and Catherine and hold you both in our hearts and our daily prayers. Much love to you both- Sheila and Jeff/George Cordtz and family
Please wait
Share Comment
J
Janet Masingill posted a condolence
May God keep the Smith family in His tender care, till He brings you together again. My heart is with you, all and am saddened to learn of your great loss! It has been an honor to know AES V, Alfie... in this life, always known to be a good man, and a good person, who loved his Family, and will be missed by so very many people, including, me! Always love, Janet Masingill, formerly of the Stock Exchange Luncheon Club, NYSE, 11 Wall St.
Please wait
Share Comment
F
Frank Peluso uploaded photo(s)
/public-file/842/Ultra/5bd3e5be-d820-4cf5-8cb9-42085fbbbf56.jpeg 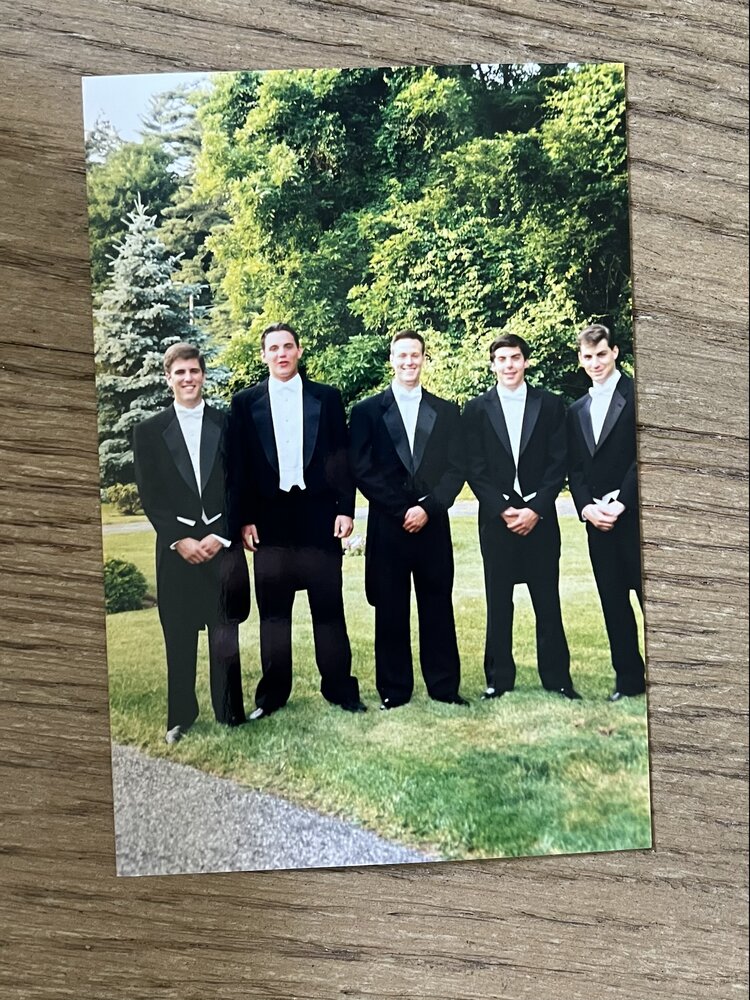 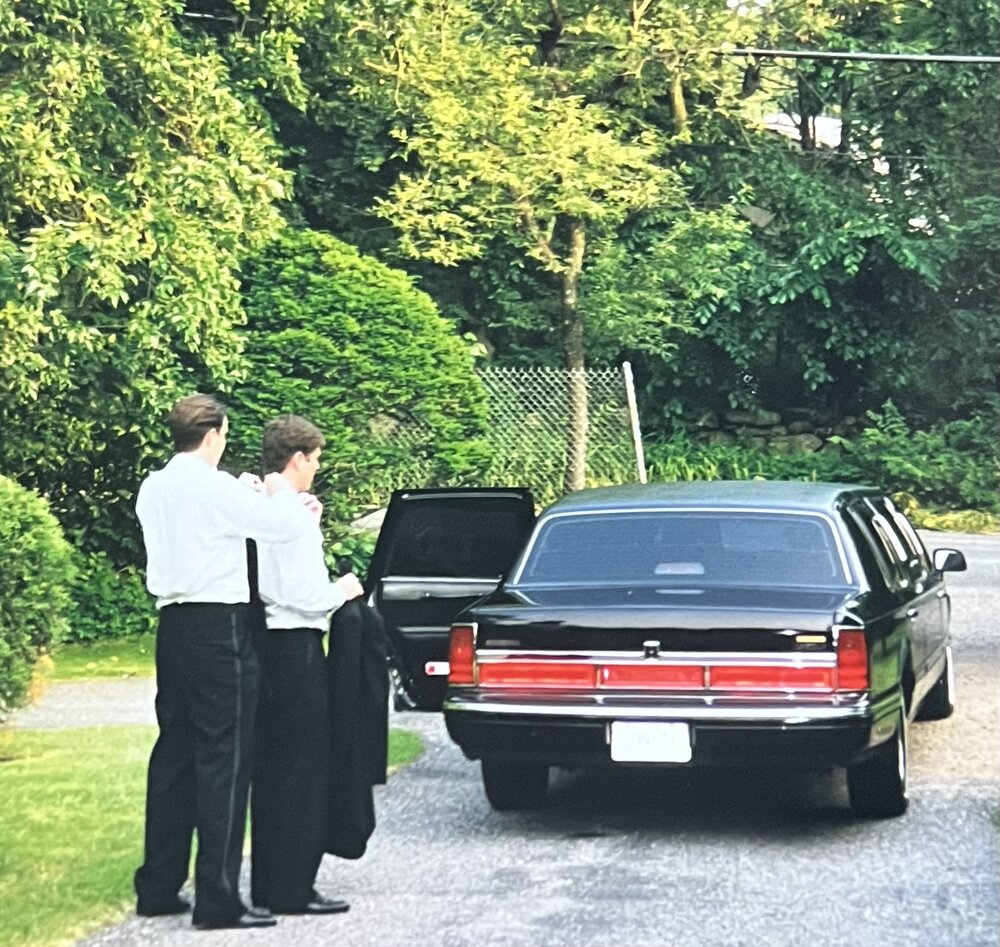 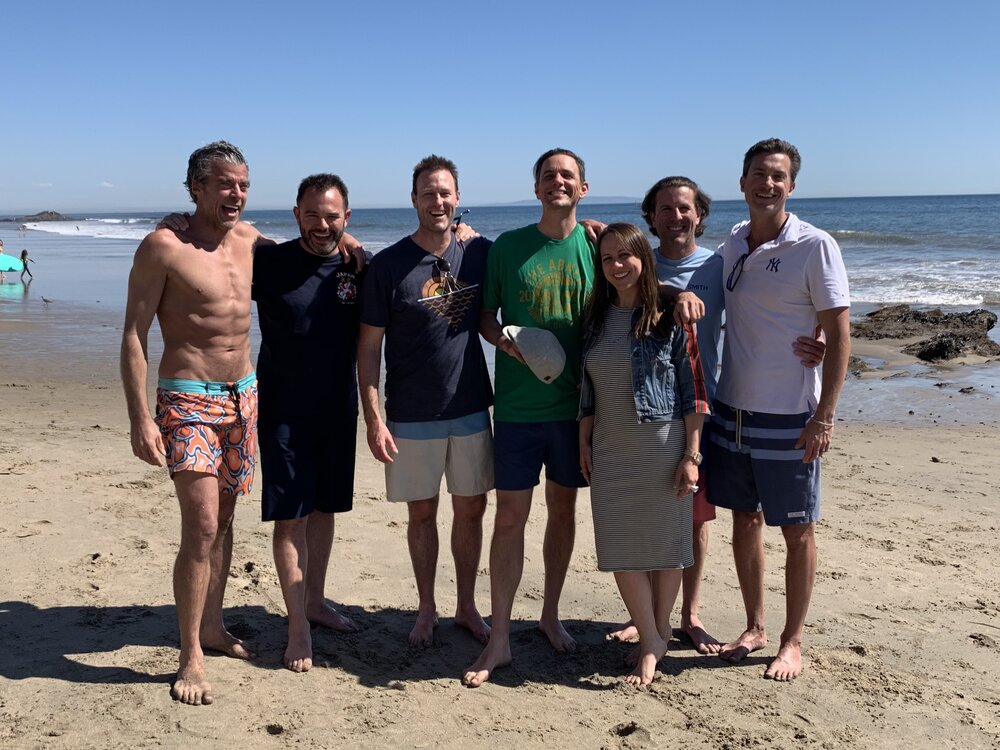 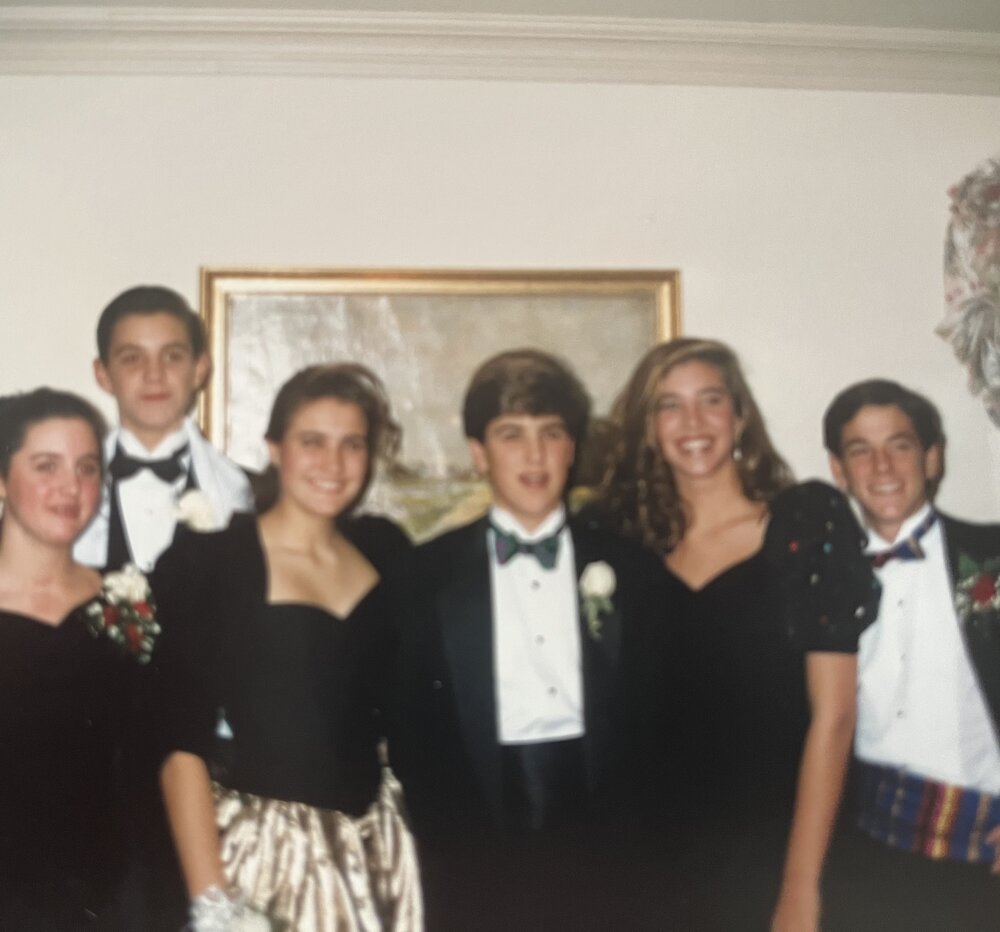 + 2
Alfie Smith was above all things, a gentleman. Some of the very best memories of my life started off with Alfie suggesting, “What if we did this?” The first time he said it to me was the Mike Tyson - Michael Spinks fight. I came over that night and we watched it on Pay Per View and it was definitely the most exciting 91 seconds I had had in my life up till that point. And so whenever he said “What if we did this?” from 1985 on, it didn’t matter what the idea was—Puerto Rico, Vegas, New York, LA, Santa Barbara—I was IN. While most of the times Alfie wore a tuxedo in his life were not with me, almost all the times I have worn one was with him. From the first moments of our friendship, Alfie included me in everything, and I went along for the ride. Never have I laughed so hard with anyone. There are very few people that share the exact sense of humor that we developed together. The few that remain will have to keep the memory of his love and his enthusiasm and his passion for life, alive in his memory. Give #IV him a big squeeze for me. I’ll see you fellas soon. One more thing, before I go, I’ll tell you my favorite Alfie Smith quote. Whenever we were seated at a bar, and we have been seated at many together, he would offer a standing woman his seat and insist she take it. He NEVER asked anything in return for this gesture mind you. He did it because he was a gentleman. I asked him one time why he always insists on standing when a woman is present. He explained it was an old joke, that came from his days on the floor of the stock exchange. “When you work on the floor”, he said, “you never sit, not ever. From bell to bell, you are standing.” He continued “After work, at the bar, when I would sit down and have a beer, whenever a woman approached, I would stand and insist she take my seat, I’ve been sitting all day, I would say.” But Alfie hadn’t been sitting. He hadn’t sat since even once since the 5:43 AM express from Darien that morning. Thank you, Alfie. Thank you for teaching me how to be a gentleman. And thank you for including me in so many of your adventures. I never had as much fun in my life before or since. None of us did, or ever will again. Your pal, Frank
Please wait
Share Comment
M
Mark Elswick uploaded photo(s)
/public-file/839/Ultra/a1362846-e66e-4cd4-8d48-6d6b38d8cfaf.jpeg 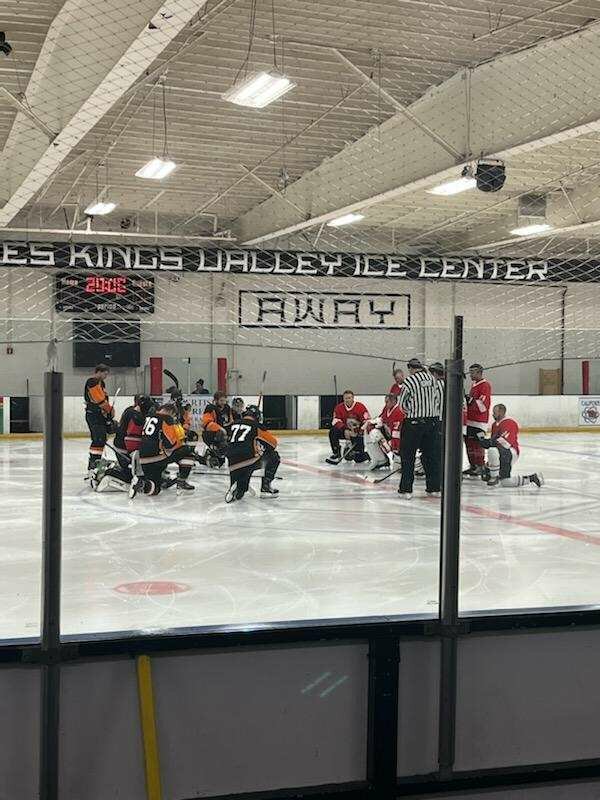 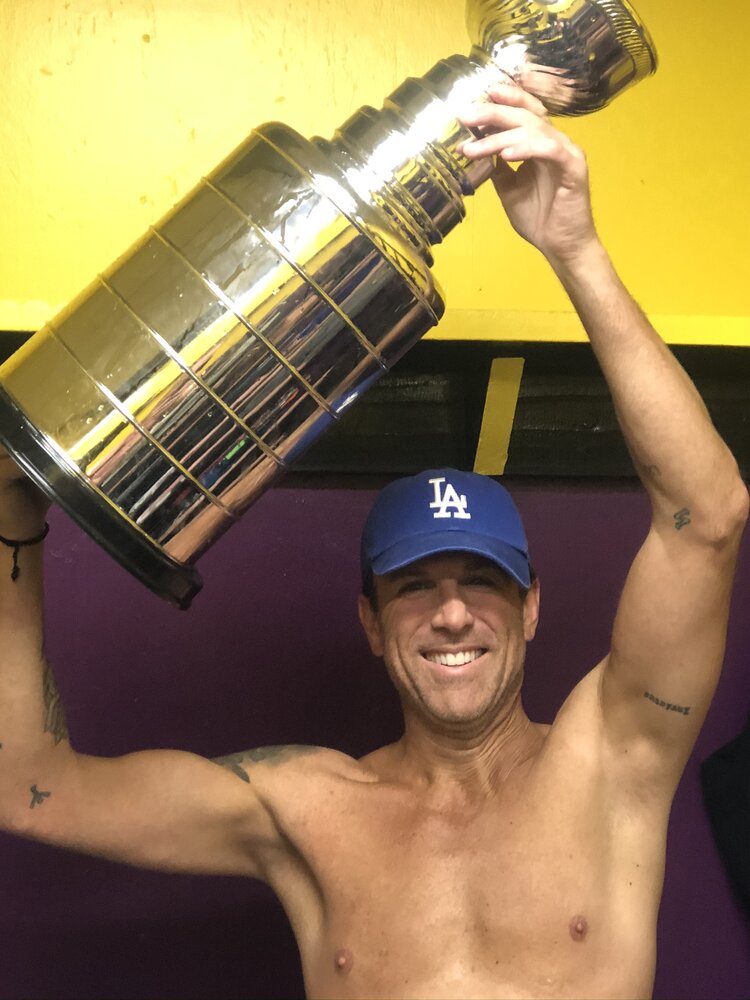 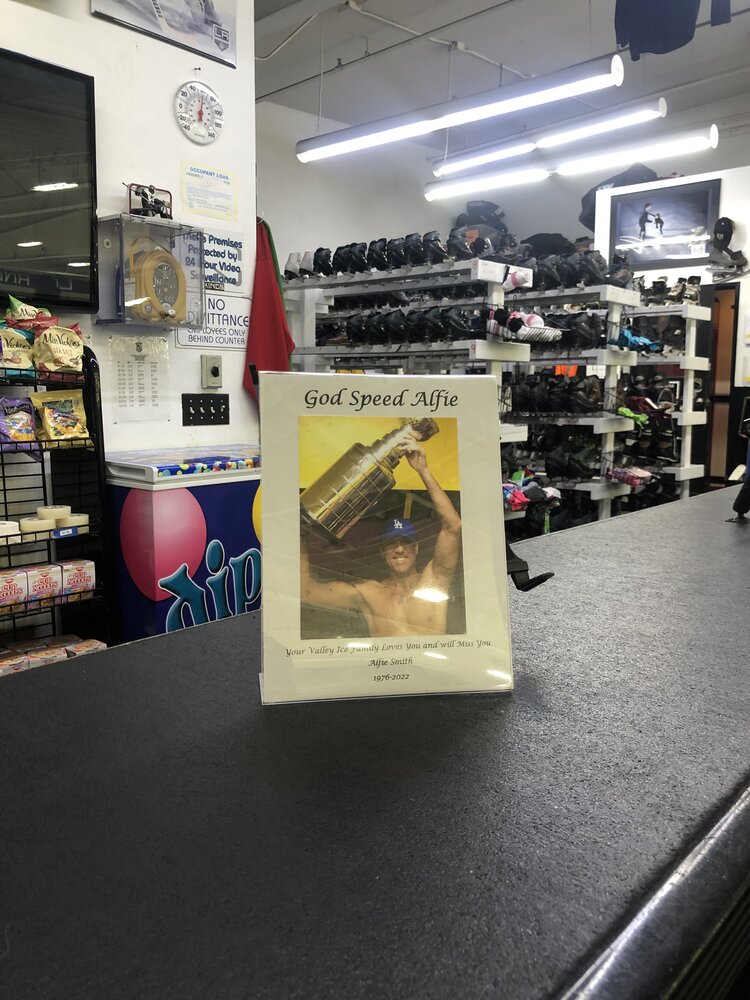 Alfie was our Hockey brother and teammate for the past 5 years. Everyone loved Alfie and was one of my favorite people on this earth. Alfie loved playing hockey and played 3-4 nights a week. I coordinated the players for each game and Alfie-I’m IN said it all alway first to reply that he was in to play. #10. Alfie we love and miss you brother. Condolences to his family for their loss. He was as good as it gets! RIP Alfie
Please wait
Share Comment
A
Arthur Dallas Posted Aug 15, 2022 at 4:33 PM
He still Remains AES V
Report
<< Previous Next >>

Share Your Memory of
Alfred
Upload Your Memory View All Memories
Be the first to upload a memory!
Share A Memory