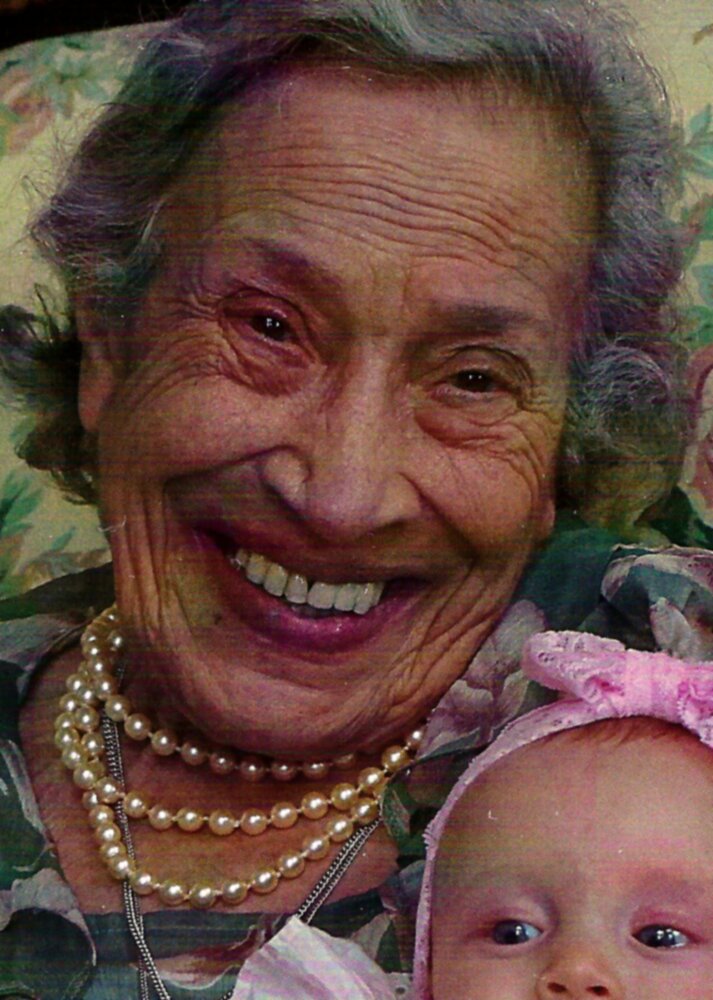 Obituary of Gloria A. Franco

Please share a memory of Gloria to include in a keepsake book for family and friends.
View Tribute Book

She was born in New York City on November 9, 1926 to her parents Michael and Catherine Calise.  The family moved to Westport, CT where her father established The Westport Game and Poultry Farm on the Post Road.  She attended Greens Farms School and was a graduate of Staples High School, Class of 1944. Following her graduation, she attended Berkeley Secretarial School in NYC.

The game farm became what is now known as Calise’s Market.  Her father established a liquor store next to the market.  A young salesman wearing a snazzy bow tie caught Gloria's attention when he walked into the store.  His name was Dick Franco.   A little matchmaking by Gloria's sister Susie ensued.  On October 12, 1949, Gloria and Dick married.

They soon moved to Elm Place in New Canaan where they started their family. After giving birth to five children they built a home on Tommy’s Lane where the family grew to 11 children. The home became the epicenter of Franco birthday parties, kick the can, capture the flag, flashlight tag, clam bakes, horseshoe tournaments, legendary graduation parties, and weddings for the next 50 years.

While raising 11 children occupied a great deal of her time, Gloria still involved herself in the community. She was a Room Mother, CCD teacher and Library Mother at St. Aloysius School where all 11 children attended. She was an active member of the Democratic Town Committee, past president of the local UNICEF chapter, past board member of both the New Canaan Women's Club and the New Canaan Parks and Recreation Commission. She was also involved with the American School for the Deaf in Hartford. Gloria and Dick cut a great deal of carpet as enthusiastic members and past presidents of the New Canaan Dance Club.

Gloria Franco was an instrument of her faith.  It is impossible to write about her life without touching upon her deep involvement with the Catholic Church.  She was a fixture for decades at 7:00 AM Mass, where her elocution of liturgical readings was much appreciated by those in attendance.  She was once given flowers by a parishioner because, as he exclaimed,  “you're the only reader I can hear!”

Holy water fonts filled, priests' vestments washed and ironed, flowers arranged, and collection baskets counted were some of the small ways Gloria Franco expressed her devotion to the church.  But it cannot be expressed  emphatically enough that she lived her faith in ways that touched all those around her through her love, her acts of kindness, and her generous spirit.  Gloria gave from her want, not her surplus.  Her door was open to all who needed a sympathetic ear, and her advice always came from a place of love and kindness.

We would be remiss if we did not mention Gloria's decades-old ritual of 3:00 tea time.  The libation itself was secondary to the act of gathering.  Attendance was open to all.  Stories were shared, cups refilled, cakes eaten, but by 5:00 you were shown the door so Gloria could say her evening prayers.

A wake will be held at Hoyt's Funeral Home in New Canaan on Thursday, July 21st from 3:00 PM to 7:00 PM.  The funeral will be at Saint Aloysius Church on Friday, July 22nd at 10:00 AM. Family and friends are able to use the Richmond Hill lot if the church parking lot is full.

Those who wish to make a donation in honor of Gloria's life may send gifts to Saint Catherine Center for Special Needs in Fairfield, CT.

Share Your Memory of
Gloria
Upload Your Memory View All Memories
Be the first to upload a memory!
Share A Memory