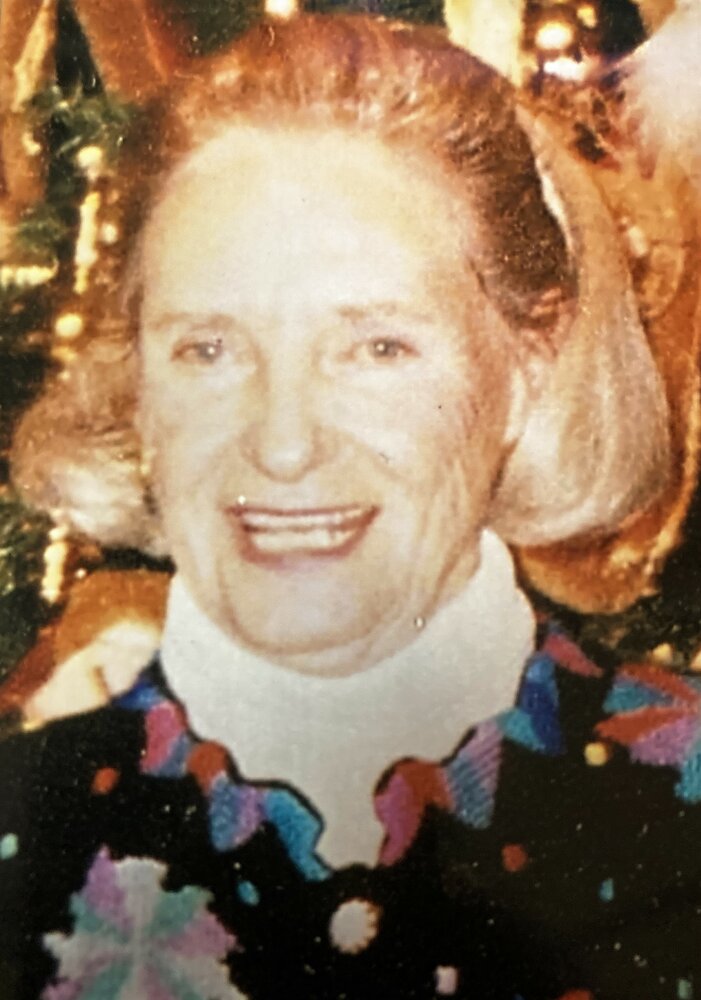 Please share a memory of Dede to include in a keepsake book for family and friends.
View Tribute Book

After a brief illness, Doris (Dede) Lynch Nahrwold passed away peacefully on April 28, 2022. Born in Allentown, Pennsylvania on July 13, 1922, Dede was the daughter of the late William Henry and Della (Idye) Lynch. She spent most of her adult life between New Canaan, Connecticut, Naples, Florida and with her daughter Nancy and family in Greenwich, CT.

Raised in Camp Hill, Pennsylvania, Dede ventured out on her own to New York City to pursue a career in fashion where she developed an impeccable sense of style, grace and elegance that stayed with her forever. While in that industry, she enjoyed traveling throughout the United States and Canada. It was then, as an independent woman, when she vacationed in Bermuda with friends where she met the love of her life, Mort, that she regularly referred to as “Love at first sight!”

Dede was extremely generous and gave all her time to her family. She cherished traveling to places all over the world with her husband and eventually, with her children and grandchildren. She also enjoyed many rounds of golf with her grandchildren, most notably at Woodway Country Club, The Club at Pelican Bay in Florida and Montauk Downs.

As a Nutritional Consultant Dede helped many in the community live healthier lives with her learned knowledge of health science, ahead of her time. She devoted years of service to Naples Hospital and Habitat for Humanity.

Dede was recognized for her service by the New Canaan Republican Town Committee where she served as Secretary and Vice Chairman, 1967 – 1974. She also spent many years volunteering at Republican Headquarters.

Her loving spirit, wisdom and sense of humor will forever be in the hearts and minds of her family and greatly missed.

A private burial and family service will be held at Lakeview cemetery in New Canaan.

Contributions in Dede’s memory may be made to Christ Church Greenwich, CT

Share Your Memory of
Dede
Upload Your Memory View All Memories
Be the first to upload a memory!
Share A Memory