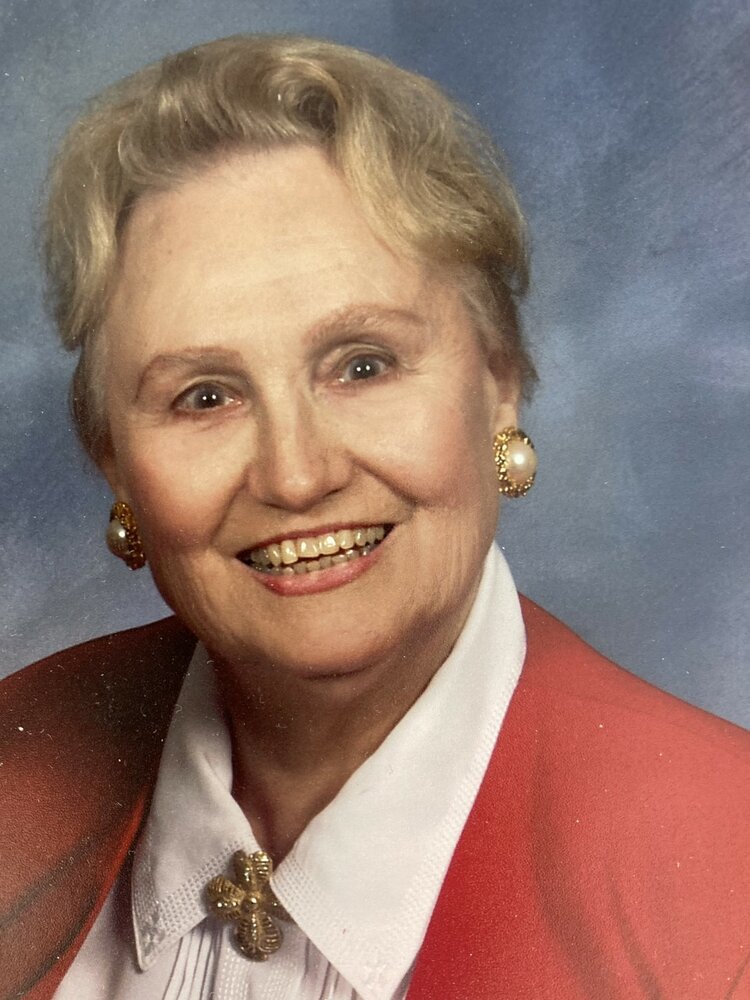 Please share a memory of Jean to include in a keepsake book for family and friends.
View Tribute Book

Jean K. Goodell of New Canaan, Connecticut died peacefully on March 13, 2022.  She lived in New Canaan for sixty -two years.  Born in Schenectady, New York (September 30, 1929), she was the daughter of Chester and Jennie Kowobus.  She was pre-deceased by her husband of 62 years, E. Raymond Goodell Jr.

Mrs. Goodell graduated from the State University of New York at Oneonta and did her graduate work at New York University.  She taught school for several years before moving to New Canaan.    Mrs. Goodell served as secretary for the New Canaan Community Council, and as Trustee of the United Methodist Church, where she was a long-time member.  She was also a member of the United Methodist Women, the Children’s Service Circle, and served as a volunteer with the American Red Cross.

Mrs. Goodell was a real estate broker in New Canaan for 25 years and owned Lundy Associates Gallery of Homes, Inc. at Morse Court and South Avenue.  She was a member of the New Canaan Board of Realtors serving as secretary and treasurer, and as Director for several years.  She served as Chairman of several committees and was a member of the Connecticut Association of Realtors and the National Association of Realtors.  Mrs. Goodell was also elected as regional representative of the of Gallery of Homes, Inc., and served as Director in Fairfield County.

Jean was a kind and generous mother, wife, grandmother and friend who will be missed dearly.  She loved life and treasured the many special relationships that she nurtured throughout the years.

The family will receive friends at Hoyt’s Funeral Home on Thursday March 17 from 3:00 – 7:00 pm.  A Memorial Service will be held at the New Canaan United Methodist Church, 165 South Avenue on Friday March 18 at 11:00.  Burial will follow at Lakeview Cemetery.

Share Your Memory of
Jean
Upload Your Memory View All Memories
Be the first to upload a memory!
Share A Memory