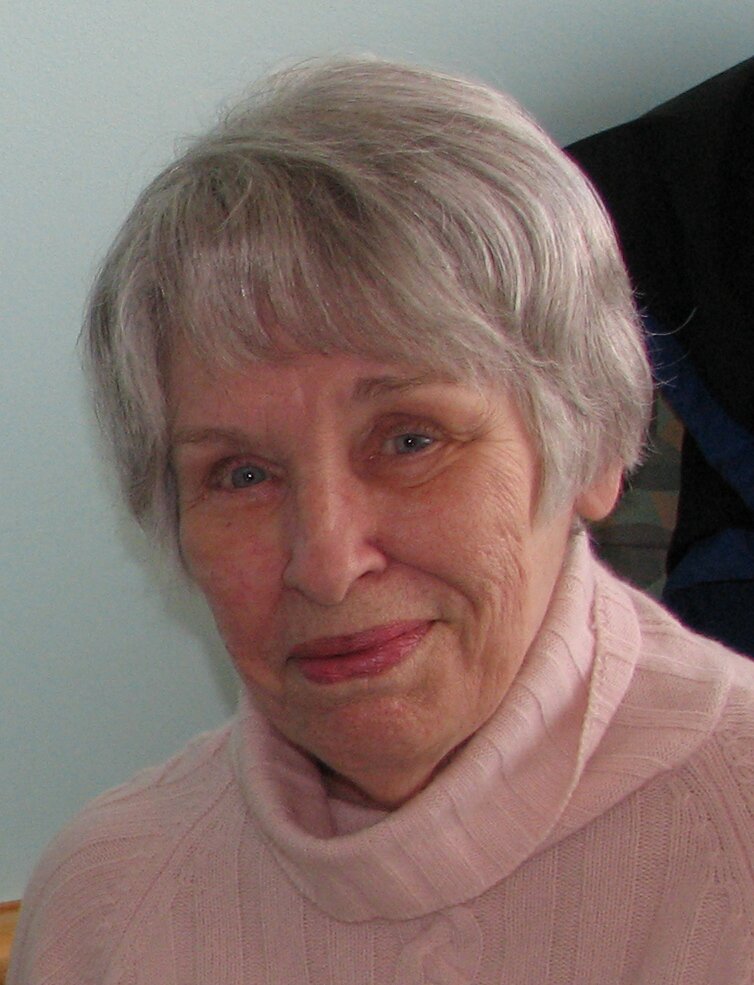 Lois  Foster Congleton, a longtime resident of New Canaan, passed away after a short illness on February 5, 2022 at the age of 87. She and her husband, Edward Blackburn Congleton, moved to New Canaan in 1961 and had lived there ever since.

Lois was a kind and caring woman who leaves behind a family that loved her beyond measure and will miss her terribly: her daughters Laura Helen Congleton of Brooklyn, NY and Amy Congleton Zahorian of Snellville, GA; son-in-law, David Randall; three grandchildren: Molly and Nikolas Zahorian and Joshua Randall; and several cousins. Lois was pre-deceased by her husband of 61 years, and by her son-in-law, Mark David Zahorian.

Lois was born in 1934 in Lowville, NY, and was the only child of John Henry Foster and his wife Helen Molly Austin Foster. She grew up during World War II in Toy Town, a company-owned hamlet in Beaver Falls, NY, that was managed by the J.P. Lewis Papermill. She’d often talk about life in a small town (population 600) where everyone knew everyone else. Beginning at age 5, Lois walked one mile each way to school by herself, no matter the weather!

Lois was talented at both music and embroidery and worked very hard to make a better life for herself. She graduated from Beaver River Central School in 1951, a year after her mother died. Lois was 16, the class Valedictorian, and the first person in her family to go to college. She attended SUNY Potsdam’s Crane School of Music, where she played piano & clarinet, and sang at Carnegie Hall with her choir. She earned both a Bachelors (1955) and a Masters (1962) in Music Education and had summer jobs as a lady’s maid, a lifeguard & office manager at Aldersgate Camp, and a pieceworker at a local box factory. Between her degrees, Lois taught music at several elementary schools in Kenmore, NY, and saved enough money to tour Europe with a close friend.

In 1959 Lois and Ed were married at the Kenmore United Methodist Church. Shortly afterwards, they moved to Stamford and then to New Canaan, CT. Back then, teachers were let go when they became pregnant, so Lois stopped teaching. Between babies, she joined three other local women to help start the New Canaan United Methodist Church Preschool, where she taught for a year before becoming a full-time homemaker.

Lois was a member of the United Methodist Church (UMC) of New Canaan for more than 60 years and fully embraced their motto: “Warm Hearts. Willing Hands.” She dedicated her life to helping local organizations and those less fortunate than herself, while living a quiet, reserved life. She was happiest stitching in her sewing room and may best be remembered for her amazingly intricate and finely detailed embroidery. Lois once went to Hampton Court to study with the women who beaded Princess Diana’s wedding gown. As a long-time member of the New Canaan Sewing Group (now the New Canaan Artisans), Lois served a term as President and created handiwork that was sold to help raise tens of thousands of dollars for local charities.

Lois volunteered for several local groups, playing an active role, and touching many lives. She joined the UMC Children’s Service Circle, the handbell choir, and the Missions Committee. Lois led Girl Scouts, was a docent at the New Canaan Historical Society, and served as Secretary for the New Canaan Women’s Club and for the NY Department, Daughters of Union Veterans of the Civil War. She volunteered as Librarian for the Hannah Benedict Carter Chapter, NSDAR, and as Treasurer for the Deacon Stephen Hart Chapter, Colonial Dames of the XVII Century. Lois belonged to the Embroiders Guild, the AAUW, Meals on Wheels, and late in life she joined the New Canaan Town Band; for many years Lois played clarinet at the Waveny Family 4th of July celebrations.

Lois achieved her dream of traveling the world, ultimately visiting 6 continents and taking her daughters on African safaris, but she was always happiest sewing at home and watching “The Young and the Restless.” Lois enjoyed bowling, crossword puzzles, music, and reading, but the one activity that always lured her out of the house was bridge with her friends.

Share Your Memory of
Lois
Upload Your Memory View All Memories
Be the first to upload a memory!
Share A Memory