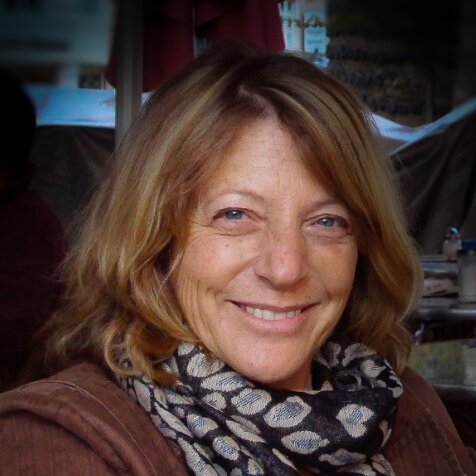 Please share a memory of Patti to include in a keepsake book for family and friends.
View Tribute Book

Patti Anne Sharpe of New Canaan, CT passed away at 71-years-old on December 30, 2021, after a long battle with cancer. She was an incredible mom, wife, sister, and friend who lived her life with vibrance, a great sense of humor, and a huge heart.

Born to Dr. and Mrs. Lawrence Shultzaberger in Philadelphia, PA, on June 27, 1950, Patti was the second of five children and grew up in Cortland, NY. She graduated from Homer Central High School before earning her degree in Biology from Bucknell University in 1972. After graduation, Patti worked in pharmaceutical sales before dedicating herself to family and friends following the birth of her first son. She lived in Philadelphia, PA; Houston, TX; Sparta, NJ; Paoli, PA; Santa Barbara, CA; and Berwyn, PA before settling in New Canaan, CT in 1990.

Patti was active in her local community and a regular volunteer for her children's sports teams, schools, and the church youth group. She was a fixture at the New Canaan Field Club and enjoyed tennis, family ski trips, and annual vacations to Ocean City, Long Beach Island, or to hike the White Mountains. As her children grew, Patti took on new challenges, becoming a preschool teacher and an executive at Prai Beauty before joining her husband, Alan, for a four-year expat adventure in Cologne, Germany. Throughout her life, Patti was an animal lover, raising four dogs (including two Guiding Eyes for the Blind dogs) and supporting animal rescue groups like Adopt-A-Dog, The Humane Society, and ASPCA.

Patti spent the last years of her life in her beloved New Canaan home of thirty years, where she continued to enjoy regular bridge games, book group, nightly Jeopardy, and being Oma to her two grandchildren, Cora and Gus. She was a Stroll Sister, a YaYa, and an honorary Barb. She is survived by her husband, college-sweetheart, and companion of 53-years, Alan, and their three children, Jeff, Bo, and Erika. She also leaves behind her four siblings (Linda, Rick, Joan, and Tom) and myriad friends.

Patti brightened the lives of everyone she touched and she will be deeply missed. In lieu of flowers, donations can be made to Adopt-A-Dog and details of a memorial service will be provided at a later time.

There will be a celebration of life/memorial service for Patti Anne Sharpe on Saturday, April 2, 2022. The services will be held at Waveny House at 677 South Ave in New Canaan, CT from 4:30PM to 7:00PM.

It’s off into the great unknown. Lace up those hiking boots and enjoy the adventure.

We’ll see you at the summit.

Share Your Memory of
Patti
Upload Your Memory View All Memories
Be the first to upload a memory!
Share A Memory