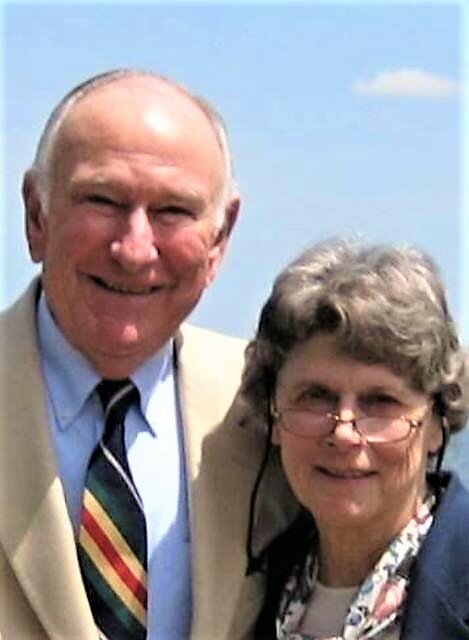 George Robert Hammel of Rye, New York, passed away on October 18, 2021, at the age of 87. George was born on August 31, 1934, to Wilbert and Anna Marie (Zilliox) Hammel.  He enjoyed his childhood in Scarsdale, New York, with older brothers Bert Jr., Ray, and Al.  George attended Iona Preparatory School and graduated from Portsmouth Abbey School, where he was a standout basketball and baseball player.  He was named to the Rhode Island All-State basketball team his senior year at Portsmouth.  George went on to graduate from Dartmouth College in 1958.  Like his three older brothers, George served in the military, taking a break from college to enlist in the US Army during the Korean War.

It was through one of his brothers that George was introduced to Judith Catherine Wenderoth, the love of his life, leading to a wonderful 60-year marriage and three children. Shortly after marriage, George embarked on a 30+ year successful career with McGraw-Hill, publisher of The Physician and Sportsmedicine magazine, where George was head of advertising sales.  George loved McGraw-Hill and cherished his decades-long friendships there.  George and Sportsmedicine became almost synonymous, down to his booming voice answering his phone always the same way: “Sportsmedicine, George Hammel.” On his 20th anniversary at McGraw-Hill he was given a framed picture of the company headquarters at 1221 Avenue of the Americas, reading (perhaps partly in jest): “The House That Hammel Built.”

Former colleagues recall George’s outgoing personality, engaging sense of humor, and easy, infectious laugh. Holding court with friends and entertaining clients in New York City, he was a fixture at Palm Too restaurant on Second Avenue, which painted his portrait on the wall, and at the former Christ Cella and Giambelli’s restaurants, as well as at New York Rangers hockey games, where he was a season ticket-holder for decades.

George was a devoted husband, father, grandfather, and sports fanatic. One of his greatest pleasures was watching his kids’ and grandkids’ sports; and he was always happy to play ball and give coaching tips. He also introduced his wife and kids to skiing, which became a lifelong family activity, as well as summers spent at their beloved family beach home in Milford, CT.

Family, church, sports, and education exemplified George’s core values:  1) Do your best, always.  2) Act with integrity, honesty and fairness. George lived by the words of basketball coach John Wooden, “the true test of a man’s character is what he does when no one is watching.” 3) Be equally gracious in victory and in defeat.  4) Work hard, play hard.  George did all of these.

George is now reunited with his beloved wife Judy who passed away in 2020, and for whom he cared over her last years with unwavering devotion.  He will be greatly missed by his children and grandchildren: Karen Ruge, married to Richard; Jeff Hammel, married to Yvette (Mercado); their children Ryan (19) and Jack (17); and Jean Hammel, married to Doodnauth Hiraman; and their children Michael (13), Scott (12), John (9) and Kelly (7).