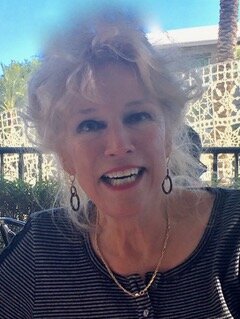 Please share a memory of SuAnne to include in a keepsake book for family and friends.
View Tribute Book

SuAnne Fehr-Ramsey, age 72, a longtime Wilton, CT resident, passed on to be with her Heavenly Father on Sunday July 4, 2021. Born in Peoria, IL, May 31, 1949, she was the daughter of the late Milton and Marian O’Marah Fehr. She was the wife of the late Edward C. Ramsey. He preceded her in death.

She was the second oldest of four daughters and was raised on a farm in Eureka, IL. She graduated from Eureka High School in 1967 and received a Bachelor of Arts degree in 1972 from Illinois State University with a focus on French, Spanish and German. After graduating college, she flew off to New York City, New York to begin her career with Pan American World Airways after accepting the highly coveted position of flight attendant. She later transitioned to Delta Air Lines, where she culminated her 40 plus years of flying to far away destinations, absolutely loving her job. She just recently retired.

SuAnne met Ed on the ski slopes in the Alps, while competing on the PanAm ski team and Ed competing on American Airlines ski team. They discovered they were both from two nearby small farm towns in Illinois. Realizing they shared the same pursuits and passions in life, they were married in 1982 and made their home in Connecticut where they raised their two sons. They moved their family to Lyon, France for four years so their sons could become prolific in the French language and experience other cultures. As a family, they traveled extensively and loved learning together, and enjoyed many ski trips all over the world. SuAnne loved life! She loved being a mother (and a grandmother to Lincoln), and especially loved hosting dinner parties and showcasing her two sons, both of whom played their many musical instruments for friends and family. She also was a talented singer and enjoyed all types of music. She believed in staying strong and fit, as well as cooking healthy meals for her boys. She was an animal lover and adored cuddling with her most recent precious kitty, Lolly.

SuAnne will be greatly missed for her big smile, generous and caring heart and her fun personality. She will be remembered by her family and many friends for her strength, independence, and determination to not merely survive, but thrive.

SuAnne is survived by her two sons, Michael of Springfield, MA, and Aaron of Middletown, CT, and one grandson, the apple of her eye, Lincoln. Also surviving are her two sisters, Sandra Fehr Davis (Byron) of Charleston, WV and Kate Fehr Osipowich (Tom) of Windsor, CA, and nieces, JoAnna Hinrichsen Hall, Eureka, IL and Halle Taylor Georgina Fehr, Windsor, CA, and one great nephew, James Hinrichsen. She was preceded in death by her parents and one sister, Lauri Hinrichsen.

Services were held at Hoyt Funeral Home, New Canaan, CT, followed by a short reception. Inurnment will be at a later date in Athens, IL at the convenience of the family. For more information, please call Michael Ramsey at 203.984.9509. In lieu of flowers, the family suggests donations be made to the Stanley Medical Research Institute for Mental Health, 9800 Medical Center Drive, Suite C050, Rockville, MD 20850 or the charity of your choosing.

Share Your Memory of
SuAnne
Upload Your Memory View All Memories
Be the first to upload a memory!
Share A Memory