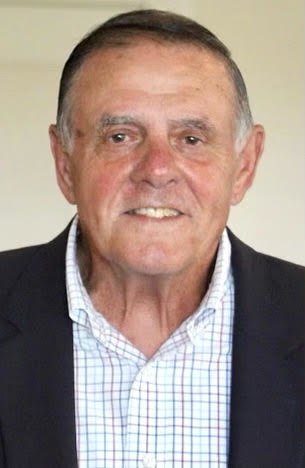 Please share a memory of Richard to include in a keepsake book for family and friends.
View Tribute Book

Richard M. Whitcomb of New Canaan, Connecticut, and Pocasset, Massachusetts, passed away on July 6, 2021, after a long, hard-fought battle with cancer. He was the son of the late Barbara O'Connor Whitcomb and the late James Henry Whitcomb. He is survived by his devoted and loving wife, Barbara Fishbein Whitcomb, son, Jonathan P. Whitcomb (Rachel), both of New Canaan, CT, and daughter Andrea L. Whitcomb of Holyoke, MA; grandchildren: Victoria, Joseph, Shannon, Richard, Elizabeth, Emily, and Harrison; and his sister, Barbara Jean Stoughton of York Beach, Maine. Several nieces and nephews also survive Dick. He was pre-deceased by his brother, James Whitcomb.

Dick was the youngest of three children raised by a single mother in the village of Bellows Falls, Vermont. His maternal grandfather, an Irish immigrant, was instrumental in raising him until his death when Dick was 16.

Dick put Bellows Falls on the map. This was not only because of his athletic prowess but also because he adored his home town where many of his dear friends still reside. Dick grew up feeling he had no option for going to college. The adage of “it takes a village” was especially true in Dick’s case, as those in and around the “terrace” all had a hand in raising him, and he frequently noted their influence for his successes. It was in Bellows Falls where Dick developed his life-long empathy for others and his outgoing personality. With Dick’s determination and the support of many others, he went to college, became an educational leader and philanthropist, and changed countless lives with his sincere love for children, the disadvantaged, and, frankly, anyone who needed help.

Dick was an all-state football player in his junior and senior years and was the leading basketball scorer in southern Vermont. Dick earned a full scholarship to Vermont Academy for a post-graduate year, where he markedly improved academically and added to his athletic accomplishments. It was at VA where he became a voracious reader and first honed his exceptional public speaking skills. At VA, he was the leading scorer in basketball and track and had the honor of playing in a basketball tournament in the original Boston Garden. He also played in the first football Shriners bowl between Vermont and New Hampshire, where he was a standout. Notably, he was a lifelong Boston sports fan (except for loving the New York Giants) and enjoyed bringing his children and grandchildren to Fenway Park and other venues.

After Vermont Academy, and after being accepted to several colleges, he chose the University of Bridgeport, where he was accepted on a full athletic scholarship. At UB, he earned both undergraduate and master’s degrees. Dick later completed his second Master’s and sixth-year degrees at Fairfield University.

Dick excelled in football, baseball, track, tennis, and basketball in college. Football was his first introduction to the African-American community, where he developed deep friendships and loyalties that lasted his whole life. It was at UB where Dick embraced diversity beyond his Irish roots and made friends with people from every background. Still, Dick’s most significant personal accomplishment at UB was getting his future wife, Barbara, to finally accept his offer to be “pinned.”  Their life was forged by a mutual love for each other and a common vision regarding education, equality, and the Golden Rule.

After college, Dick served in the United States Army, and in 1961  he accepted a teaching and coaching position at St. Luke’s school in New Canaan, Connecticut, where he spent his entire career.

Dick always wanted to be a history teacher, a coach, and also an athletic director. These are all milestones that he achieved early in his career at St. Luke’s School. In his twenty-four years as headmaster, Dick became a legend on the St. Luke’s hilltop and beyond. He built a community known for its warmth and devotion to every student, greeting them each and every morning regardless of the harsh New England weather. Enrollment increased from 190 students to 300 students in just three years. The school’s endowment drastically improved. He helped grow the Richard M. Whitcomb Scholarship which, currently at 6.7 million, is devoted to students in need who would not otherwise have the opportunity to attend St. Luke’s. Dick was the first headmaster in the three-state Fairchester Athletic Association to be recognized by the Urban League for his work with minority students.

Though technically retired in 2002, the word retirement was never in Dick’s vernacular. His work was not done, and he continued helping others until his final days. His community work in Connecticut is renowned. He has supported countless organizations, including China Care, Norwalk’s Carver Center, the New Canaan Community Foundation, Norwalk Community College, Future Five, The Malta House, New Beginnings Family Academy, and many more. Dick has proudly served on many advisory boards and has been honored countless times, and has been inducted into eight different Hall of Fame organizations.

Dick possessed a special gift for making everyone around him feel inspired, valued, and recognized. He simply loved people and was open to helping anyone, including strangers. He was larger than life, and his charisma and affable personality put everyone at ease. Many people walked away as if they had known him for years, when in fact, it had been mere minutes. His mission had always been focused on transforming the lives of young people into hardworking, dedicated adults, opening horizons of possibility for them, and, most importantly, building character. The lives he has touched throughout his life-long service and altruism are immeasurable. Dick and Barbara would have toasted to their 59th wedding anniversary on July 30th. Every year, they celebrated at their beloved Cape Cod, and Dick was able to spend his final days with a water view, the smell of the salt air, and a constant influx of friends, family, and neighbors visiting. His effect on people had no borders. Our beacon of light will be dearly missed.

A noon reception will follow at the Country Club of New Canaan, 95 Country Club Rd, New Canaan, CT.  In lieu of flowers, the family requests donations be made to the George Washington Carver Center Norwalk.