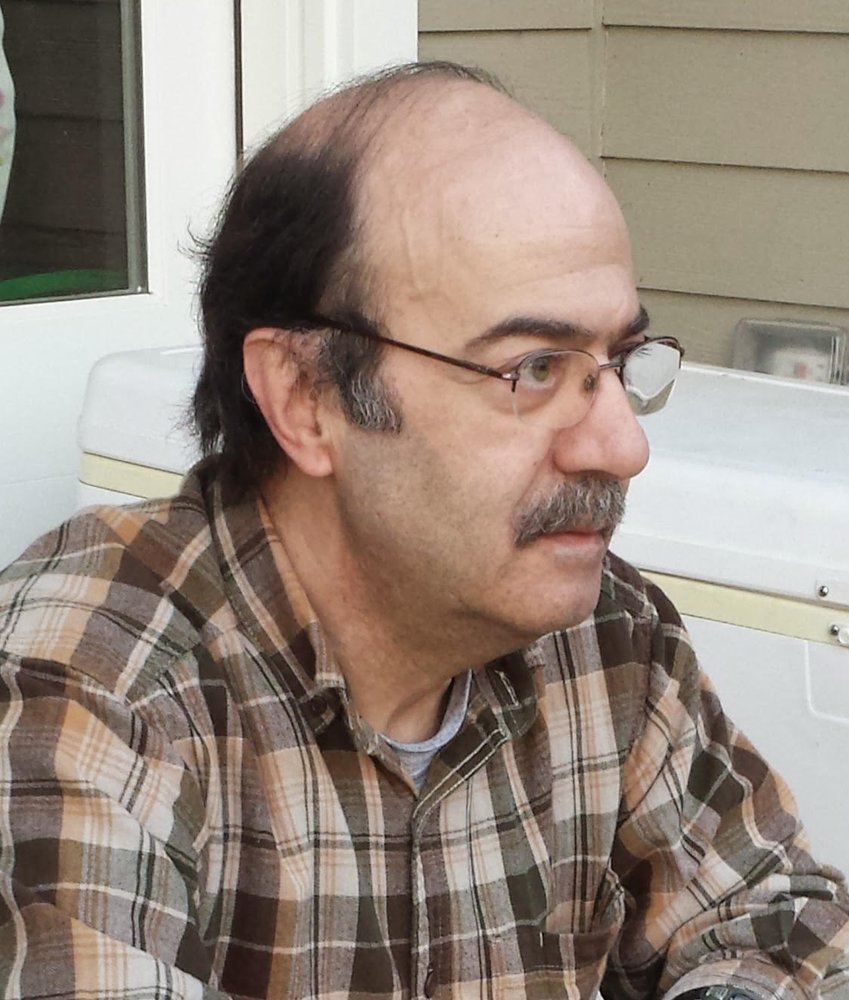 Please share a memory of Frank to include in a keepsake book for family and friends.
View Tribute Book

Frank Joseph DiMuzio (born Saverio Giuseppe), age 66, of Norwalk , Connecticut, formerly of New Canaan, Connecticut died peacefully June 30, 2021 at home after a brief battle with brain and lung cancer surrounded by his family. He received a “Gift of Life” 11 years ago, undergoing a heart transplant, a gift for which he was forever grateful.

Born in Norwalk, September 13, 1954, he was the son of the late Luigi and Lea DiScipio DiMuzio.

Frank was the husband of Deborah Stanton DiMuzio and father of Nicholas Frank DiMuzio.

Frank attended St. Aloysius School and graduated from New Canaan High School Class of 1972. After graduation he and his friend Paul Morton fixed up an old van and traveled cross country for a month, seeing all of the United States. Upon returning Frank entered RCA Institute of Technology in New York City, where he graduated with honors in 1974 and began working in the electronics field.  Frank then married his childhood sweetheart, Debbie in 1976. Two years later in 1978 opened his own TV electronic repair and sales shop, Acro TV & Electronics on Grove Street in New Canaan with his life- long friend, Rick Vitti.  They continued operating the store until 1985. Later becoming the owner of DiMuzio Remodeling.  Frank was skilled in many fields from carpentry, electrical, plumbing, masonry and electronics.

Frank had many hobbies & interests, he was an avid shooter, competing in high power rifle and pistol matches. Frank would compete every chance he could, winning numerous awards and accolades as a sharp- shooter and expert marksman, often competing at Quantico Marine Base in Virginia, Camp Smith in New York, Blue Trail in Wallingford, Connecticut and Wooster Mountain in Danbury, Connecticut. Frank was a licensed instructor for both adults and children, also providing training for New Canaan Police Explorer Post 119.

President of Ramapoo Rifle & Revolver Club in Ridgefield CT for many years and a longtime member of Cos Cob Shooting Club.

In 1983 Frank was accepted as a member of the New Canaan Special Police Unit where he proudly served the community for many years.

Frank also loved his Cherry Red Harley Davidson Motorcycle. On weekends, he would wake up at the crack of dawn to take long scenic rides through Connecticut and New York countryside with his ”buddies”.

For everyone who knew Frank, knew he was a lifelong New Canaan “Townie”. He was known as a kind, respectful, and helpful person.  Always smiling and would do anything to help a friend or a stranger.  Frank loved life and lived it to the fullest. Loved by all, especially his family and friends, he will be dearly missed.

In addition to his wife, Frank is survived by his son, Nicholas (Alana) and their two children, Darian and Landon of New Canaan. His brother Rocky DiMuzio (Tina) and stepdaughter Kelly Smith and her son, Aedan, all of Rogersville, Missouri. His Sister Annalea DiMuzio Mace and her daughter Amanda Mace of Monroe, CT

Interment will be private.

In lieu of flowers, memorial contributions may be made to American Heart Association.

Share Your Memory of
Frank
Upload Your Memory View All Memories
Be the first to upload a memory!
Share A Memory