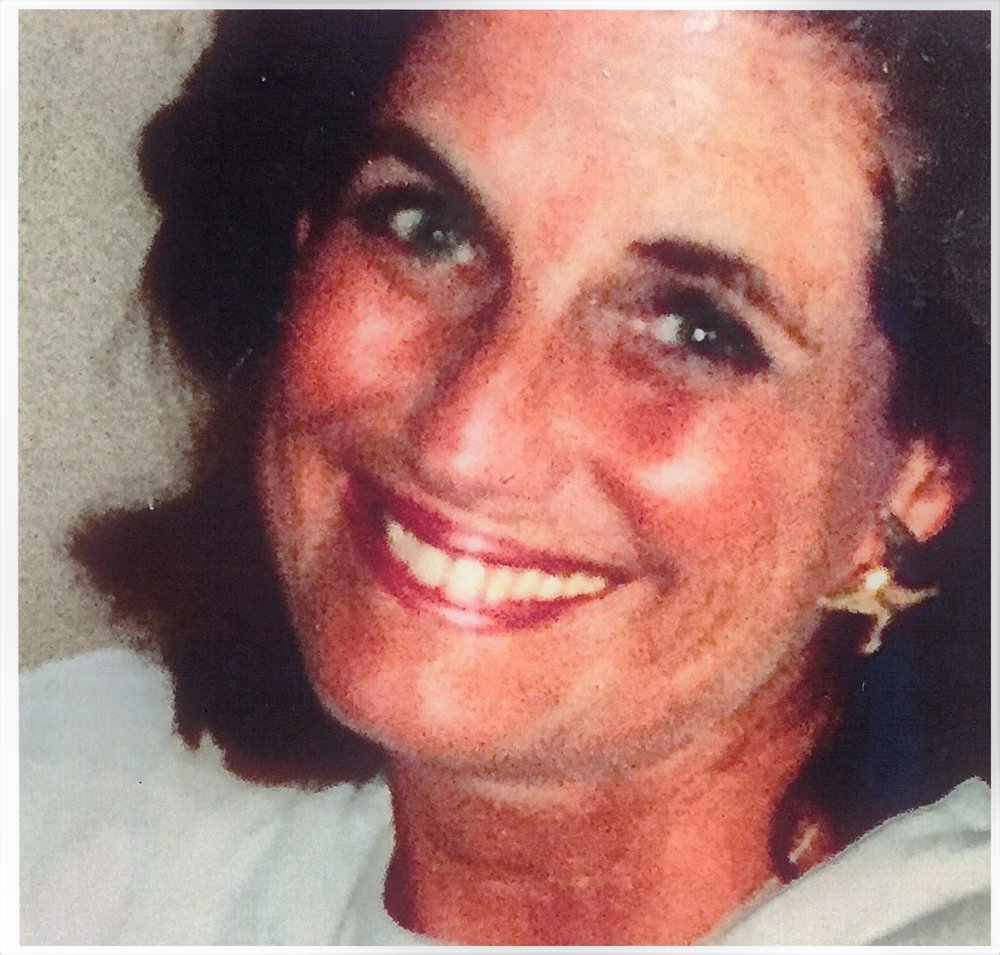 Please share a memory of Elizabeth to include in a keepsake book for family and friends.
View Tribute Book

Elizabeth Ann Kehoe, formerly of New Canaan, passed away in her home beside Farm Creek in Rowayton Connecticut. She was 88. Elizabeth, known to her friends as Betty Ann, was one of eleven children born to Lawrence and Molly Kraemer in Brooklyn New York. Her lifelong love of the ocean was formed during childhood summers spent in the Far Rockaways. The wildlife, the rising and receding tide, and the break of dawn over the marsh made Farm Creek her favorite place to be. Betty Ann was a vibrant, smart, and gorgeous woman. But it was her sense of humor that was legendary. Funny AF! She tried to convince her seven children that before electricity people watched TV by candle light. She was known to go to elaborate lengths to prank her friends. During a viewing party of the Ali vs. Fraser boxing match she excused herself to the restroom where she blacked out her front teeth, donned baggy shorts and a terry cloth robe, and somehow put on boxing gloves and returned to the party. Word has it the hostess wet her pants laughing (sorry Mrs. Jensen).

After graduating from Saint Francis De Sales High School, Betty Ann was employed at a local department store where she delighted her customers(her words)with her retail skills. A woman approached the counter holding a silk scarf designed with a verdant countryside and galloping equestrians. The woman complained of a dirty smudge on the lustrous and expensive fabric to which Betty Ann replied, “it’s the horses.”

Elizabeth flew the friendly skies as a stewardess with Eastern along the northeast corridor. She enjoyed her time in the air, but her desire for a college education drew her to take classes at Hofstra University where a friend of a friend introduced her to the love of her life.

Betty Ann met John Michael Kehoe, Jr. on St. Patrick’s Day, part of a group of friends watching the parade from a hotel window at the Sherry Netherland in New York City. This was March 1956, by September they were married. Then came the children, sooo many children.  John, Dan, Chris, Brian, Tim, Megan and Cullen. Betty Ann was a petit woman but she projected large and in charge. She could corral seven kids, keep house, cook a gourmet meal Julia Child would be jealous of, and, AND! look like she just stepped off the catwalk. She was that beautiful.

There were so many pursuits she enjoyed and excelled at like owning a successful Real Estate business, and going back to college after her children were grown to pursue a degree in American Studies. She even bought herself roller blades when that was a thing in the 1990’s! She hung those skates up, too dangerous!

Betty Ann was an avid reader, she devoured books. Her curiosity about the world knew no bounds. Watching Jeopardy, the TV game show was a nightly ritual. She loved classic cinema, modern music, and was always interested in trying new things. She spent summers in Nantucket, traveled the world and one year she went to the Kentucky Derby where she allegedly ran into the actor Gene Hackman and always the irreverent little spirit , she asked him, “Did you ever pick your feet in Poughkeepsie?” Movie fans may recognize that line from The French Connection.

Funeral services will be held Friday July 2 beginning with a viewing at Hoyt Funeral Home in New Canaan, CT from 9-12, followed by a church service at St. Aloysius at 1:00PM which will be livestreamed at the following link: https://boxcast.tv/view/memorial-mass-for-elizabeth-anne-kehoe-hvdafwzhki0ljbzvqciu, and then to her final resting place at Lakeview Cemetery.

Share Your Memory of
Elizabeth
Upload Your Memory View All Memories
Be the first to upload a memory!
Share A Memory