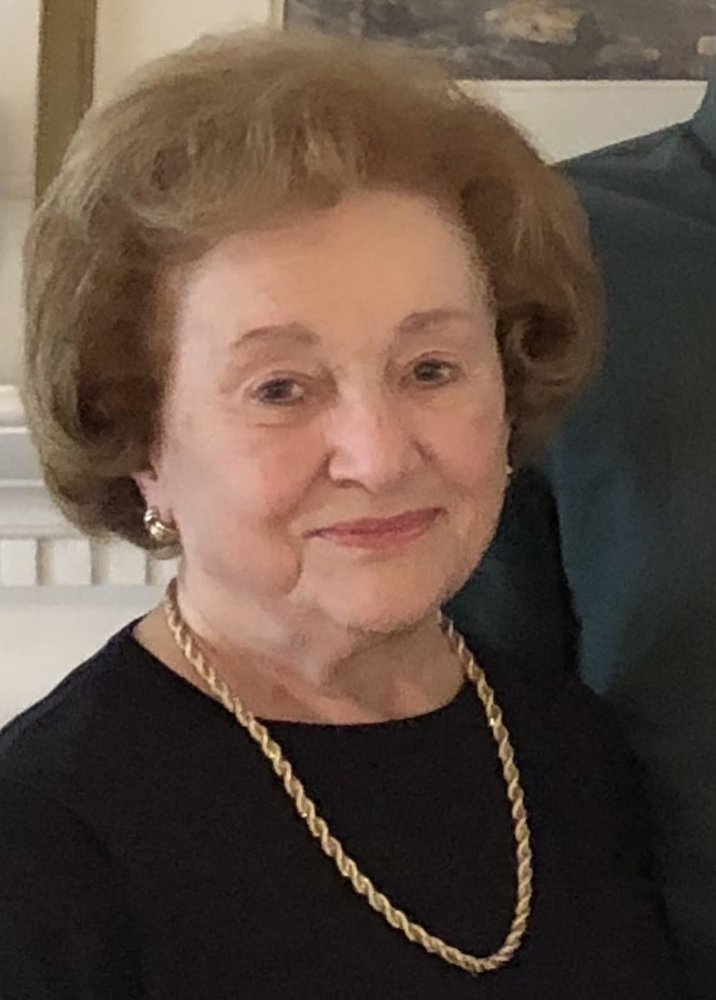 Please share a memory of Elizabeth to include in a keepsake book for family and friends.
View Tribute Book

Elizabeth (Betty) Flynn, 87, of New Canaan, Connecticut passed away peacefully on May 28th, 2021 with her loving family by her side. She was born November 9th, 1933 in Milwaukee, Wisconsin to the late Walter and Margaret Belson.

Betty was the third of four children. Her family moved to Maryland during WWII, when her father took a position with the American Trucking Association. She attended St Martin’s School in Gaithersburg, the Holy Cross Academy in Washington, and was a 1955 graduate of Trinity College in Washington, where she majored in Chemistry. After studying at the Graduate School of Library Science at Catholic University, Betty worked for the Bureau of Naval Aeronautics Library.

It was in the D.C. area where she met her beloved husband Tom. The couple was married at the Church of the Little Flower in Bethesda on May 31st, 1958. During their early marriage they lived in Washington for a year while Tom completed medical school, Cooperstown, New York for his internship year and then spent three years in Baltimore for his pediatric residency and fellowship at Johns Hopkins. In 1963 the family, now including four young sons, moved to New Canaan where they have lived very happily for fifty-eight years.

Throughout this time Betty and her family have been deeply involved in their church. All nine of her children are graduates of St. Aloysius School and Betty’s service to the parish included as a Eucharistic Minister, CCD coordinator, Chairperson of the Parish Council and President of the Parents Association. She served on the boards of the Education for Parish Service Foundation, Sacred Heart University’s Religious Education and Pastoral Studies program, St. Camillus Health Care Center, Waveny Care Center and Our Lady’s Guild. Betty was also involved in Meals on Wheels and New Canaan’s Senior Citizen Program. In 1988 she and Tom were inducted into the Fairfield Prep Hall of Fame, having had eight sons graduate from the school.

Betty was invested as a Dame in the Order of Malta’s American Association. Her major contributions to this Catholic service organization included running the Malta Forum, acting as Hospitaller in Connecticut and serving as a Malta House board member. Betty also traveled to Haiti many times to work in the Nutrition Center at the Malta-supported Hopital Sacre Coeur.

She was a gracious hostess and completely devoted to her family. Her home on Old Studio Road was for decades the center of large Flynn gatherings, especially Easter, Thanksgiving and Christmas celebrations. Betty had a gift for engendering the sanctity of family and all who knew her, including a wide circle of friends, enjoyed her spirit, humor and kindness. She was an avid reader with a keen intellectual curiosity.

Betty is survived by her husband Tom of sixty-three years, her children Tom, Jr. (Lisa) of Katonah, New York, Bill (Marnie) of New Canaan, Jim (Young) of Redding, Rob (Karen) of Middletown, Brian (Christine) of Westboro, Massachusetts, Kathleen of McLean, Virginia, David (Yvette) of Wilton, Greg (Pam) of Trumbull and Andrew (Ryoko) of Tokyo, Japan. She also leaves behind twenty-two grandchildren, a brother the Honorable James Belson of Annapolis, Maryland and a sister Barbara Sullivan of Boonsboro, Maryland. She was preceded in death by her parents and her brother Dr. William Belson.

In lieu of flowers, memorial gifts in her name may be made to the Malta Human Services Foundation at: orderofmaltaamerican.org/donations or to the charity of your choice.

Share Your Memory of
Elizabeth
Upload Your Memory View All Memories
Be the first to upload a memory!
Share A Memory