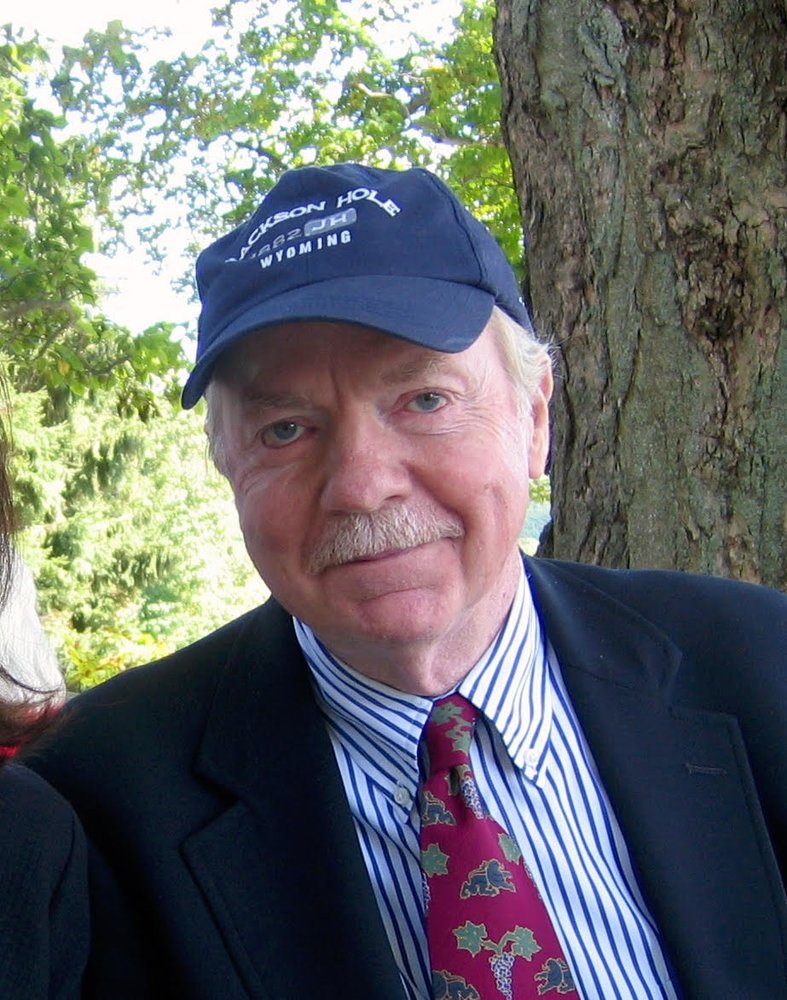 Get Directions
Friday
21
May

Richard Joseph Carr, age 83, a long-time resident of New Canaan, Connecticut and Chatham, Massachusetts, and a former resident of Bronxville and Bedford, New York, died peacefully on Thursday, May 13th at his home after a valiant 2 year battle with brain cancer.

He is survived by his three daughters Adrienne Sparks (John) of Harvard, MA, Jennifer Casper (Scott) of New Canaan, CT and Christina Carr also of New Canaan, CT, his grandsons who he adored, Aidan and William, his brother James (Muriel) of New York, NY and his nieces and nephews Michael, Irene, Teri, Patti, Brian, Katie, grandniece Emily and grandnephew Matthew.

He was predeceased by his wife, Sharon, his brother Michael, and his sister Patricia.

Richard was born on October 19, 1937 at Knickerbocker Hospital in New York to James Carr and Hanoria Buckley, originally of counties Donegal and Cork, Ireland. Richard was the youngest of four children and although he grew up during the depression, he enjoyed an idyllic childhood. He spent endless hours playing stickball in the streets, hiking from upper Manhattan to the Palisades, fishing and swimming in the Hudson River, sledding in Central Park, spending summers at Rockaway Beach surrounded by friends and family including his dearest cousin Pat Sheehan -- and every once in a while, skipping school to sneak into a daytime movie.

He attended Ascension School (Class of 1951) in Manhattan where he met his lifelong best friend and partner in crime Larry Greeley. His boyhood escapades and pranks would often catch the attention of the Christian Brothers and he would serve penance by cleaning the school erasers or writing the Latin prayer Suscipiat hundreds of times. Despite Richard’s grade school shenanigans he graduated as valedictorian, an incredible accomplishment at such a young age. He went on to attend De La Salle High School (Class of 1955) and earned a Bachelor of Science in civil engineering from Manhattan College (Class of 1959).

He proudly served in the Army National Guard from 1961 to 1966 and later earned a Masters degree in engineering from New York University.

Richard knew how to enjoy life to the fullest but also had an unwavering work ethic and was always there to support friends and family. He spent weekends along with his brother Jimmy and sister Pat helping their oldest brother Michael run his resort in the Catskill mountains, The Kilcar, named after the town in Ireland where their father James was born. It was there that Richard met his future wife and love of his life of over 50 years, Sharon Daly. They married in 1969 in Scarsdale, NY, started a family, and continued to create countless wonderful memories.

He worked for the City of New York for over 35 years, rising to Deputy Director at the Bureau of Construction. During his career, he managed the building and renovation of hundreds of municipal projects throughout the 5 boroughs with an emphasis on restoring historic properties. He was instrumental in the restoration and revival of the South Street Seaport, the Bronx Zoo, and the Brooklyn Bridge. He was a member of the American Society of Civil Engineers, the American Public Works Association and the New York City Municipal Engineers Society.

Despite his professional accomplishments, his most important roles were loving, husband, father, and Pop-pop and his most cherished title was “Best Dad.”

Richard loved to travel, play tennis, ski, and ride bikes with “his girls.” He could expertly pack a car for family road trip adventures to Kiawah and Bald Head Islands, Cape Cod and many other special destinations. In later years, always a kid at heart, he cherished every moment spent with his grandsons. He was always there for his family no matter how big or small their needs were. Richard was the definition of selfless and when asked if he needed anything he would jokingly reply, “Just a kind word.” There are not enough kind words to describe him.

Richard always had a twinkle in his eye and an entertaining story to share. His gentle yet gregarious nature, smile, laugh and sense of humor were unforgettable. All who met him were touched by his kindness, strong character, and enjoyed his quick wit.

He was always happiest and most content at home surrounded by his family until the very end.

In lieu of flowers donations in Richard's honor can be made to the Ascension School (Class of 1951) in Manhattan https://ascensionschoolnyc.org/donate or the New Canaan Historical Society (Resident 1993-2021) https://nchistory.org/donate/.

A Mass of Christian Burial will be held on Friday, May 21st at 11:30AM at Saint Aloysius, 21 Cherry Street, New Canaan, CT. Interment will follow at Lakeview Cemetery, 352 Main Street, New Canaan, CT. All are welcome. Masks required. Please watch the live service here at this link: https://boxcast.tv/view/memorial-mass-for-richard-j-carr-xvgtdp7aawlu6tnzgceh.