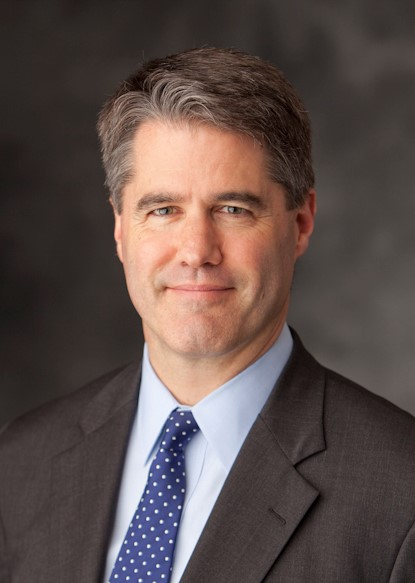 Obituary of James B. Hurlock III

Please share a memory of James to include in a keepsake book for family and friends.
View Tribute Book

James Bickford Hurlock III, 59, of New Canaan, Connecticut, died peacefully with family by his side on May 12, 2021 after a long battle with cancer. Jim was the beloved husband of Kathryn Buck Hurlock, and father of James Ross-Lewin Hurlock and Warren Bickford Hurlock. Born May 3rd 1962 in New York City to Margaret Lyn (Holding) Hurlock and James Bickford Hurlock, Jr., Jim spent his childhood in Paris, Brussels, London and Greenwich, Connecticut before attending the St. George’s School and Duke University, from which he graduated in 1984.

He embarked on a career in journalism, starting as a reporter for the Pine Bluff Commercial in Pine Bluff, Arkansas, before reporting from Dallas, Texas for BusinessWeek, and eventually joining the CNN business news bureau in New York where he was lead writer for CNN’s “Moneyline.” He went on to join The Blackwell Corporation in Washington, D.C. to produce the PBS Series “American Interests.” He attended Columbia Business School, from which he graduated in 1992 with an MBA, and joined HBO that year, moving with his young wife to Prague to establish HBO’s presence in the recently formed Czech Republic. He joined MGM in Sydney, Australia, where he led the studio’s Asia-Pacific distribution operation, before bringing his knowledge of the region’s film market to Paramount, with which he returned to the United States, settling with his family in Los Angeles. Anticipating the impact of technology on film distribution, Jim returned with his family to the east coast, repositioning himself in the burgeoning wealth management business, first at JP Morgan, and then Morgan Stanley. He was a long-serving board member of the Maritime Aquarium at Norwalk, Connecticut.

Jim formed lifelong friendships at every stage of his journey – from his fraternity brothers at Duke, to the many close friendships he formed on his adventures in Prague, Sydney, Los Angeles, New York, and New Canaan - his friends were never far. He was an accomplished sportsman: a capable lake and blue water sailor, completing a Bermuda Race, and an instinctive hunter and fisherman. Jim had a lifelong love of the sea and all its wonders.  He remembered fondly his summers at Camp Monomoy, and delighted in nothing so much as the company of his immediate family. He will be greatly missed. Jim is survived by his wife of 29 years, Kathryn Buck Hurlock, his two sons, James Ross-Lewin Hurlock and Warren Bickford Hurlock, his mother, Margaret Lyn (Holding) Hurlock, and two brothers, Burton Charls Hurlock and Matthew Hunter Hurlock.

In honor of his love for the Aquarium, and in lieu of flowers, donations can be made in his name online at https://www.maritimeaquarium.org/donate or via mail to the following address:  The Maritime Aquarium at Norwalk. Attention Danielle Tranzillo. 10 North Water Street, Norwalk CT. 06488. Please indicate that the gift is in Jim’s honor.