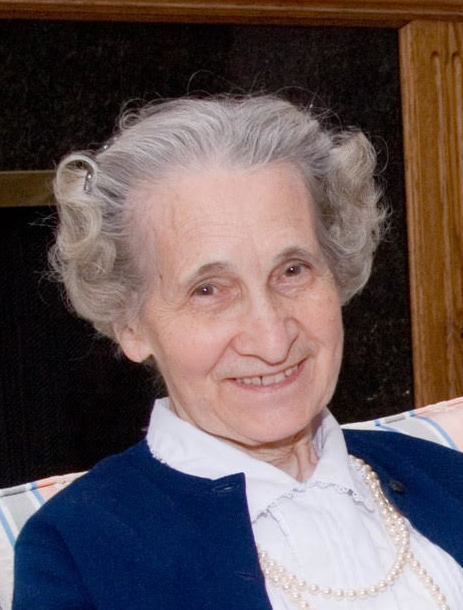 Please share a memory of Justina to include in a keepsake book for family and friends.
View Tribute Book

Justina Psenicnik died Wednesday, April 7th, at the home of her daughter in Westport where she lived for the last seven months of her life.

She was born on January 16, 1930 in the town of Smecice, Slovenia, the fifth child of the late John and Louise Hribsek.

On October 30, 1960, she married Bartholomew Psenicnik in St. Kanzian, Austria and a short time later they moved to Greenwich where she worked as a health care aide in both nursing home and private care.

In 1962  Mr. and Mrs. Psenicnik moved to New Canaan where she was a homemaker raising their six children. Justina was very active in the prayer life of her parish of St. Aloysius and was devoted to her faith.

She also had another daughter, Monica, who died in 1975.

In addition to her daughter, Justina was predeceased by her husband, Bart, her four brothers and two sisters.

The Funeral Mass will be live streamed and can be viewed at the following link: https://boxcast.tv/view/memorial-mass-for-justina-psenicnik-pkja8suchlq2xfqqlvl0

Share Your Memory of
Justina
Upload Your Memory View All Memories
Be the first to upload a memory!
Share A Memory