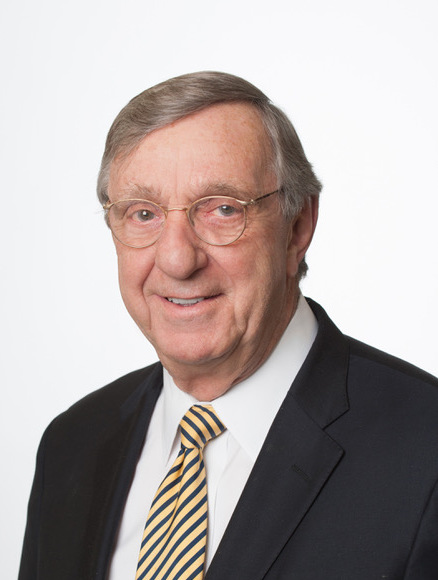 Please share a memory of Charles to include in a keepsake book for family and friends.
View Tribute Book

Charles Samuel Macaluso of Darien, Connecticut and Kiawah Island, South Carolina died on February 22, 2021 at the age of 77. Born in Elizabeth, NJ, he was the son of the late Samuel and Josephine Macaluso.

Charles, affectionately known to friends and family as Mac, was a selfless man of generous spirit,  intellectual curiosity and often, irreverent humor. He is deeply mourned by his wife and partner in life, Lynn Jaynes, their children Kelly Coles (Richard) of Harrison, NY, Jeff Macaluso (Andrea) of Ridgefield, CT and Chris Macaluso (Irene) of Rye, NY, his six grandchildren, Isobel, Corbin and Theodore Coles, Charles “Chase” and Olivia Macaluso and Kiki Macaluso. He is also survived by his sisters Sandra Mueller, Geraldine Blyskal and Jacqueline Canavan of Westfield, NJ, sister and brother-in-law, Heather and Robert Chipley of Charleston, SC and three nephews, Evan, Hunter and Chris Chipley, of Charleston who considered him their “ other Dad”.

A graduate of Siena College and Rutgers University, he held Masters degrees in English and Public Administration. His doctoral studies were at SUNY Albany.

He began his career in public health in New York and New Jersey before moving into the field of mental health, serving as Executive Director of residential facilities in Westchester and Dutchess Counties in New York. He served on numerous state and federal mental health boards and was a former board member of The Silver Hill Hospital in New Canaan, CT.

In 1988, Mac joined his longtime friend, Dort Cameron, as a partner in The Airlie Group, an Investment Banking firm headquartered in Greenwich, CT; thus began his long and distinguished career in corporate finance. Renowned for his innovative leadership style, he served on numerous corporate boards and played a pivotal role in several corporations, including Global Crossing, Flag Telecom, Woodbine Acquisitions Corp. and Geo Speciality Chemicals.

At the time of his death, Charles was CEO and Founding Principal of Dorchester Capital Advisors, Chairman of the Board of Williams Industrial Services Group, a Director of Landec Corporation, Pilgrims Pride Corporation and Lead Director of Darling Ingredients, a position he held for the past fourteen of his nineteen years of service to the company.

Mac was a trusted friend and advisor in both his personal and business life. He enhanced lives and careers by astutely identifying an individual’s strengths. He spread confidence and self-worth but never falsely. He was quick to point out flawed thinking, to advise against an idea or action if he believed it would create disappointment in the long run. “Never set a person up for failure” was one of his self mandates. He was kind and considerate but he was always truthful. One of his greatest leadership strengths was his ability to recognize his own weaknesses and surrounded himself with others from whom he could learn.

Fifty plus years of brilliant and ethical leadership is his business legacy. His oft’ heard motto “Every day’s a holiday, every meal, a banquet” is how he lived his life.  He was an inspiration.

A private, family service was held on Saturday February 27, 2021 at The Talmadge Hill Community Church in Darien, CT.  Plans are underway for a celebration of Charles’s life when Covid restrictions have been lifted.

His family requests that those wishing to honor Charles consider a gift to either The Trevor Zoo, Millbrook School, Millbrook, NY (www.millbrook.org/trevor-zoo-home) or Kiawah Conservancy, Kiawah Island, SC (www.kiawahconservancy.org) in his memory.

Share Your Memory of
Charles
Upload Your Memory View All Memories
Be the first to upload a memory!
Share A Memory