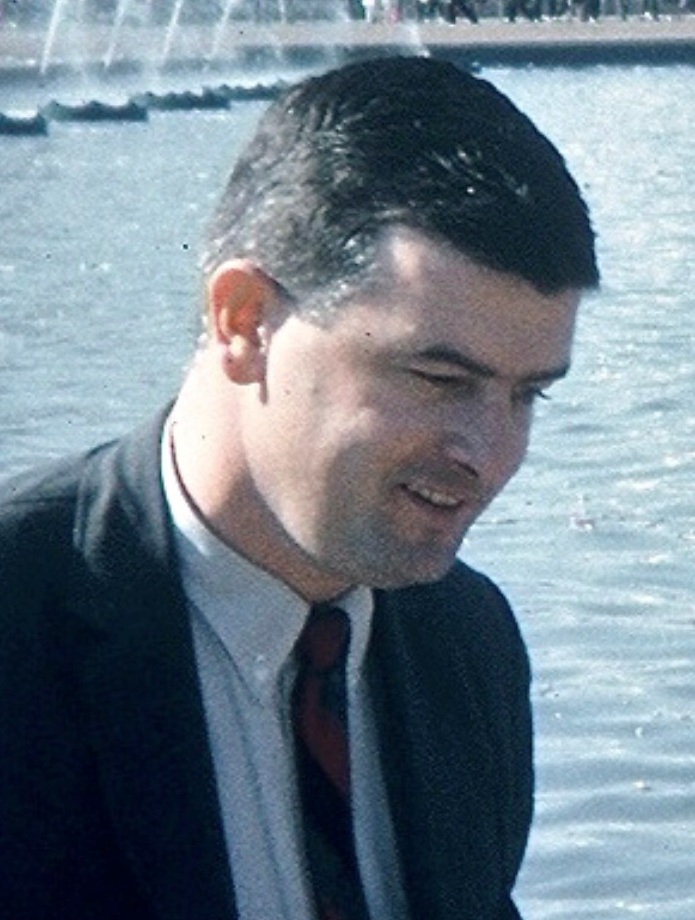 Growing up in the Throggs Neck section of the Bronx, he told stories of a bucolic and surprisingly countrified life, where his Irish-come-over parents kept chickens in the back yard. He had a Bronx Home News route, adored the sweet sisters who taught him at St. Benedict’s Grammar School, and met the love of his life there at the age of 17.

Jim was a Korean War veteran, having served in the U.S. Navy aboard a destroyer escort, but it was his service in the New York City Police Department that truly defined him. The son of an NYPD mounted cop, Dad was a low-key proud “blue blood.”

While there are plenty of retired New York City Police officers out there, many with colorful experiences from their time on “the job,” it’s possible that none were as unique as Jim. His diverse assignments yielded compelling stories that enthralled his kids, in particular the one about the time he and his partner talked a would-be jumper down from the Throggs Neck Bridge.

Despite the daily grit and grind of police life in New York City (or perhaps because of it), Jim routinely ducked into St. Patrick’s Cathedral to serve lunchtime Mass in uniform. To make ends meet on a cop’s salary, he moonlighted as a bartender for the well-known Irish restaurateur, P.J. Moriarty, and drove a taxi. At Moriarty’s, he learned to make a mean Irish Coffee.

As a proud Bronxite, Jim loved the unfettered access to New York City that being a member of the NYPD afforded. Yet when it came time to raise a family, he dragged his wife up to Bedford, NY, where she found herself having to learn to drive and live without sidewalks. For several Christmases he served as the village’s Santa Clause and loved every second of it. And in Bedford, he raised five children who became his greatest source of pride, other than his wife, of course, whom he thought of as his very own Grace Kelly.

The special street savvy from New York police work lent itself well to fatherhood and later civilian work. To quote himself, he never missed a trick. Jim pulled over one of his children within a mile of her setting out on her first solo driving trip. He cited her for driving over his pre-designated speed limit. As a Westchester County restaurant owner, he packed the family into the car on a chilly New Year’s Eve to conduct a stakeout across the street from his own dining establishment because he suspected one of the kitchen staff was dealing drugs out the back door. He was right. And he (and the family) caught him in the act.

Although he did not mind if people thought of him as a stereotypical tough New York cop—particularly his daughters’ suitors and his sons’ wily friends—he was actually highly domestic. He took over the household kitchen, much to Barbara’s delight, and served up the meals each night—often recipes he had coaxed out of old ladies he chatted up at the supermarket. But his skills extended beyond cooking. He could build things and fix things and enjoyed finding the most Rube Goldbergian solutions to any challenge.

The call of easier access to grandchildren brought Jim and Barbara south—first to Hilton Head Island, SC, then Williamsburg, VA, and finally Charlotte, NC. While he tolerated the south, particularly since Barbara liked it so much, he enjoyed the opportunities to go back north to visit his children there. He would serve as the family chauffeur on the annual pilgrimages into Manhattan for Christmas, which allowed him to tap his NYC driving skills, park illegally and make small talk with the nearest police officers who would inevitably let him keep the car right where it was.

Jim went to Rice High School in Harlem, Iona College in New Rochelle and had a keen interest in history. He was predeceased by his parents, Daniel and Mary Meskill; by three of his siblings, William, Daniel and Mary; and by his two sons, James and Daniel. He is survived by his wife, Barbara; his three daughters, Barbara, Kirsten and Kathleen; and four of his seven siblings, Robert, Joan, John and Lawrence. He was (and remains) “B-Pa” to 13 grandchildren and one great-grandchild. Jim took special pride in his children’s and grandchildren’s military service, representing virtually every branch: Army, Navy, Marine Corps, Merchant Marine, and Coast Guard. He was blessed to see his legacy of faith, love of family, and love of country yield fruit in his lifetime. His family will miss his sense of humor, the way his cooking brought the family together, his tenderness with his grandchildren, and the stories that he never tired of telling.

A mass of Christian burial will be held at St. Aloysius Roman Catholic Church at 9:30am on Monday, February 22, 2021. Entombment will follow at Gate of Heaven Cemetery in Valhalla, NY.