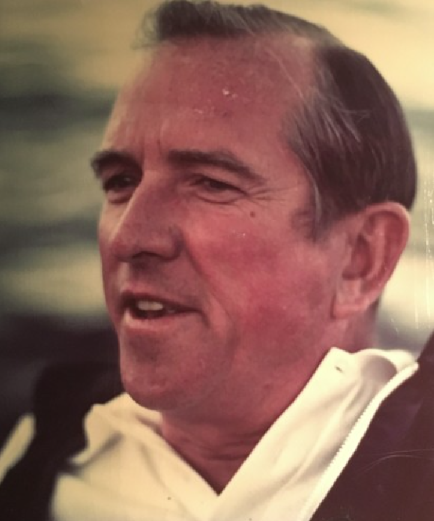 Please share a memory of Michael to include in a keepsake book for family and friends.
View Tribute Book

Michael P. Shouvlin, a longtime New Canaan resident, died peacefully on January 22, 2021 with his loving family by his side.

Born in New York City, May 8, 1931, he was the son of the late Ray and Elizabeth Shouvlin. Mike was the husband of Mary Ann who predeceased him in 2019. Happily married for 64 years, he would often reflect on their marriage noting that they were a great team.

Mike grew up in the Philadelphia area where he attended Episcopal Academy and later went on to graduate from Wesleyan University. A talented athlete, he excelled in sports at both schools and initially aspired to teach and coach.  Despite this interest, he seamlessly transitioned to a successful business career in sales and management at McGraw Hill.  The entrepreneurial bug drove him to launch three businesses in career development and finally back to the corporate world when Better Homes & Gardens purchased his New Horizons Corporation.  Though he experienced much success, his real love was serving and encouraging others.  Be it coaching little league, serving as the chairman of the Board of Education as well as the New Canaan Sports Council, he enjoyed living in New Canaan and giving back to the community.

After moving to Cape May, NJ, in 1990, he became known as the unofficial mayor of the town, leading the Kiwanis Club in many service projects such as planting dune grass to preserve the beaches and water desalinization – always looking for ways to serve.  One of his favorite activities and his last “job” was serving at Baker Industries, which helps employ physically and mentally challenged adults, often working the assembly line alongside them.  But perhaps he will best be remembered by his kindness, his easy going, warm manner and his genuine interest in the thoughts and ideas of others.

Mike’s legacy lives on in his daughter, Catherine Paige Shouvlin of Stratford, CT. and two sons, Peter Shouvlin (Kathy) of Wilton, CT. and Pat Shouvlin (Gail) of Trumbull CT., as well as 10 grandchildren and 6 great-grandchildren.  He was predeceased by his son Kirk (Bernadette), who passed away in 2015.

A Memorial Service will be held at St. Aloysius Church in New Canaan towards the late summer/early fall.

In lieu of flowers contributions may be made to Baker Industries. 184 Pennsylvania Ave, Malvern, PA 19355

Share Your Memory of
Michael
Upload Your Memory View All Memories
Be the first to upload a memory!
Share A Memory