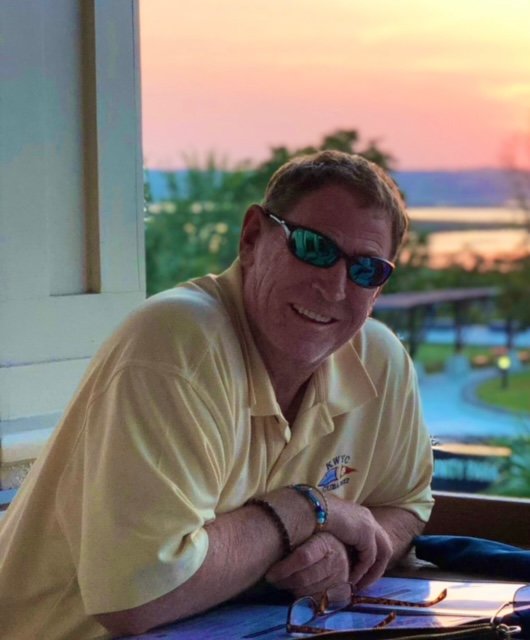 Please share a memory of Antony to include in a keepsake book for family and friends.
View Tribute Book

“Don’t think of him as gone away, his journey’s just begun, life holds so many facets

this earth is only one

Just think of him as resting, no sorrow and no tears, in a place of warmth and comfort

where there are no days and years

Think how he must be wishing that we could know today, how nothing but our sadness

can really pass away

And think of him as living in the hearts of those he touched, for nothing loved is ever lost

and he was loved so much.”

As many of you know, our “Tony” Antony McGivern of Oxford, CT and Key West, FL, battled long and hard with liver cancer and to receive a new liver through transplant.  He was a hero in so many ways, and to so many people.  We are devastated to say that Tony passed away on January 14, 2021, at Yale New Haven Hospital due to unexpected complications during his transplant surgery.  We are comforted by the fact that he did not experience any pain and his last thoughts and feelings were positive, looking toward the future.  He touched so many people during his time with us, both family and friends, and we know how much you mourn with us today.

Tony leaves behind his wife Kathy McGivern of Oxford, CT and Key West, FL, his son Ryan McGivern (Marie-Laure) of Fairfield, CT, step-son Steven Murray (Iliana) of Manchester, CT , two beautiful grandchildren, Penelope Murray and Madelyn McGivern, sisters Robyn McGivern (Bob) and Jenny Brimacombe (Ashley) in Australia.  Tony is predeceased by his son Angus McGivern, parents Geoffrey McGivern (Josie) and Janice McCreedy McGivern. We feel strongly that Tony and Angus, along with Tony’s father Geoffrey, are now together in spirit.  Tony’s great loves were his family, his friendships, boating, fishing, business, and sport.  Always willing to share his knowledge and the lessons he had learned along the way, he was a mentor to so many younger people.

Tony’s journey in life began in Melbourne Australia.  Like his father Geoff McGivern, Tony was an Australian Rules Football player and was involved in the Croydon Football Club.  His connection to childhood friends in Melbourne remained strong throughout his life.  Tony completed an electrician’s apprenticeship at the Australian Army Apprentice School in Victoria, AU.  Work eventually took him to Malaysia where he was instrumental in early geographic information systems.  Tony eventually earned Bachelor’s degrees in both technology and business.  He enjoyed yacht racing, in particular the Sydney to Coffs Harbor race.  Tony held a special place in his heart for Sydney, where his sons were born and raised, and where he made lifelong friends.  Tony co-founded Alta, an IT company in Sydney, which was eventually acquired, leading him to Raleigh, North Carolina.  Throughout the 2000’s, Tony continued business endeavors as a sought-after leader in the IT field, ultimately bringing him to Connecticut.  He settled and served as Chief Executive Officer and Chief Technology Officer for various companies.

Tony was a true waterman, loving surfing, fishing, and everything related to yachting.  While in Connecticut, Tony developed a deep love for the Long Island Sound.  He spent many days on the Sound, even making several deep sea trips for tuna off the coast of Montauk.  He was so proud of his boat, Courageous I and later, Courageous II, which he docked at Brewer’s Stratford Marina.  He was part of a greater fishing community at Brewer’s and spent many summers on “sail aways” to Montauk, Westbrook, Old Saybrook, Martha’s Vineyard, and Nantucket. Tony also cherished his numerous trips to South America fishing with some of his life-long best friends.

Semi-retirement eventually took Tony and Kathy to their beloved Key West, where Tony was involved in fishing the flats of the Florida Keys.  He became a part of the Keys fishing community, the Key West Yacht Club, and several fishing competitions.  One great highlight of Tony’s Key West experiences was the opportunity to captain his yacht Courageous II from Key West to Havana, Cuba, as part of the Key West to Havana Challenge.

Mostly, Tony was a true friend and a devoted husband, father and grandfather.  If you ask anyone who knew him, you would hear about his truly generous nature and his willingness to listen.  He was a compass and rock for his family.  We are comforted by the fact that Tony got to know both of his cherished granddaughters.  To his many friends, we hope his legacy of empathy, community, humor, adventure, and love will stay with you, and the memories you have of him will comfort you as well.

A Memorial/Celebration of Life will be held in the Spring.

In lieu of flowers, please consider donating to one of the following charities in Tony’s memory:

Share Your Memory of
Antony
Upload Your Memory View All Memories
Be the first to upload a memory!
Share A Memory