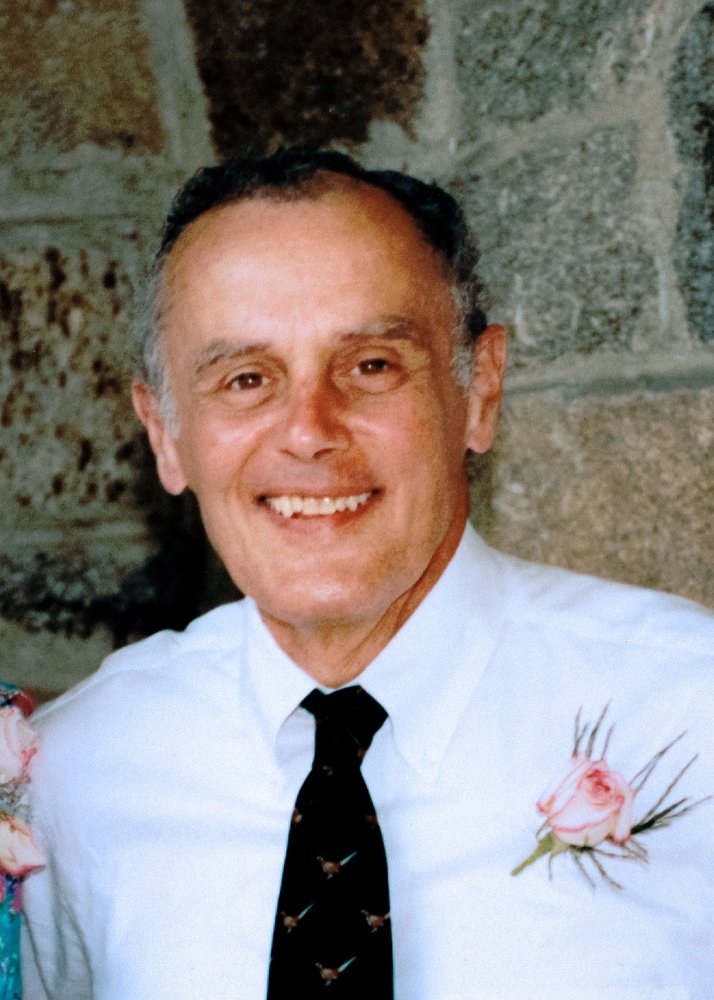 Please share a memory of Roger to include in a keepsake book for family and friends.
View Tribute Book
Roger Williams Rothballer, a longtime resident of New Canaan, CT, passed away peacefully in his sleep at home on November 4 due to complications from dementia. He was 86 years old. Roger was born on November 5, 1933, in Westfield, NJ, to the late Helen Burns and Albert Floyd Rothballer, and spent the majority of his childhood in Washington DC. Roger graduated from Cornell University in 1955 and received his MBA from Cornell in 1959. In the years between, he served as First Lieutenant in the Army. Upon receiving his MBA, he began his career at IBM, where he spent 33 years in various management positions in New York, California, and Connecticut. After retiring from IBM, Roger taught business and finance classes at IBM and at Norwalk Community College, where he was an Adjunct Professor. On February 19, 1966, Roger married Marianne Ellefsen in Tenafly, NJ, and they raised their daughters Karen and Kristin in New Canaan. He was an enthusiastic coach for many of his daughters’ sports teams over the years. Roger loved to travel with his family, and he particularly enjoyed visiting his extended family in Norway. Virgin Gorda (British Virgin Islands) held a special place in his heart, and he and Marianne visited the island often over 3 decades. An active member of the New Canaan community for 47 years, Roger was instrumental in developing the first New Canaan town website and was an active member of the Senior Men’s Club. He served on the town Planning and Zoning Board for many years and also taught classes at the Lapham Center, where he was on the Board. Roger loved tennis and was an avid player for decades. He cared deeply for his friends and will be remembered for his upbeat and cheerful personality, great sense of humor, and his interest in and love of people from all walks of life. Roger was known for his ease of striking up a conversation with anyone and took a genuine interest in supporting others. He loved his home, and spent countless happy hours tending his garden. A devoted husband, father, and grandfather, family was everything to Roger. He is survived by his wife of 54 years, Marianne Ellefsen Rothballer, daughter Karen Rothballer Seelert (Perry Seelert) of Wilton CT, daughter Kristin Williams Rothballer (Bess Bendet) of San Francisco, CA and his beloved grandchildren, Perry Jackson, Kate, and Ian Seelert. He was predeceased by his brother, Dr. Alan Burns Rothballer. There will be a private family service on Tuesday, November 10 at Lakeview Cemetery in New Canaan, CT. In lieu of flowers, contributions can be made in Roger’s memory to the New Canaan Ambulance Corps or a personally meaningful charity.

Share Your Memory of
Roger
Upload Your Memory View All Memories
Be the first to upload a memory!
Share A Memory