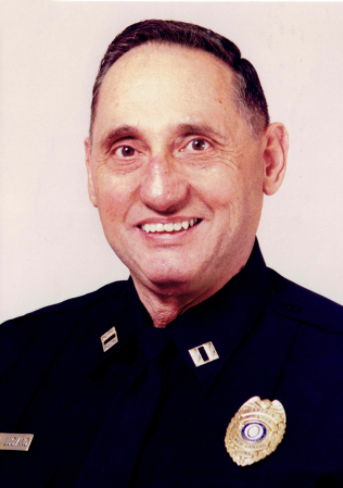 Vincent T. Luciano, age 87, retired New Canaan Police Captain, passed away peacefully in Georgia on October 12, 2020. Vincent was born on November 20, 1932 in Norwalk to the late Liberato and Emma Luciano. He was the beloved husband to the late Marcella Luciano. Vincent is survived by his daughter Cheryl Reed her husband Jim of GA, his son Vincent Luciano II of Texas, 6 grandchildren Theresa, John, William, Kristen, Jessica and Allison, his sister Regina Santella and his brother James Luciano of New Canaan. Known as Vinny to many family and friends, he was a standout athlete at New Canaan High School and was a proud veteran of the United States Marine Corp, serving during the Korean War. He was active in the community in many organizations, including the VFW, the Red Cross and Knights of Columbus. He was an ardent patriot and proud American. A visitation will be held on Friday October 16, 2020 from 9a.m. to 10:30a.m. at The Hoyt Funeral Home 199 Main Street, New Canaan. A Mass of Christian Burial will be held at St. Aloysius Church 23 Cherry Street New Canaan, CT, on Friday October 16, 2020 at 11a.m. Interment will follow at Lakeview Cemetery. The following link is for the live stream of the service: https://boxcast.tv/view/vincent-t-luciano-memorial-mass-dwdjbj9eqmn2sm25zb2r

Share Your Memory of
Vincent
Upload Your Memory View All Memories
Be the first to upload a memory!
Share A Memory