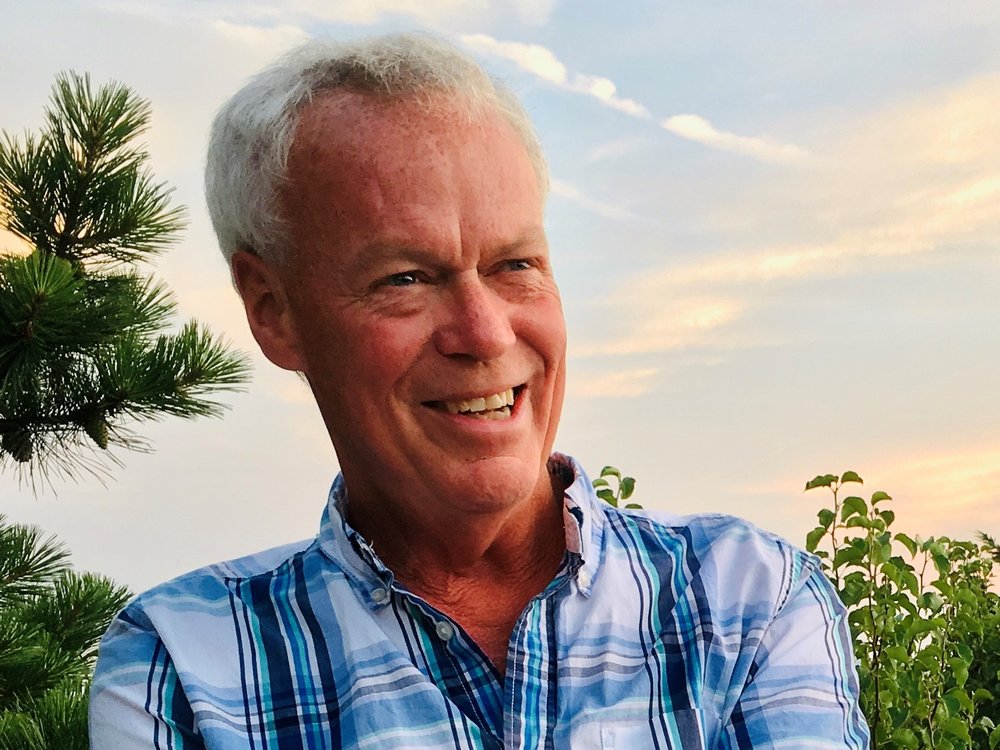 Gordon Roberts Maher, a retired vice president of commodities operations, and spiritual Parisian, died October 5, 2020 in Norwalk, CT of complications from alcoholism. Gordon, known as Rob, or less frequently but more cherished to him, Gordo, Maher was born in Norwalk, Connecticut, growing up in Wilton, CT for a time with his elder brother Jim, elder sister Pamela and younger sister Marcia. The family then decamped to St. Germain du Pres, France as a result of their father’s work at IBM where family lore contends he may or may not have been a postwar spy. Rob lived his adolescence en France, hanging with friends over the Seine, perfecting his “un pression, s’il vouz plais,” and witnessing the protests of May 68. Rob and the family returned to the States in time for him to graduate from Wilton High School, but in his heart never left France. He attended the University of Virginia where he studied architecture, only to find his love of modernism out of place, and reluctantly majored in history. In 1975 Rob moved to New York City, where he played Bruce Springsteen from the speakers on his fire escape and met many lifelong friends. On one of his frequent adventures, a dark-haired young woman spotted him jogging through the crowd at a regatta, and decided she’d met her husband. Busy with the life of a young man in Manhattan, it took him a moment to understand that fate had smiled in his direction. After an inconclusive start, Ceci let him know he needed to grow up a bit, and skipped town. Realizing his error, he chased her to Detroit, and proposed. She turned him down, only to show up back in New York, call him from a payphone, and invite him to try again. He gave her a pop-top ring, and they shared forty years of marriage. Rob and Ceci returned to Connecticut to start a family, welcoming a daughter, Katherine, and son, James, before their farmhouse burned down. One apartment and one rebuild later, Rob and family had resettled back to Wilton where they would welcome another son, Matthew, many dogs, and have no more houses, fires, or children. Rob was an operations man in his work at Astra, Goldman Sachs, UBS, and Castleton Commodities over the years, with a deep appreciation for tankers (ships, not boats) and a remarkable familiarity with the depth of the port of Aden. He was also an operations man at home, enjoying maps and the correct way to load and unload a dishwasher. Rob was a sailor with a lifelong love for the ocean, finding particular joy in Long Island Sound from Roton Point and the Atlantic from anywhere on Cape Cod, as long as it was above Eastham (especially Wellfleet). He loved sunlight and the arts, dabbling in pottery and sculpture. He enthusiastically participated in volunteer work and gave his time generously in his retirement, a regular fixture at many food drives with Person to Person in Darien. During his tenure at Goldman Sachs, Rob had the great misfortune of being present in the Financial District during September 11, an experience that had a lasting adverse effect on his health and his soul. He was supported through his subsequent struggles with alcohol by his family, particularly his sister Pamela, the AA and recovery community, and friends and well-wishers from throughout his life. He is survived by his wife Ceci Maher of Wilton, CT, his three children, Katherine Maher and James Maher of San Francisco, CA, and Matt Maher of Brooklyn, NY; as well as his brother Jim Maher of Fort Meyers, FL, his sisters Pamela Maher of Norwalk, CT and Marcia Maher of Morristown, NJ, countless incomplete house projects, and all those that knew his kindness. The family will host an outdoor celebration of Rob’s life at their home on Thursday, October 15th, from 12:00 - 2:00pm. All are welcome; please wear flat shoes and masks, social distancing will be strictly enforced, bring a chair. Instead of flowers, which made Rob sneeze, the family suggests a donation to the Food Pantry of Person to Person (p2phelps.org), or a food bank in your own community.

Share Your Memory of
Gordon
Upload Your Memory View All Memories
Be the first to upload a memory!
Share A Memory