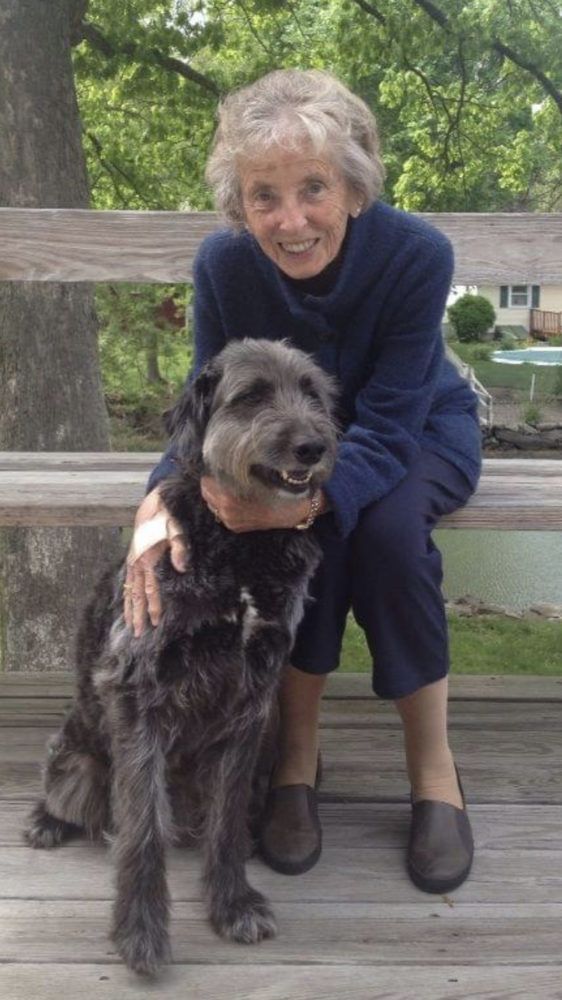 CATHERINE McCABE CONCANNON∫ Catherine M. Concannon, a longtime resident of Wilton, Connecticut, passed away on October 5, 2020. She endured the progression of Alzheimer’s with characteristic high spirits, her usual pragmatic, selfless humanity and concern for others, despite the difficulties that she faced. Born in Albany, New York, to Eugene F. and Dorothy M. McCabe on February 6, 1930, Catherine was raised in Westport, CT, attended the Bolton School, the Thomas School and graduated from Goucher College. Her great joy growing up, beyond family and friends, was spending the summers at Camp Farwell in Vermont. The granddaughter of Warren E. Mosher, a founder of the Catholic Reading Circle summer camp at Cliff Haven on Lake Champlain in New York, she enjoyed the Congregational hymns and energetic atmosphere of the church that the camp attended on Sundays. The canoeing, archery, tennis, horseback riding and friends were not bad either. Catherine was married to Edward H. Concannon in 1955. During the next 49 years together, they shared a deep love and respect for each other, an abiding faith that helped them through both the ups and the downs. Catherine’s competing love and escape, a second home, was the beach at Saugatuck Shores. They belonged to the Saugatuck Shores Club where she put in many hours, not only relaxing on the beach, watching her daughters, and being with friends and family, but helping with the needs of the club. She volunteered in the community, as well, as a teacher’s aide in the Bridgeport Public Schools with first graders learning to read, for the Norwalk Hospital in the Treasure House and delivering Meals on Wheels. She was actively involved in Our Lady of Fatima Church. Catherine worked also driving a bus for Greens Farms Academy when her daughters were in school, and then, as an aide in the Weston Middle School library, and spent countless hours assisting and caregiving for family. She is survived by her daughter, Carey Concannon, her grandson, Eamann McMillion, her cousins, Kathryn Burchinal, Gus Kellogg, Michael Henahen and Martha Barbone, as well as numerous nieces and nephews, who will miss her. Catherine is predeceased by her husband, Edward H. Concannon, daughter, Leslie Concannon, siblings, Eugened F. McCabe, Patricia McCabe and Janet Newman, as well as numerous cousins. The funeral will be at St. Francis of Assisi, Weston, CT, on Saturday, October 17, 2020 at 11:00 am. The mass will be streamed. Burial will be at Assumption Cemetery in Westport. A memorial will be held at a later date. The family suggests Save the Sound if you would like to make a charitable donation. Thank you.

Share Your Memory of
Catherine
Upload Your Memory View All Memories
Be the first to upload a memory!
Share A Memory