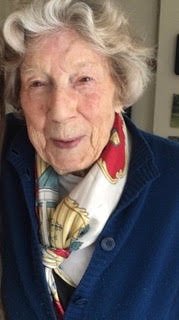 Margaret Porter Gregory December 26, 1920 - September 24, 2020 Born in Charlotte ,North Carolina, Margaret (Rip) found her stride when she moved to New York to attend Julliard School of Music. Her friend group immersed themselves into everything a young wild eyed and extremely talented woman transplanted from the South could. This led her to Witon, CT on the weekends where the Schenk house (across the street from Schenk Island), was a haven for musicians of all types for weekends of music, horseback riding and laughter., She fed off and reveled in the energy of the house as the musical world opened up to her. She took the “Schenk Wilton immersion” to a new level when she married into the oldest family in Wilton via Julian A Gregory Jr. Soon after their son was born they moved into the family main house on Belden Hill Rd, which she transformed into a musical sanctuary and magnet for the world. The nickname “the Wilton Hilton” was dubbed and the name stuck to this day. Accident or design led her to be at the inception of the Wilton Candelight Concert Series 75 years ago and she was the driving force until she died. She had a flair for finding up and coming musicians as well as brow beating world class musicians to play for well below their usual fees, with proceeds benefiting the Wilton library. The last concert of her tenure was held in the Gregory family barn two days after her death, she made it perfectly clear the show was to go on and she was not to be mentioned. It did go on but she was acknowledged and we are still awaiting for a proper dressing down. She was in charge with an opinion to the very end, which was no surprise to anyone. What set her apart was her uncanny ability to have and make new friends of all ages across every spectrum of society. She was profoundly interested in anyone she came into contact with, and while her body may have failed her; the mind certainly did not. She was feisty and opinionated until the end, just the way she lived her life. She is survived by her son, Julian, daughter in law Molly and 5 grandchildren whom she sang and played piano to on every birthday since they were born. A lover of life, provocateur and a Wilton presence to the end. In lieu of flowers donations to the Wilton Candlelight Concert Series Box 3 Wilton, CT 06897 would be most appreciated. She would insist on ending with one word, VOTE! Due to Covid concerns burial and memorial service will be private. On line service viewing will be available please contact any family member for details.

Share Your Memory of
Margaret
Upload Your Memory View All Memories
Be the first to upload a memory!
Share A Memory