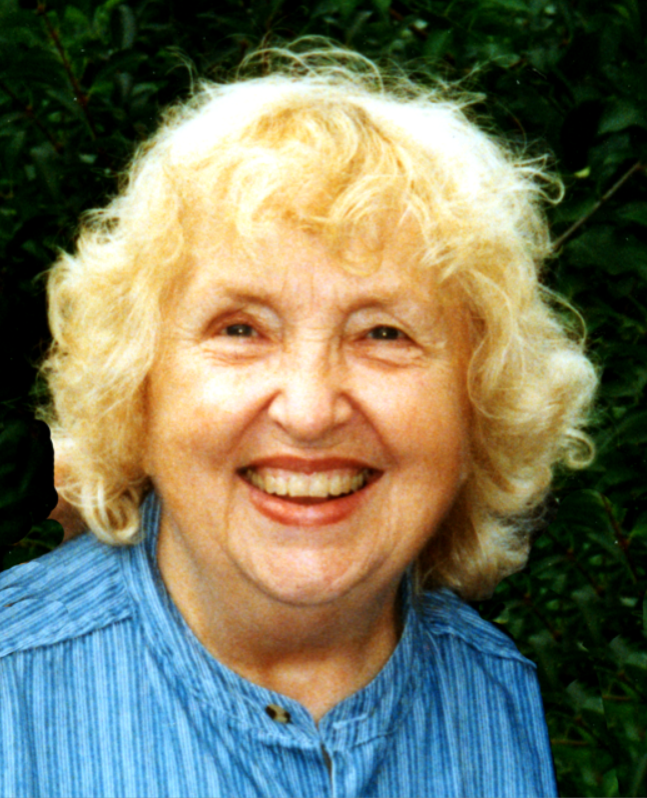 Yolanda Tietjen FitzGerald of Norwalk died on September 3, 2020 at her home of Aortic Valve Stenosis, her daughter, Andrea Tietjen Merrill of Pittsford, NY, said. She was 96. Born June 4, 1924, in New York City, Mrs. FitzGerald was the daughter of the late Aurelio Giorni and the late Helen Miller Giorni. Aurelio Giorni, born in Perugia, Italy, was a concert pianist and composer and a great-grandson of Danish sculptor Bertel Thorvaldsen. Mrs. FitzGerald grew up in New York City. In 1941, she married Andrew Tietjen, organist and choral conductor at several Episcopal churches in New York City. Mr. Tietjen had studied under and was assistant to Dr. T. Tertius Noble at St. Thomas Church on Fifth Avenue. The Tietjens moved to Ridgewood, NJ, in 1950. Mr. Tietjen died in 1953 at the age of 42. At his death, Mr. Tietjen was associate organist at Trinity Church Wall Street and directed a weekly CBS Radio broadcast of his choir, the Trinity Choir of St. Paul’s Chapel. In 1961, Mrs. FitzGerald married Richard FitzGerald, a childhood friend and godfather of her son, Peter. At the time, Mr. FitzGerald was vice president of Wm. H. Mueller & Co. in The Hague; the company was later incorporated into Caemi International. Having married so early in life, Mrs. FitzGerald was determined to complete her education and graduated from William Paterson College, Wayne, NJ, in 1971. The FitzGeralds continued to live in Ridgewood, NJ, until 1975, when they moved to Darien, CT. They owned and operated an antiques business, The 1860 House, on the Boston Post Road in Darien. After Mr. FitzGerald retired in 1982 from Caemi International, he devoted more time to the antiques business. After Mr. FitzGerald’s death in 1990, Mrs. FitzGerald remained in Darien for five more years, and then moved to Rowayton Woods in South Norwalk, where she lived until the time of her death. She continued to travel nationally and internationally after Mr. FitzGerald’s death and sang with the Berkshire Choral Institute in western Massachusetts. She was active at St. Luke’s Episcopal Church in Darien, Lifetime Learners at Norwalk Community College, and the Darien Senior Center writing group. As her health declined, she was no longer able to be as active outside her home, yet she remained engaged and happy, despite her more limited life, inside her home, surrounded by wonderful helpers from several different countries, who further enriched her life. She is survived by a daughter, Andrea Tietjen Merrill of Pittsford, NY, a son, Peter Tietjen of Newburyport, MA; grandsons Bradley Clark and Andrew Merrill; step-grandchildren Christi Merrill and John Merrill; five great-grandchildren, William Clark, Samuel Clark, Madeline Clark, Octavia Merrill, and Clementine Merrill; and four step-great-grandchildren, Abigail Merrill, Lillian Merrill, Ella Merrill, and Sadie Cutler. Mrs. FitzGerald was predeceased by her sisters, Elena Linda Giorni Burns and Aurelia Giorni Entwistle. A memorial service will be held on Saturday, October 17, at 11:00AM at St. Luke’s Episcopal Church, 1864 Post Road, Darien, CT 06820, followed by a reception at the church. Interment will be private. We are limited to allowing only 50 attendees into the church as per current restrictions due to Covid-19. Memorial contributions may be made to St. Luke’s Episcopal Church, 1864 Post Road, Darien, CT 06820; the Salvation Army, 855 Asylum Ave., Hartford, CT 06105 for program purposes in its Recovery Ministries; AFS-USA, Inc., 198 Madison Ave., 8th Floor, New York, NY 10016 for international scholarship purposes; American Cancer Society, New England Division, Inc., 538 Preston Ave., Suite 1, Meriden, CT 06450 for medical research; Heritage Club of the National Kidney Foundation, 30 East 33rd St., New York, NY 10016 for medical research; or American Guild of Organists, 475 Riverside Drive, Suite 1260, New York, NY 10115-0055.

Share Your Memory of
Yolanda
Upload Your Memory View All Memories
Be the first to upload a memory!
Share A Memory