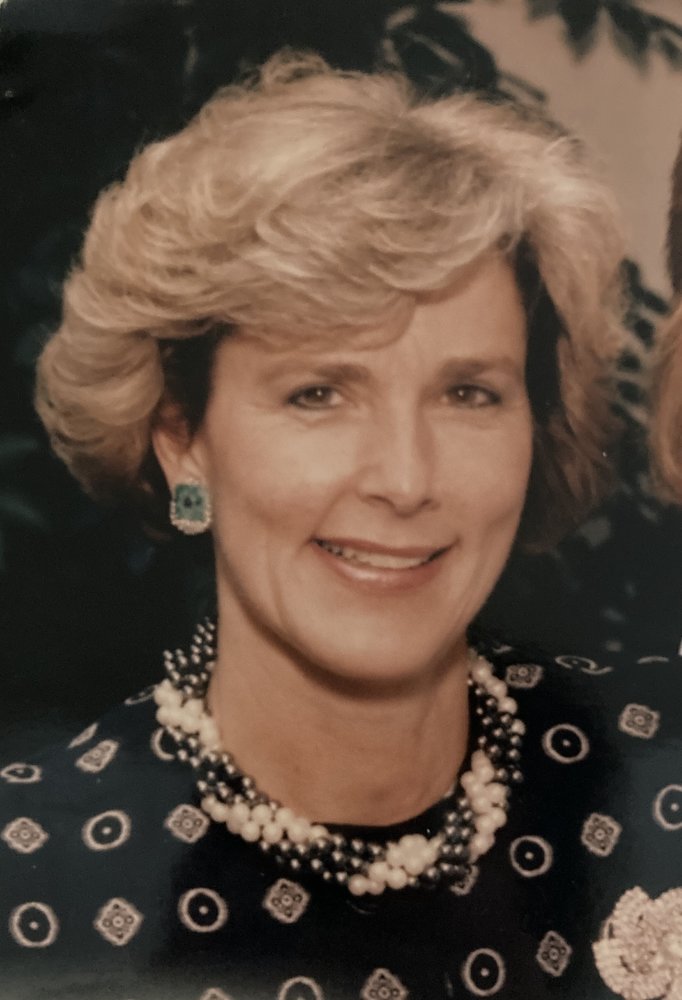 “Live With Passion” Beloved mother, grandmother, great-grandmother, aunt and friend Lucy Livingston Sisson Brown died peacefully July 10, 2020 at Brightview On New Canaan. Lucy was born in Tampa, Florida on June 5, 1935. She is survived by her brother Elliott Hawes Sisson of New Canaan and was predeceased by her sister Nancy Sisson Field and brother Frank Elliott Sisson II. Lucy’s beloved father Elliott Hawes Sisson, who died in 1940, and mother Lila Hazel (“Jojo”) Sisson Matteson, who died in 1995, moved the family north and settled in New London, Connecticut. Lucy’s widowed mother eventually settled the family in Woods Hole, Massachusetts. Lucy graduated from Garland Junior College in Boston and soon after married George “Bud” Trowbridge Brown on July 21, 1956. They had three children, Stuart (“Brick”) Trowbridge, Martha Elliott and Stephen Garrison. Lucy settled with Bud in Whitinsville, Massachusetts and was very active in the Music Festival, Alumnae Board of Garland Junior College, The Junior League and the Massachusetts Easter Seal Society. Lucy was always a natural leader of fashion - tailored and chic knits were her favorite attire for casual wear and hostess gowns for formal occasions. She took many cooking lessons and was very proud of her achievements in the culinary arts, featured at the many dinner parties and other events she hosted as she loved to entertain. Lucy moved to Darien in 1973 and was very active in The Garden Club among other community groups. For the last three decades, Lucy lived in New Canaan. She loved her townhouse and always welcomed her family and many friends at Southgate. She is survived by her grandchildren Mirina Brown Davis, Nicholas Garrison Scott, Lila Livingston Scott, Samantha Garrison Brown, Maxilyn Lucy Brown, Brian Brown, Kelly Brown and her great- granddaughter Avalon Davis, as well as many nieces and nephews. Lucy was recognized by those who knew her as a vivacious, magnetic and enthusiastic bundle of energy, and she had many many friends. She frequently applied her entrepreneurial passions and skills to people-oriented business ventures. Lucy was very proud of her family and followed many traditions. She will be missed dearly. A Mass of Christian Burial will be held on Friday, July 24th at 11AM at St Aloysius in New Canaan. In lieu of flowers donations can be made to Constellation Hospice, 14 Westport Avenue, Norwalk CT 06851

Share Your Memory of
Lucy
Upload Your Memory View All Memories
Be the first to upload a memory!