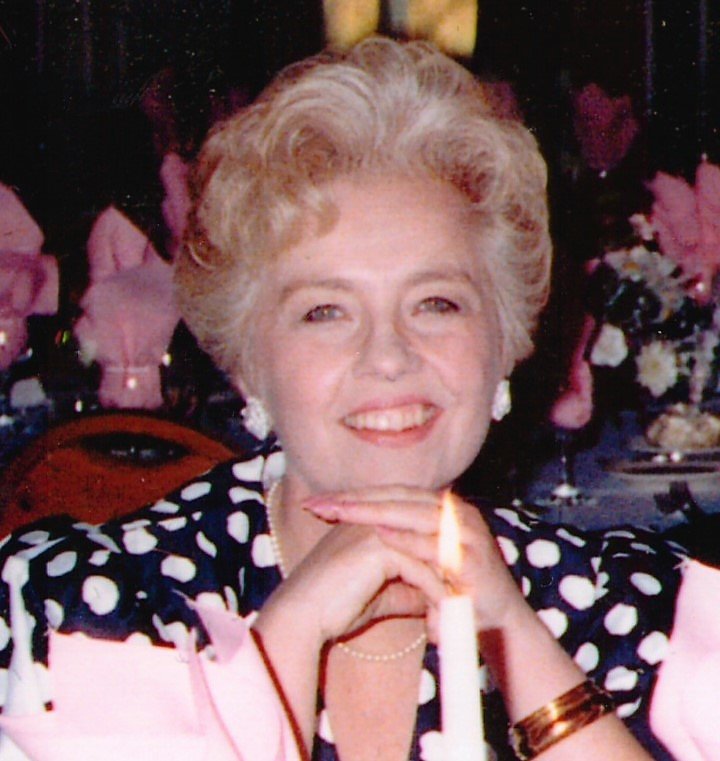 It is with profound sadness that we announce the passing of Janet Brown Annunziato. Jan, 84 years old, passed away on Thursday, June 25st at Stamford Hospital. Doctors believe she died from complications of acute myeloid leukemia. She will always be remembered as a loving and devoted wife, mother, grandmother and dear friend to all whose lives she touched. She is survived by Dr. Lewis Annunziato, her husband of 65 years. Born in Tiskilwa, Illinois on July 2, 1935, Janet was the daughter of the late Dr. Harry and Josephine Brown. In 1953, she attended The University of Illinois, studying Public Relations and was a proud member of Kappa Alpha Theta Sorority and Zeta Phi Eta scholastic society. While visiting her sister in New Canaan, a chance meeting with a dashing young dentist had Janet quickly leaving Illinois and moving to New Canaan to marry Dr. Lewis Annunziato in 1955 to start her family. Jan studied real estate at The University of Connecticut and did graduate work at Fairfield University. In 1976, She quickly made a name for herself while working at Previews Inc; an International Real Estate firm in Greenwich. A few years later, she joined Brotherhood and Higley Real Estate in New Canaan and was continuously recognized for her knowledge, enthusiasm and expertise in the local market until the day she retired in 2001. While living in New Canaan, Jan raised four children and strongly supported her husband Lew in many important roles serving the Town of New Canaan. In addition, Jan still found time to be an active member in numerous organizations in the community as a substitute teacher, founding member of the Lake and Silvermine Golf Clubs, the PTA and many others. Her greatest source of pride and devotion, however, came when she and Lew became members of St. Mark’s Episcopal Church in 1985. Jan’s faith and steadfast commitment to her church was paramount. During her 35 years there, she was extremely active in and devoted to her Parish. She gave a lot of her time to volunteering, teaching Sunday School, working coffee hours, conducting forums and helping coordinate New Canaan’s beloved May Fair. Undoubtedly, her most cherished role was that as Eucharistic Minister and Lector on Sunday mornings and high holy days. Father Justin at St. Mark’s Church said it best about Jan’s readings, “She had a way of reading that communicated the astonishing and lovely reality of the words she was saying, of the God whose story this was, the Lord whom she loved.” Another great passion of Jan’s was that of the written word; most especially her love and skill of writing poetry. A gifted writer, she wrote hilarious rhyming compositions for friends and family on special occasions, as well as the Reflections for her parish during Lent. One of her greatest works were the poetic essays she crafted and published about Life; it’s beauty, triumphs, trials and tribulations. These poems are her legacy and the greatest gift she could leave for her family and friends. They will serve not only as comfort and guidance in the days ahead, but provide the laughter and joy needed, so that we may carry on in gratitude and appreciation for having been loved by such an incredible woman. In addition to her husband Lewis, Janet is survived by her four children: Mark Annunziato of New Canaan, CT, David Annunziato of Fairfield, CT, John Annunziato of Ridgefield, CT and Amy Sullivan of Norwalk, CT. Janet is also survived by her sister, Eleanor Roll, and her seven beloved grandchildren. Memorial donations may be made in Janet's name to St. Mark's Episcopal Church here in New Canaan.

Share Your Memory of
Janet
Upload Your Memory View All Memories
Be the first to upload a memory!