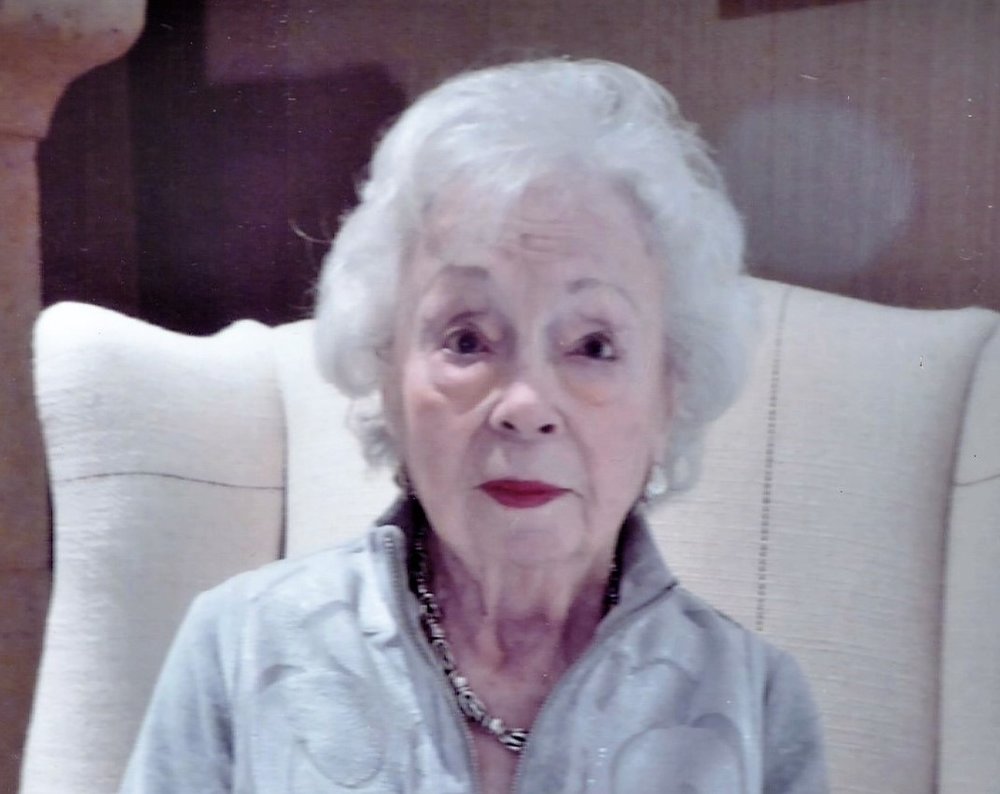 Patricia Leahy Shea, of Wilton, CT formerly a longtime resident of Floral Park, NY passed away peacefully on May 25, 2020. Pat's life was bookended by pandemics. Born in NYC on November 10, 1917 at the beginning of the Spanish flu, she succumbed to Coronavirus more than a century later. The 100+ years in between were well-lived and happy. Pat was the child of Katerine V Ward and Joseph V Leahy of New York. A brother, Robert V. Leahy predeceased her. The Leahy family moved to Queens Village, NY, where Pat attended Our Lady of Wisdom Academy, and was the recipient of the General Excellence Medal upon graduation. The family moved to Floral Park, NY in 1942 and were residents for sixty-eight years. In her twenties, Pat worked in NYC as a businesswoman until her marriage to Donald Michael Shea in 1948. Her husband died in 1990. As a widow Pat enjoyed travel, particularly, England. In her nineties she moved to Wilton, CT to live with her daughter and family, where she became "Mom" to all her daughter's friends. During her years in Floral Park, Pat volunteered her time to the Mercy Hospital League and Library. In her fifties she began a new career as a corsettier at Abraham & Strauss in Garden City, NY. She retired after 20 years - her clients were legions. Pat was an avid reader and had a keen knowledge of English history. Patricia Leahy Shea is survived by her daughter; Pat Shea Remes ( David) of Wilton, CT , her granddaughter Alexandra K. Remes of San Francisco, CA, and a cousin, Francis Mccay Blair, along with numerous nieces and nephews. A memorial gathering will be private. Her passing on Memorial Day was true Red, White and Blue.

Share Your Memory of
Patricia
Upload Your Memory View All Memories
Be the first to upload a memory!