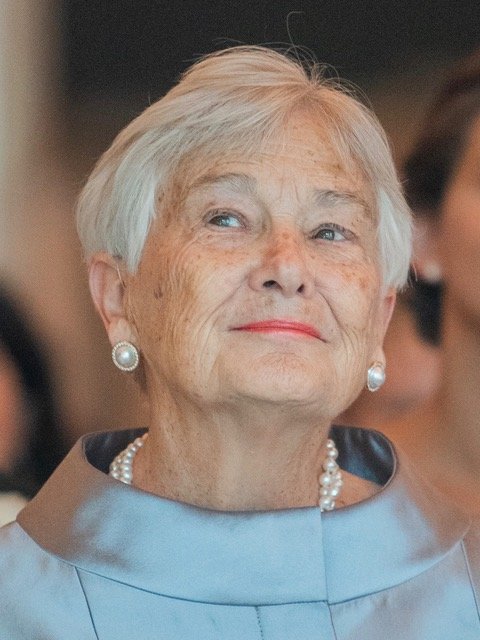 Suzanne M. Kavetas passed away on Friday, May 15, at her home in New Canaan, Connecticut, surrounded by her family, after a brief bout with pancreatic cancer. She was 82 years old. Born Suzanne Marie King in Westmont, Illinois, in 1937, Sue was the daughter of Chester L. and Florence R. King. Following her graduation from Downers Grove High School, she attended the University of Illinois, graduating in 1959 with a degree in Education. She married Harry L. Kavetas right after graduation and then served as a middle school teacher until she and Harry left Illinois for New York in 1960, when Harry began a long and distinguished career with IBM. After living in Manhattan and Westchester County for several years, the family relocated to Potomac, Maryland in 1967 and then moved to New Canaan in 1973. In her 47 years as a New Canaan resident, Sue was very active as a volunteer, often in leadership roles, especially at the New Canaan Red Cross, Meals on Wheels, and Public Access Channel 79. Sue also volunteered in the New Canaan Public schools, especially supporting the NCHS Madrigal Choir. She sang in the St. Mark’s church choir for several years during the 1970s and she worked at Brinsmaid’s jewelry store on Elm Street for most of the 1980s and the early 1990s. Sue was a regular tennis player until the end of her life. She was also a long-time member of the New Canaan Garden Club and a member of the Country Club of New Canaan. Sue also maintained a home in Manhattan and was very involved in the City Gardens Club of New York, where she served on the executive board in addition to running its scholarship program for several years and being active in its annual house and garden tour. Through City Gardens she came to know and love many different parks and gardens throughout all five boroughs. An ardent believer in the value of education, she also volunteered as a tutor within the New York City public school system. Sue was a long-time supporter of arts and culture in the city, where she frequently attended the Metropolitan Opera, Barge Music Concerts, all types of theater and contributed to the Museum of Natural History among other institutions. Known as YiaYia to her grandchildren, Sue was an intrepid traveler, making regular trips to Europe and Asia, touring with friends and visiting her children and grandchildren who lived overseas. She went hang gliding in New Zealand in her 70s and ziplining in the Dominican Republic the year she turned 80. Prematurely widowed at 61, Sue set a wonderful example of resiliency, creating a new life for herself and always moving forward, eager to learn and explore. She was a wonderful friend and a devoted mother and grandmother. Sue is survived by two daughters, Elizabeth Ann Kavetas (Lowell Paddock) of New Preston, Connecticut, and Katherine Kavetas Rothschild (Adam) of Chappaqua, New York, and a son, James David Kavetas, of Westport, Connecticut, as well as five grandchildren, Ellen Katherine Rothschild (Adam Krebs), William Matthew Rothschild, James Janson Kavetas, Annabel Janson Kavetas, and Lucinda Kavetas Paddock. In addition to her husband Harry, Sue’s son Harry L Kavetas, Jr, also predeceased her. In lieu of flowers, donations may be made in Sue’s memory to the following charities: Neighbors Link (www.neighborslink.org); and the City Gardens Club Scholarship Fund (www.citygardensclubnyc.org). The family is planning a memorial service and celebration of her life when such things are possible.

Share Your Memory of
Suzanne
Upload Your Memory View All Memories
Be the first to upload a memory!