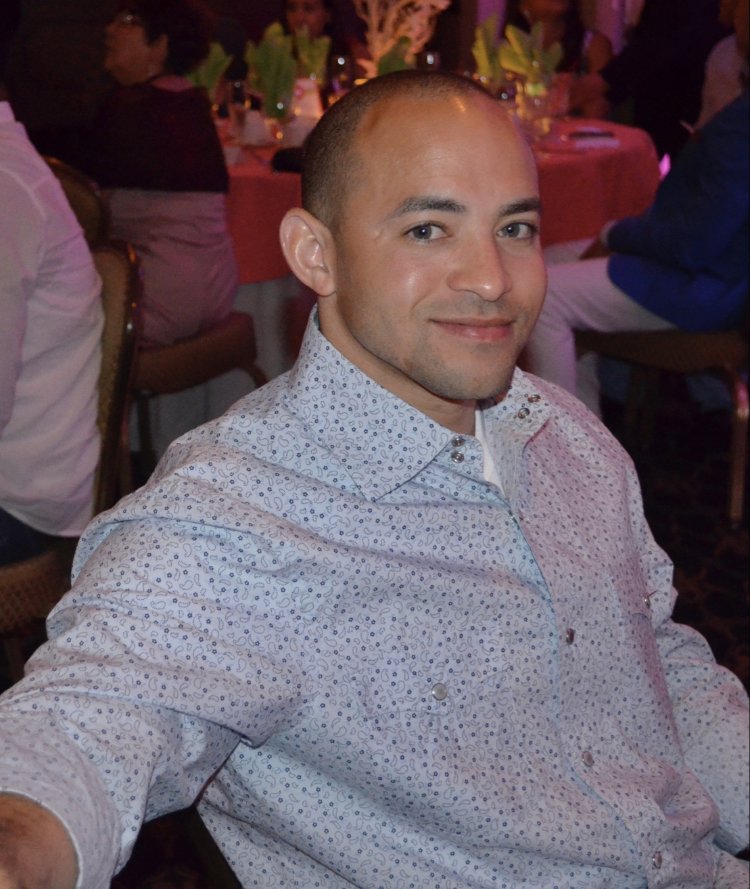 Robert Luis Germosen 45, of Nanuet, NY, passed away on May 18, 2020. He was born on July 24, 1974 to Luis and Rita Germosen. Robert was the beloved husband to Karina Germosen and beloved father to Gavin and Melania Germosen of Nanuet, NY. His siblings are Anthony, Daniel, Andre, Cindy and Margaret. Robert is survived by his loving wife Karina, son Gavin Germosen, daughter Melania Germosen of Nanuet, NY. Robert was of Dominican descent, born and raised in the Washington Heights section of the island of Manhattan, NYC. Since childhood, Robert demonstrated a strong sense of responsibility, work ethic, and an enormous love for family and friends. As a teenager, his first job was handing out flyers for the local businesses. He would save his money to buy presents for his mother who he cherished dearly from an early age. Robert attended Blessed Sacrament Elementary School in Brooklyn, Bishop Loughlin High School in Brooklyn, Sacred Heart University in Connecticut and graduated with a BA in Psychology from City College, New York City. Robert was a big sports fan, was very athletic and won several awards in track. He had a passion for handball and displayed amazing talent in this sport. Robert worked most of his career in the pharmaceutical industry. In all of his positions this was more than just a job - it was his second family. Robert cherished his friendships that he had with the countless individuals that he encountered. His passion was contagious with all of his colleagues. Everyone looked up to him as someone they could count on. He will always be remembered for working hard, being a team player and also as a loyal friend. Robert was an amazing Devoted Father, Husband, Brother, Son, Friend, Uncle, Nephew, Cousin, Co-worker, Role-Model, Godfather, Protector and many more, his virtues were endless. He ALWAYS radiated a calming, positive, vibrant, wonderful energy. He touched the lives of so many people and always went out of his way for others. People related to him and he always stood out. He had the sweetest disposition and such manners. He was a soft spoken, and a big hearted person with so much admiration from all people. He was an incredibly unique beautiful man inside and out. He was a gentle soul who showed so much kindness, laughter and words of wisdom. Whoever knew him became a better person and were blessed. We were all lucky to have witnessed what happiness, love, goodness, positivity and insight he brought to the lives of his children, family and friends. God had bigger plans for Robert and Heaven could not wait for such an extraordinary Angel. He left an indelible mark during his time on Earth. His spirit will always be present in our hearts and the wonderful memories will be our consolation. Robert was the thread that kept everyone together and will be dearly missed.