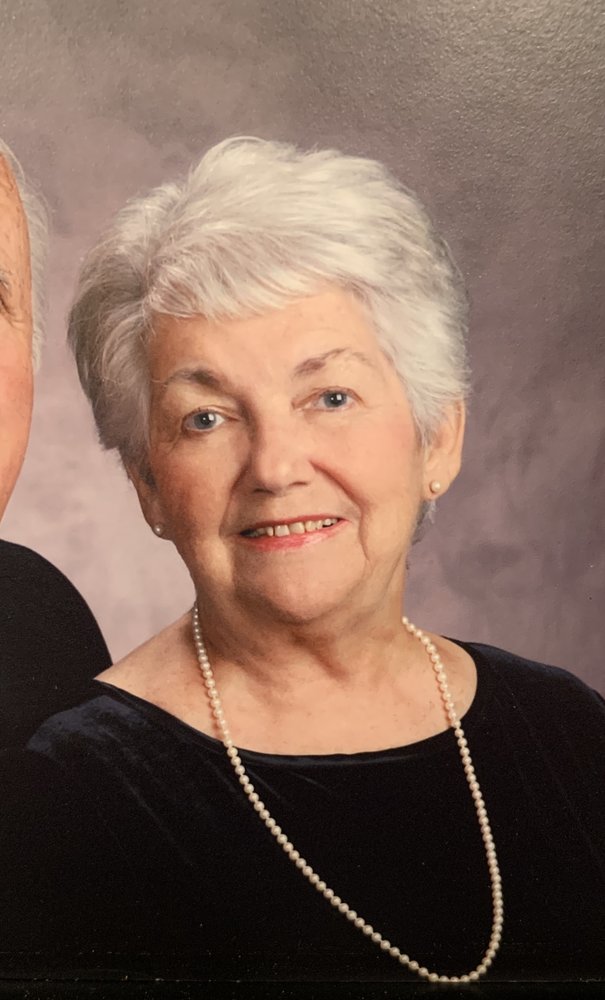 Dorothy Viola (Mann) Ready of Southbury, CT and former longtime resident of New Canaan, died peacefully April 9, 2020 at the Lutheran Home in Southbury at the age of 85. Dorothy was the wife of Eugene F. Ready, former Chief of Detectives with the New Canaan Police Department. She was born in Mt. Vernon, NY on July 6, 1934, the daughter of the late Frederick and Mary Poczak Mann. Dorothy met her husband while working for General Foods in White Plains, New York. They married in 1957 and started a family shortly thereafter. After taking time to be a full-time mom, Dorothy returned to the workforce as a bookkeeper at Bob’s Sports Shop in New Canaan for 30 years. In retirement, she and her husband moved to Yarmouthport, MA. Dorothy enjoyed her life living on Cape Cod, but eventually returned to Connecticut to spend more time with her grandchildren. She immersed herself in the lives of her grandchildren attending their sporting and school events, birthdays and holidays. Dorothy was skilled at planning and organization, which served her well throughout her career and in life. She possessed an intellectual curiosity and had a near photographic memory. While a homemaker she was devoted to raising her children and became interested in interior decorating and gardening. Dorothy was a loving wife, cherished mother and grandmother and a loyal friend to all who knew her. She will be missed by all who surrounded her with love. Dorothy is survived by her husband of 62 years, Eugene, and three children: son Eugene Scott and wife, Veronica, of New Canaan; son William and wife, Barbara, of Southbury; and daughter Pamela and husband, Steve Heckendorf, of Southbury. She is also survived by her eight grandchildren: Shane, Tori and Marlee Ready of New Canaan; Zachary, Jacob and Daniel Ready of Southbury; Olivia and Amelia Heckendorf of Southbury. She is also survived by her brother, William Mann and his wife, Kathy, of Palm Coast, FL. Her sister, Goldie Barbato of Myrtle Beach, SC predeceased her. A private Funeral Service and Burial will be held at The Hoyt Funeral Home in New Canaan. Contributions in her memory may be made to the Alzheimer’s Association at www.alz.org

Share Your Memory of
Dorothy
Upload Your Memory View All Memories
Be the first to upload a memory!