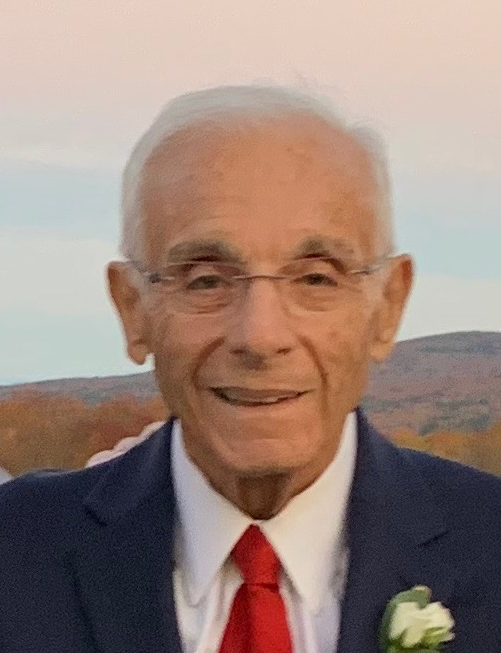 Peter Michael Santella, 87, of New Canaan, CT passed away on March 19, 2020 with his loving family by his side. Peter was born on July 31, 1932 in the Bronx, NY to the late Joseph and Fannie Vitti Santelle. Peter was educated at Darien High School. From there he volunteered for the United States Marine Corps and was a combat veteran of the Korean War. Peter was fiercely proud to be part of the Corps, whose core values of honor, courage and commitment drove him his whole life through. Upon his return from Korea, with just a toolbox and a truck, he founded the Peter M. Santella Company. Currently known as Santella Electric, to this day it remains a successful and stalwart business servicing the community with ethics, integrity and professional excellence. Throughout his career, Peter also held various high profile positions within the National Electrical Contractors Association. On April 7, 1956 Peter married the love of his life, Regina Maria Luciano. They have been married just shy of 65 years and have both been devout parishioners of St. Aloysius Church, where they held their wedding ceremony. Amongst his proudest accomplishments, in 1959, Peter was a founding member of the New Canaan Chapter of Rotary Club International. He relished the opportunity to support charitable contributions on a local, national and international level and was recently honored for his 60 years of steadfast service. Always a committed and proud leader in the community, Peter was a Commissioner of the New Canaan Police Department, an organizer and Director of the New Canaan Bank and Trust Company, and was the longest standing member of his pride and joy, the Country Club of Darien. In his downtime, Peter was happiest on the golf course…a game he passionately studied and played his whole life. Peter was tenacious about optimum performance in everything he did, and maintained an unwavering commitment to mental and physical fitness. Until his final moment, Peter was always looking for improvement in himself and those around him. Peter has joined his beautiful daughter, Cynthia Mahoney, in heaven and is survived by his wife, Regina; his son Peter Santella, Jr.; his daughter Sharon Santella Browne; and their spouses, Marisa and Jeremy. Additionally, Peter is survived by his grandchildren, Kristin Santella Hlavka, John William McVey, Jr., Katelyn Santella Roske, and Michael Santella; and his great grandchildren, Robert Wesley Hlavka, and yet to be determined child of Katelyn, due to come into this world shortly. RIP...Heaven is a better place with the addition of Peter Michael Santella. Semper Fi… Service and Burial will be private. A Memorial Mass will be held at a later date.

Share Your Memory of
Peter
Upload Your Memory View All Memories
Be the first to upload a memory!