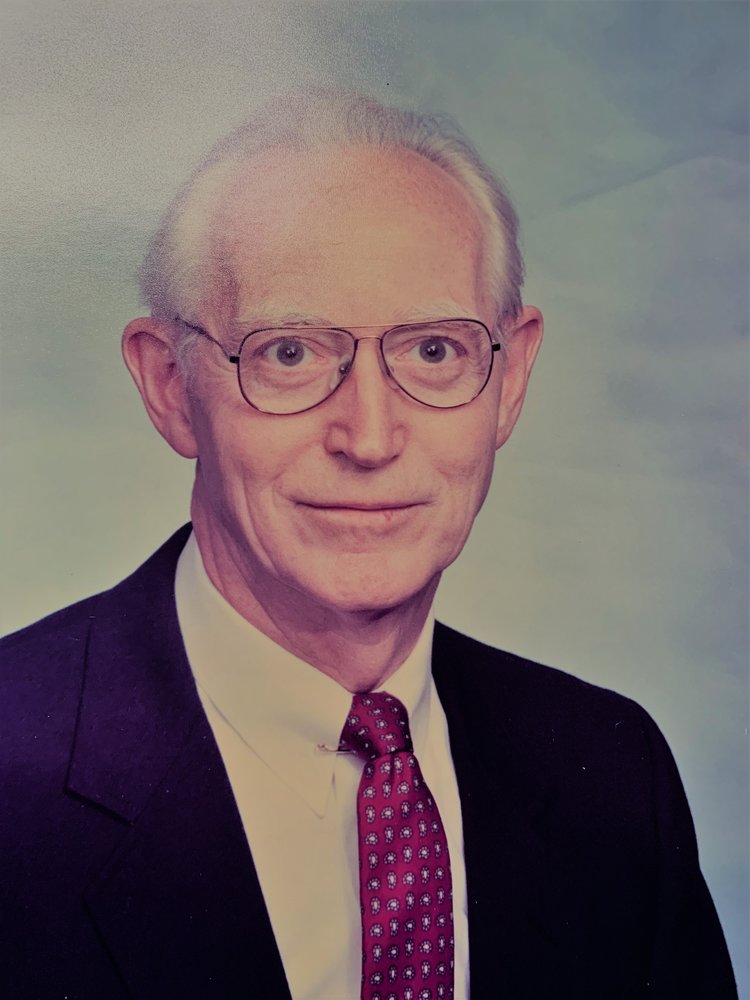 Gustave H. Maier, age 97, a longtime Greenwich resident died peacefully Monday, February 17, 2020, in Norwalk Hospital. Born in New York City on Jan. 25, 1923, he was the son of the late Gustav and Crescentia (Stimpfle) Maier. Gustave was the husband of the late Patricia Anne (McCarren) Maier who died in 2001. After attending school in Manhattan, Gus served in the US Army, Quartermaster Corps, and reached the rank of Staff Sergeant while stationed in Hawaii during World War II. Following his return in 1945, he settled in Bronx, NY and learned the jewelry engraving trade, later operating his own business, M&M Engravers, in lower Manhattan for more than 40 years. Married in 1952, Gus and Pat lived in the Bronx and spent weekends and summer vacations at their home near Candlewood Lake in Brookfield, CT, where Gus enjoyed sailing, tinkering in his workshop, and the company of a wide circle of friends that he regaled with a seemingly endless string of stories and jokes. Gus and Pat moved to Greenwich in 1979, where they were parishioners of St. Mary’s Catholic Church, and he lived there until a move to assisted living in Norwalk in 2017. Following Pat’s death in 2001, Gus was an active participant at the Greenwich Senior Center, where he sang with the Silvertones. His many interests included Civil War history, antique guns and watchmaking, and he kept a collection of Civil War books and clocks and watches in various stages of repair. Gus is survived by his son Raymond G. Maier and daughter-in-law Faye White Maier of New Canaan, and their son Eric G. Maier of San Francisco. He was predeceased by his two sisters, Anna and Martha, and survived by a sister-in-law, Helen (McCarren) Gawlik of Manchester Center, VT and their children, his nieces and nephews. A memorial gathering will take place at the Hoyt Funeral Home, 199 Main Street, New Canaan at a later date. In lieu of flowers, the family requests donations in his memory to the Susan G. Komen Breast Cancer Foundation or any charity of choice.

Share Your Memory of
Gustave
Upload Your Memory View All Memories
Be the first to upload a memory!