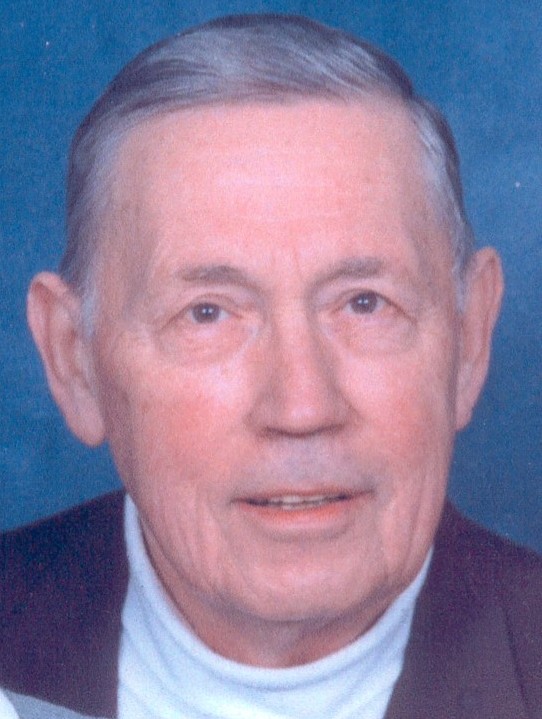 Gene D. Moorman, 88 of Norwalk, passed away peacefully at home on February 10, 2020 surrounded with love. He was born in East Orange, NJ, on December 20, 1931, to Charles and Gladys F. Moorman. Gene was the beloved husband to Sophie Dymek Moorman, of Norwalk. Gene was a professional electrical design engineer for leading military contractors. Gene created his own independent corporation which provided research and development on products that would go on to be used by the US Navy and the US Coast Guard. Gene was awarded with two patents dealing with Electro Hydraulics. While retired, Gene created ‘The Village Tinker’ which was a company that offered electrical and handyman services for the local community. Gene was a lifelong member of the Institute of Electrical Engineers. Gene was also a musician that played a variety of instruments such as the tuba, piano, and the string bass violin with the municipal bands, orchestras, and also at nursing homes. Gene was the proud owner of his own pleasure boat which he liked to take out on to Long Island sound to catch clams and fish. Gene was a dedicated member of the Knights of Columbus where he was a third degree knight with the 2287 Chapter at St. Aloysius. Gene was the head usher at the 8:30AM mass for many years at St. Aloysius. Gene was a faithful communicant and he would never miss a mass even if he was away on vacation. Gene was blessed to have received all of the sacraments before passing peacefully. In addition to his loving wife of 64 years, Sophie, Gene is survived by his loving children Cathy (Mike) Cullinan, David (Janet) Moorman, Diane Marcavage, Sandra Moorman, Mark (Maura) Moorman, Nancy (Herman dcd.) Kniesch, Mary Ellen (Terry) Barnett, and Michael (Michelle) Moorman. Gene is also survived by his 9 grandchildren, Nathan, Becky, Kevin, Christopher, Griffin, Spencer, Katie, Jonathan, and Meghan. Also surviving Gene is his Great grand Daughter, Theodora, and his brother Gary and sister Gail Moorman. A memorial service will be held in Gene's honor on Saturday, February 22, 2020 at 11:00 AM at St. Aloysius Church, 21 Cherry Street, New Canaan. The family will be receiving friends at 10:00 AM prior to the mass, at St. Aloysius. A burial will follow at St. John’s cemetery of Norwalk. A reception will follow the burial at Stapleton Hall. The family has requested that no flowers be sent for Gene. Instead, spend that money on your favorite charity.

Share Your Memory of
Gene
Upload Your Memory View All Memories
Be the first to upload a memory!