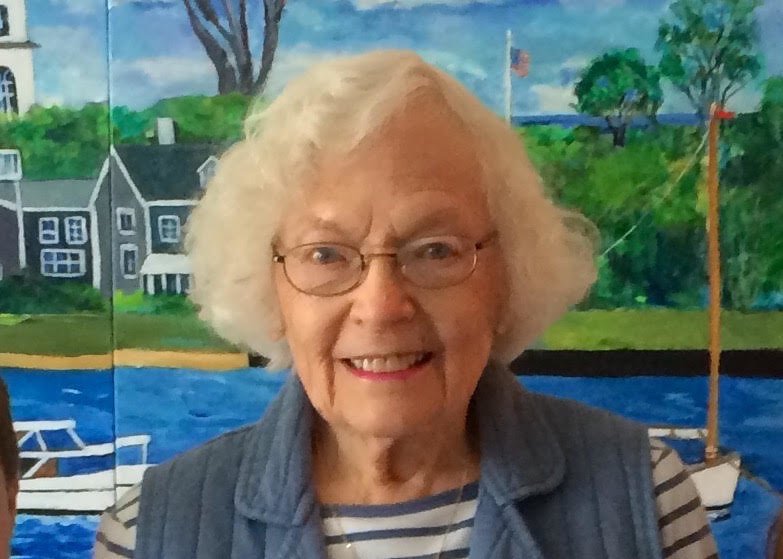 Louise D. Shea (Smith) died peacefully on December 24, 2019 at 2:04 AM at the age of 104. Louise was a resident of Waveny Life Care in New Canaan, Ct. Prior to Waveny, She resided at Ogden House in Wilton, CT for 23 years. Louise also lived in New York City, Forest Hills, NY, Rye Brook, NY, Guilford, CT and Chatham, MA. Louise lived a long and wonderful life as a mother, grandmother and great grandmother, an accomplished artist and beautiful person. She was born in New York City in 1915. As a young woman, Louise came to love New York City where she lived. She was a model and employed by The New Yorker Magazine. Louise was married to her loving husband James for 25 years until his untimely death in 1966. Louise was a devoted mother and found herself with a young family to raise after becoming a widow at 51. Her children were blessed to be raised by her. She developed her talents as an artist later in life, skilled in water colors and acrylics. Her work was featured in many shows, exhibits, and in her own studios located first in Chatham and then Orleans, MA. Louise was a devoted mother who loved her children and was loved in return by her family as well as all those who came in contact with her over the years. Louise parents were Bernard Smith and Greta Ohlsen of New York City. She was pre deceased by her husband James A. Shea of New York City. She is survived by her 5 children, 12 grandchildren and 11 great grandchildren: son James A Jr (Susan Kendall), three grandchildren and four great grandchildren, Son Richard D (Deirdre Kelly) two grandchildren and one great grandchild. Son Peter K (Mary Lee Downey), three grandchildren and five great grandchildren. Son Michael J (Kathy D’Amour), two grandchildren and one great grandchild, Daughter Wendy & Randal Cole and two grandchildren. A Mass of Christian Burial to celebrate the life of Louise will be held at Our Lady of Fatima Catholic Church in Wilton, CT at 11AM on Monday, December 30 with burial to follow at Gate of Heaven Cemetery in Hawthorne, NY. Prior to the Mass will be calling hours from 9:00AM-10:30AM at the Hoyt Funeral Home in New Canaan, CT. The family has requested that in lieu of flowers, donations be sent to Our Lady of Fatima Catholic Church, 229 Danbury Road, Wilton, CT.

Share Your Memory of
Louise
Upload Your Memory View All Memories
Be the first to upload a memory!